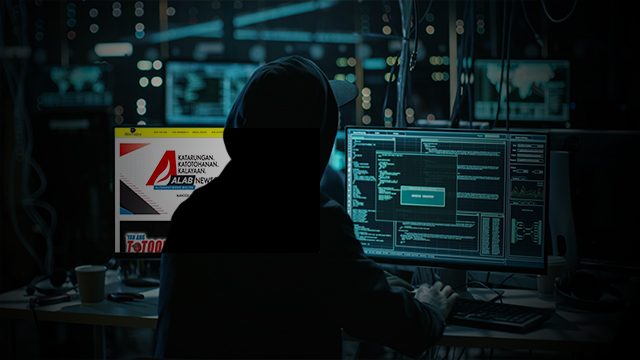 Facebook Twitter Copy URL
Copied
Altermidya Network says it will not cower despite the attacks, remaining committed to reporting 'the truths that need urgent telling'

MANILA, Philippines – The Altermidya Network slammed the actions of those sending off distributed denial of service (DDoS) attacks against its member sites.

In a statement released Wednesday, February 6, the organization recounted how the sites Bulatlat.com, Kodao Productions, and Pinoy Weekly, were hit in December 2018 by what it called “intense” DDoS attacks. The attacks resumed on January 25, affecting Bulatlat and Kodao Productions.

Swedish nonprofit Qurium, which took over the hosting of Bulatlat.com, said the attackers apparently used “nearly 2,000 computers to saturate the website and make it unreachable.” A separate attack showed the attackers sending 3 million packets of bogus traffic per second to the site. Similar techniques were used against Kodao.org

Qurium, which provides rapid response services to media groups and civil society organizations, pointed to the possibility of an attacker using “an extraordinary amount of resources” to attack Altermidya-affiliated sites.

The site disruptions appear to have been resolved as of this writing, though the chilling effect of such an attack remains.

Altermidya believes “there is no one else that could possibly be behind these attacks than the Duterte administration itself, which has taken increasingly bold steps to curtail press freedom and the people’s right to know.”

It pointed to actions by the Duterte administration to red-tag members of the organization “for coming out with information that the economic and political elite want hidden.”

The organization said member institutions have been consistently threatened and attacked by the administration for their reporting.

Said Altermidya, “Last December, our correspondents from alternative media outfits in Panay were included in a wanted poster of so-called ‘communist terrorists.’ Last year, 3 of our journalists were arrested while covering the dispersal of the picket line by NutriAsia factory workers. Reporters from Mindanao-based alternative media outfits were also barred from coverage in Marawi and other conflict hotspots under martial law.”

Altermidya added it would not cower in the face of attacks online or offline. The organization said it remains committed to reporting “the truths that need urgent telling.” It also supports actions taken by Bulatlat to find the attackers and seek redress. – Rappler.com