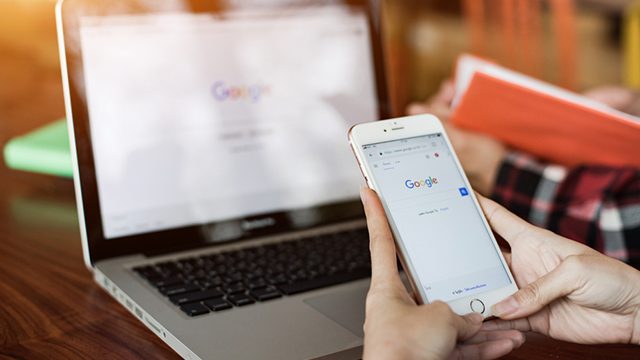 Facebook Twitter Copy URL
Copied
(UPDATED) The fine brings Google's total tab with the EU to 8.2 billion euros in less than two years. This is far less than the maximum fine of 10% of Google's annual turnover.

Google and the EU have been at loggerheads about the monopoly of Google over internet search in Europe since 2009 and the AdSense case was the only complaint still open.

The original complainant in the decade-long case was Microsoft, but the US software giant later pulled out of the case in a truce with its US arch-rival.

“Today the commission has fined Google 1.49 billion euros ($1.69 billion) for illegal misuse of its dominant position in the market for the brokering of online search adverts,” EU Competition Commissioner Margrethe Vestager said.

“The misconduct lasted over 10 years and denied other companies the possibility to compete on the merits and to innovate – and consumers the benefits of competition,” Vestager said.

The fine brings Google’s total tab with the EU to 8.2 billion euros in less than two years, which amounts to far less than the maximum fine of 10 percent of Google’s annual turnover, Vestager said.

In July 2018, the US giant was ordered to pay a record 4.34 billion euros for abusing the dominant position of Android, its smartphone operating system, to help assure the supremacy of its search engine.

A year earlier it slapped Google with a fine of 2.42 billion euros for abusing its dominant position by favouring its “Google Shopping” price comparison service in search results.

Google has appealed both decisions to the European Court of Justice in Luxembourg.

Responding to this latest ruling, Google public affairs chief Kent Walker said the company had “already made a wide range of changes to our products to address the Commission’s concerns. (READ: Google unveils search changes to placate EU)

“Over the next few months, we’ll be making further updates to give more visibility to rivals in Europe,” he said.

Hoping to end the decade-long dispute, Google on Tuesday unveiled a series of tweaks to its European search engine results that would allow certain rivals a more prominent position on results pages.

The change would apply to shopping aggregators, as well as tourist and travel advice sites such as Trip Advisor and Yelp.

The cases against Google, as well as a landmark 14.3-billion euro tax decision against Apple, thrust the former Danish minister into the spotlight as a champion of fighting US dominance.

Commissioner Vestager landed her latest verdict on the eve of her announcement to be part of a team of candidates that will lead the European elections campaign for the liberal ALDE movement.

Nicknamed “the tax lady” by US President Donald Trump, Vestager is the most prominent member of the team that will be appointed Thursday by the heads of state and government linked to ALDE.

“I will be active in the coming months to see if I can enable more voters to go and vote,” Vestager told a press briefing, avoiding saying more on her ambitions for higher office. – Rappler.com