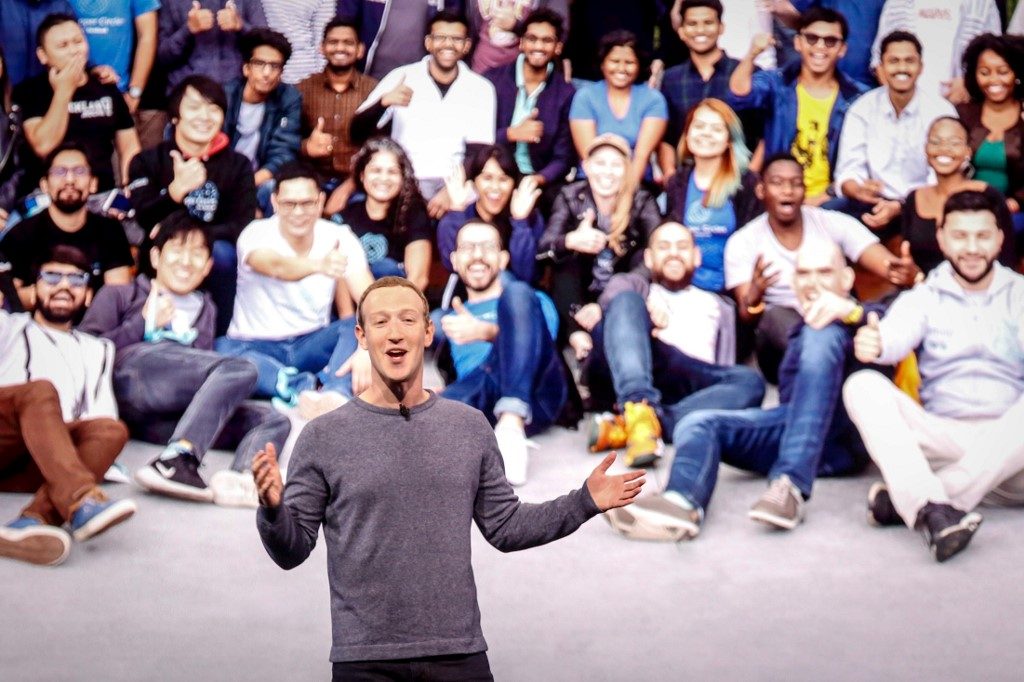 CALIFORNIA, USA – Got a crush on another Facebook user? The social network will help you connect, as part of a revamp unveiled Tuesday, April 30, that aims to foster real-world relationships and make the platform a more intimate place for groups of friends.

The new features were introduced in a revamped Facebook app as the embattled social network embarks on a new strategy emphasizing private communications and small groups.

“As the world gets bigger and more connected, we need that sense of intimacy more than ever,” Zuckerberg said as he opened the F8 developer conference for the social networking giant.

“That’s why I believe the future is private.”

The new app made available to US users Tuesday aims for a new direction for Facebook: it eliminates the blue background and offers a range of new ways to connect, in line with Zuckerberg’s vision to move away from the “digital town square” to a “digital living room.”

Facebook’s shift comes response to criticism over failing to curb misinformation and manipulation of the platform used by 2.3 billion people, and missteps on handling of private user data.

“It can be hard to find your sense of purpose when you are connected to billions of people at the same time,” Zuckerberg told the developers gathered in San Jose, California.

“I know we don’t exactly have the strongest reputation on privacy right now, to put it lightly,” he said. “But I am committed to starting a new chapter for our product.”

Changes announced Tuesday put groups at the center of the experience and add dating, friend-making and events features intended to promote people getting together in real life, Facebook’s new app head Fidji Simo told AFP ahead of F8.

The redesign is meant to make it easier for users to take part in communities, whether based on friendships, family ties or common interests, according to Simo.

While counterintuitive, Facebook sees the change as potentially bringing people with opposing political viewpoints together rather than separating them in “filter bubbles.”

“We are seeing that groups can bridge people across dividing lines,” Simo said.

“If you are a dog lover, you will find people who are dog lovers across all divides, political or otherwise,” she added.

A “Meet New Friends” feature being gradually rolled out will let users opt in to getting acquainted with others interested in fresh connections in shared communities.

Facebook also announced it is expanding its dating feature to 14 more countries including the Philippines, Singapore, Brazil and Chile.

A new feature called “Secret Crush” will let people signal which friends they are interested in romantically, but only letting the object of their fancy know it if that person makes similar interest known on a private crush list.

“We think there is a lot of potential in developing these relationships,” Simo said.

“It’s all built with privacy in mind, and with the goal of building meaningfully long-term relationships and not just hookups.”

The ability for people in small groups to be able to communicate securely and privately is seen as essential to making the social network more intimate.

There are tens of millions of active groups on Facebook, and more than 400 million people belong to groups at the social network.

Separately, Facebook unveiled a Messenger app overhaul that makes the mobile software leaner, faster and more of an energy miser.

“We rewrote practically all of the code from scratch,” Facebook head of messaging product Stan Chudnovsky told AFP.

“We made Messenger the fastest private communication hub on the planet.”

Features built into the new Messenger app used by some 1.3 billion people build on the social network’s broader vision of small-group-sharing in “virtual living rooms,” according to Chudnovsky.

Facebook also announced its Portal video call device would be available internationally starting with Canada in June and Europe later this year, and would allow calls over the WhatsApp messaging platform.

The Oculus Rift S and Oculus Quest headsets, starting at $399, will begin shipping on May 21, expanding Facebook’s move into virtual reality and gaming, the company said. – Rappler.com