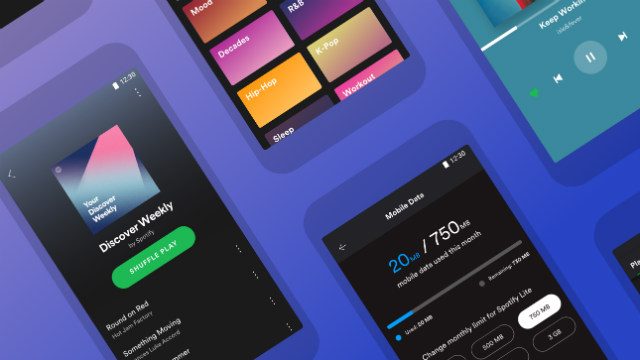 MANILA, Philippines – Spotify has officially launched its own light version for its app, Spotify Lite.

Other features of the Spotify Lite include the user ability to set data limits when streaming, with the app notifying the user when the limit is reached. Spotify Lite also lets you clear you cache like the original app.

Many of the features of the original app make it to the light app including saving songs, sharing songs, premium access, and Spotify-curated playlists. The Lite version works on devices running on Android version 4.3 (Jelly Bean) and up. Curiously, the original Spotify app is able to run on an older version of the OS, Android 4.1, according to its support page.

“Spotify Lite was built from the ground up based on user feedback from around the world, allowing millions more to enjoy the world’s best music experience — especially in areas with limited bandwidth and phone storage,” says Kalle Persson, Senior Product Manager at Spotify.

Lite is now officially available in 36 markets including Indonesia, the Philippines, Vietnam, and Malaysia.

Gautam Talwar, managing director at Spotify Southeast Asia, notes: “Southeast Asia is one of the fastest growing music markets in the world, but music streaming is only just taking hold. With mobile phone adoption skyrocketing and many users coming online for the first time, Spotify Lite opens up the Spotify experience to millions more music fans.”

Spotify is the leader in audio streaming with 217 million users worldwide, including 100 million Spotify Premium subscribers, across 79 markets. – Rappler.com