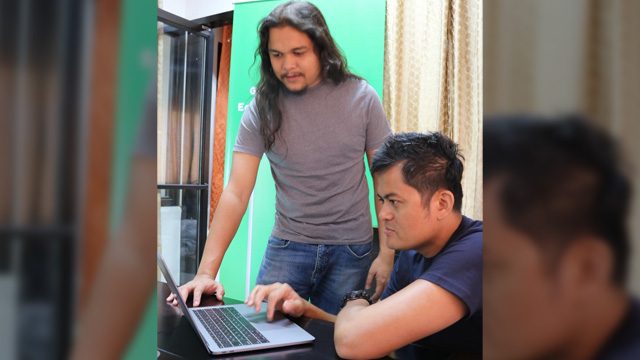 DAPITAN CITY, Philippines – Calling it the “Grab” for garbage, two brothers here tied up with the local government to use their “Hakoot” mobile application, an engagement platform between garbage collectors and garbage generators.

Claiming to be the first in the country, Hakoot developer Efren Jamolod Jr. – a Dapitanon working as software architect in Linköping, Sweden – said he, together with his brother Jesrome – a software engineer in Cebu City – developed two applications for the system, one for the garbage collectors and the other for the residents and establishments.

“Through their cellphones, residents and establishments can in real time inform garbage collection management (of) the volume and kind of garbage they want to dispose,” Efren said. He added the city’s solid waste management receives feedback and input, enabling them to efficiently manage the routes of their garbage trucks, effectively dispatch garbage trucks and crew, and decide whether there is a need to send garbage trucks for another round.

Efren added Hakoot enables residents and establishments to monitor through their cellphones the location and direction of garbage trucks. An existing ordinance provides that garbage should be taken out to the streets only when garbage collectors arrive.

“Hakoot enables residents to know when to take out their garbage, unlike the present set up wherein residents and establishments have to watch out the whole day for the garbage truck that sometimes doesn’t come,” he said.

Efren also stressed that the maximum effectiveness of Hakoot remains dependent on solid waste management infrastructure – having enough garbage trucks and collectors and the establishment of Material Recovery Facilities and the main residual containment facility.

“We have the residual containment facility, but we still have to prod each barangay leadership to establish their own material recovery facilities, and worst we don’t have garbage trucks, we just borrow two dump trucks from the Engineering Office,” Alvi Agolong, head of Dapitan’s Solid Waste Management operations, said,

The problem with borrowing trucks is a borrowed truck can only be used for a single round on its route every day, “and it has to be sent back for engineering works,” Agolong said.

Dapitan has only about 5  tons of garbage daily, which can be met up with 3 to 4 garbage trucks and about 32 collectors and drivers.

At present, Agolong admitted they can hardly collect the city’s garbage, “particularly if the schedule is disrupted when the aging dump trucks bog down or if trucks are already full before its routes are completely covered.”

Efren noted, “Frustrated residents have no one else to go to but social media.”

He added, “We were troubled, annoyed with the rants of our fellow Dapitanons on uncollected garbage, that’s why I called up my brother telling him we have to do something.”

“Thus the birth of Hakoot, but we will continue on improving the software through the feedback of those in the solid waste management (department) and the residents and establishments. Hakoot has to be tailor-fit for the needs of the city,” Efren stressed.

In principle, the Jamolods and the City Government have already agreed to use Hakoot, and a memorandum of agreement will be signed this week with Mayor Rosalina G. Jalosjos, who just ordered the immediate purchase of two new garbage trucks and another two next year.

Asked why the letter “o” is used twice in Hakoot, the developers smilingly replied, “That’s how we Bisaya-speaking pronounce it.” – Rappler.com