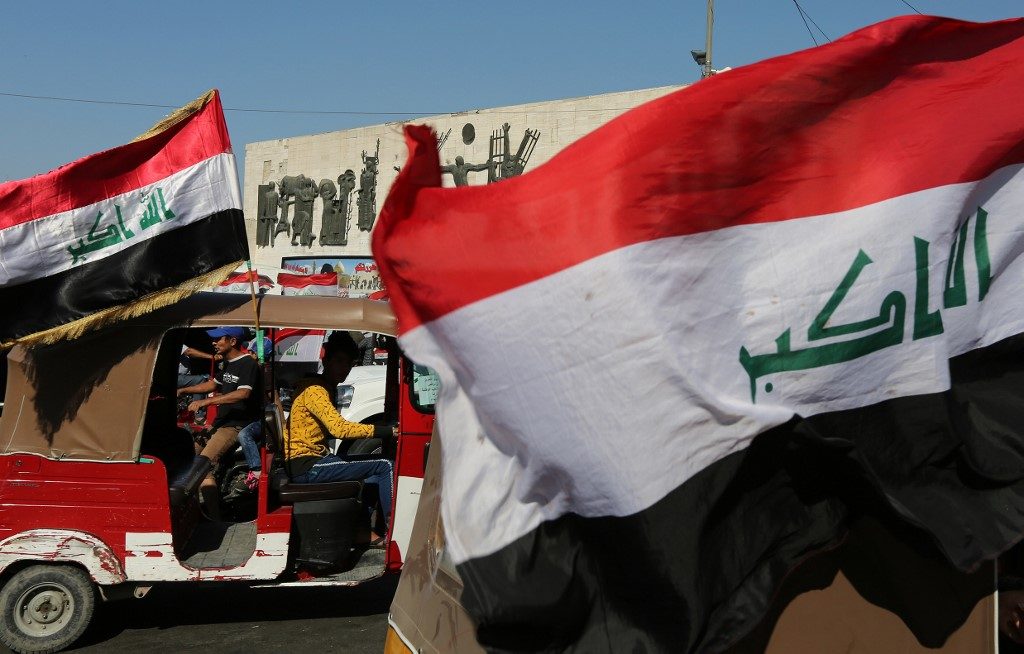 Cyber security NGO NetBlocks said Tuesday that the blackout is “the most severe telecommunication restriction to have been imposed by Iraq’s government since protests began” on October 1.

While civil disobedience has been the main tactic since protests calling for the “fall of the regime” resumed on October 24, Monday was marked by violence.

Overnight on Sunday, four protesters were killed near the consulate of Iran in the holy city of Karbala, about 100 kilometres (60 miles) south of Baghdad.

Protesters had tried to set fire to the consulate, accusing Iran of propping up the government they are trying to overthrow.

In central Baghdad on Monday, security forces fired live ammunition at protesters for the first time since demonstrations resumed on October 24, with clashes continuing into Tuesday.

Clashes flared on bridges leading to the cabinet offices, the foreign and justice ministries, and the Iranian embassy, with protesters throwing stones and security forces firing tear gas and live rounds.

Since protests began on October 1, about 270 people have been killed, mostly protesters, according to figures collated by AFP after authorities stopped releasing death tolls.

From October 1 to 6, officials said 157 people were killed, nearly all protesters shot by snipers, who the government said it was unable to identify.

From October 3, Baghdad cut the internet, only reconnecting it two weeks later. Blocks on social media websites remain in force, but can be bypassed by using a virtual private network (VPN) application. – Rappler.com