Amazon says ‘bias’ in Pentagon awarding $10-B contract to Microsoft

Nov 15, 2019 12:27 PM PHT
Agence France-Presse
Facebook Twitter Copy URL
Copied
'It's critical for our country that the government and its elected leaders administer procurements objectively and in a manner that is free from political influence,' a spokesperson for Amazon Web Services says 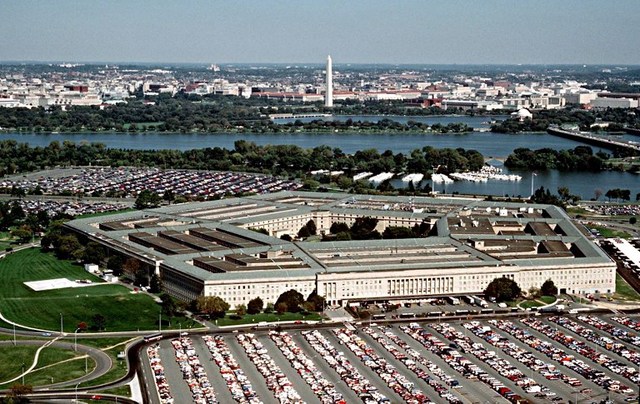 The 10-year contract for the Joint Enterprise Defense Infrastructure program, better known as JEDI, ultimately will see all military branches sharing information in a system boosted by artificial intelligence.

“It’s critical for our country that the government and its elected leaders administer procurements objectively and in a manner that is free from political influence,” a spokesperson for Amazon Web Services said.

Amazon said it filed a notice in US court last week signaling its intent to protest the handling of the bidding process, which the Department of Defense maintained was fair.

US President Donald Trump has repeatedly lashed out at Amazon and company founder Jeff Bezos, who also owns The Washington Post. The newspaper is among US media outlets most critical in its coverage of Trump and his administration.

The president told reporters during a news conference in July that he had asked aides to investigate the JEDI contract, citing complaints from companies that compete with Amazon.

“I’m getting tremendous complaints about the contract with the Pentagon and with Amazon. … They’re saying it wasn’t competitively bid,” Trump said.

“Some of the greatest companies in the world are complaining about it, having to do with Amazon and the Department of Defense, and I will be asking them to look at it very closely to see what’s going on.”

From leader to loser

Amazon was considered the lead contender to provide technology for JEDI, with its Amazon Web Services (AWS) dominating the cloud computing arena and the company already providing classified servers for other government outfits including the CIA.

But the Pentagon delayed awarding the hefty contract, saying the process would be reviewed by newly appointed Defense Secretary Mark Esper, who was selected by Trump.

A new book on the tenure of Esper’s predecessor James Mattis, written by his speechwriter Guy Snodgrass, contends that Trump told Mattis to “screw Amazon” out of the JEDI contract.

Microsoft was Amazon’s only rival in the final bidding for the winner-take-all contract, despite employees urging it to drop out. The Pentagon announced it was awarding the contract to Microsoft in late October.

Microsoft did not immediately respond to an email seeking comment late Thursday.

“AWS is uniquely experienced and qualified to provide the critical technology the US military needs, and remains committed to supporting the DoD’s modernization efforts,” the Amazon spokesperson said.

Microsoft chief Satya Nadella and Amazon’s Bezos are “laser focused” on what has the potential to be a $100 billion market for government projects, according to Wedbush analyst Daniel Ives.

Amazon’s protest of the JEDI procurement process is not likely to change the decision, the analyst said.

“We ultimately believe this is a paradigm changer for Microsoft who will remain the lone winner,” Ives said, calling Amazon’s loss a “black eye” for the company and Bezos.

Microsoft should be able to beef up its cloud services with money from the major military contract, increasing the odds of beating AWS more often in a market expected to see $1 trillion in cloud spending in the coming decade, according to the analyst.

Microsoft reported that profits rose 21% in the recently ended quarter on the back of its thriving cloud computing business which has become a core focus for the US technology giant.

The tactic is a major switch from the way the Redmond-based company built its empire selling packaged software to computer users.

Amazon, one of the world’s most valuable companies, has expanded from its origins in e-commerce to cloud services, streaming media, artificial intelligence and other ventures.

AWS accounted for nearly $9 billion in revenue in the recently-ended quarter, with growth in the cloud computing unit up 35% from a year ago. – Rappler.com