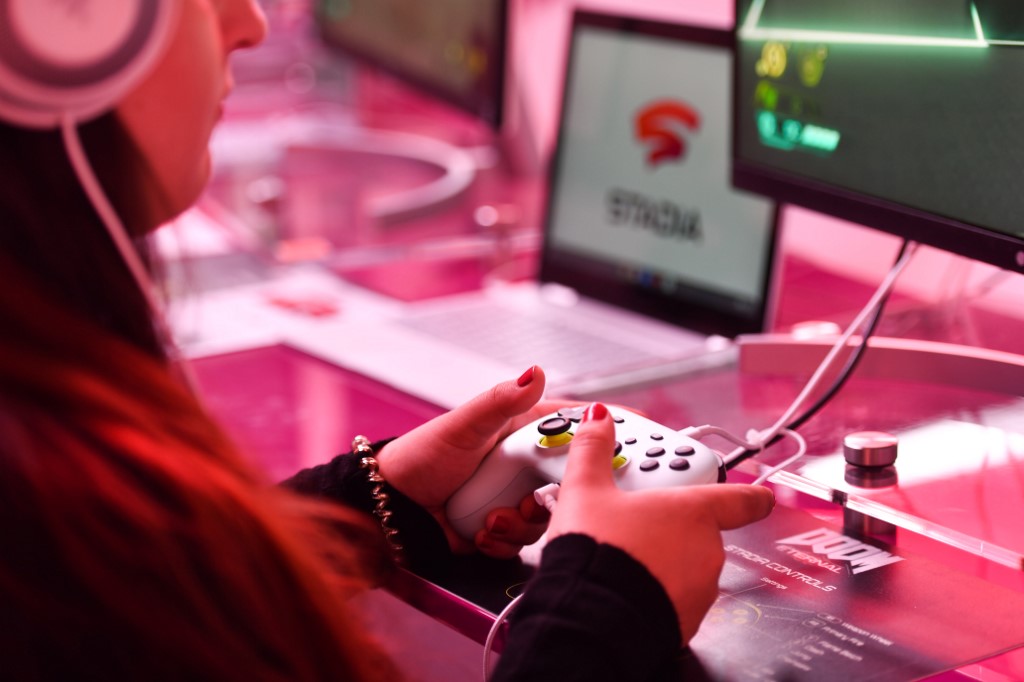 SAN FRANCISCO, USA – Ever-expanding Google becomes a gaming company on Tuesday, November 19, with the launch of its Stadia cloud service that lets people play console-quality video games on a web browser or smartphone.

The internet giant hopes to break into the global video game industry expected to top $150 billion this year, with cloud technology that could broaden audiences attracted by rich new features as well as ease of access with no more need for consoles.

But analysts say Stadia’s outlook is uncertain as its faces rivals such as PlayStation Now in an emerging and highly-competitive market.

Stadia plays into a trend in which content – ranging from blockbuster films to work projects – lives in the cloud and is accessible from any device.

“All of these new services are merely pointing out that we don’t need sophisticated hardware in the home to access entertainment,” said Wedbush Securities equity research managing director Michael Pachter.

Google last month sold out of “Founder’s Edition” kits, which are priced at $129.

Each kit contains a Stadia controller and a pendant-shaped Chromecast Ultra wireless connection device that plugs into television sets.

It also works with Google-made Pixel smartphones from the second-generation onward, and on televisions.

Stadia Pro subscriptions, priced at $10 a month in the US, will be available in 14 countries in North America and Europe. (READ: Google moves to disrupt video games with streaming service Stadia, studio)

All in the game

But analysts say Stadia could wind up as another “bet” that Google walks away from if it fails to live up to expectations.

“The announced 12 launch titles are underwhelming.”

Subscribers will be able to buy games that will be hosted at Google data-centers, but some free games will be available to subscribers, starting with “Destiny 2: The Collection.”

Stadia on smartphones will work with WiFi connections rather than rely on mobile telecom services.

Being able to play without lags or interruptions is paramount to gamers, and flawed internet connections could cause frustration. Internet speed will also determine how rich in-game graphics can be.

Some promised features such as integration with YouTube will not be in place at launch.

“Stadia appears to be rushed out the door before fully ready and, worryingly, Google is risking falling short on its promises,” Jijiashvili said.

“These shortcomings however would be easily overlooked if Google can deliver a very reliable and high-quality game streaming service.”

The French video game giant has been working with Google and its games are among titles coming to the service.

“From what I have seen, their plans are too deep; they are too good, and they are too invested,” Early said. “They are not calling it quits any time soon.”

He expects a long launch period during which Google will beef up Stadia.

“If there is a one-day problem at launch, it isn’t the end of the world; it isn’t even close,” he said, stressing the potential for Stadia to let people play without investing in consoles.

But Pachter questioned whether subscriptions were the right approach.

“The right model is pay as you go or pay for the game and play unlimited without a subscription,” Pachter said.

“Amazon will try one of those and will win the streaming wars.”

Amazon has game studios but no online game service.

US technology veteran Microsoft has been testing a Project xCloud online game platform.

“Next year, we’ll bring Project xCloud to Windows PCs, and are collaborating with a broad set of partners to make game streaming available on other devices as well,” Microsoft corporate vice president Kareem Choudhry said in an online post.

Sony Interactive Entertainment last month slashed the price of its PlayStation Now cloud video game service by about half in the US to $10 monthly.

Japan-based Sony also boosted the library of games that PlayStation Now users can access through its consoles or on personal computers powered by Windows software.

“While we expect dedicated consoles to eventually lose relevance in the face of cloud gaming services, there’s no guarantee that it will be Google’s service – rather than Sony and Microsoft’s – that catalyzes this trend,” said Ovum senior analyst Matthew Bailey. – Rappler.com