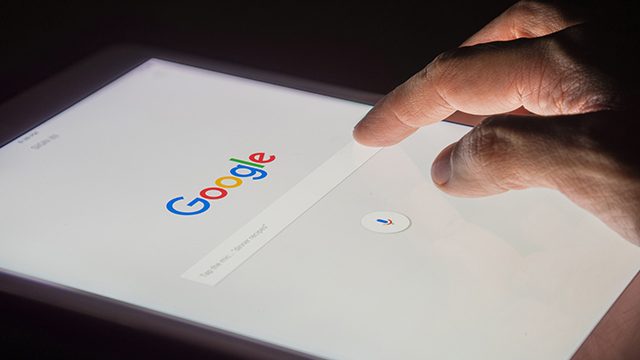 WASHINGTON, USA – Google’s tightening of its political ad policy could help reduce the spread of misinformation on election campaigns, but at a cost for lesser-known candidates.

The move by Google placing restrictions on how advertisers can target specific groups of voters also adds to the pressure on Facebook to modify its hands-off policy on political ads.

Google announced Wednesday it would not allow political advertisers to use “microtargeting” which can be based on user browsing data, political affiliation or other factors, for its ads, including on YouTube.

Instead it will limit targeting to general categories such as age, gender or postal code location. The changes will be enforced in Britain within a week and in the rest of the world starting in January.

Google also sought to clarify its policy by indicating it does not allow “false claims” in advertising, political or otherwise.

“There are no carve-outs,” Google vice president Scott Spencer said.

“It’s against our policies for any advertiser to make a false claim – whether it’s a claim about the price of a chair or a claim that you can vote by text message, that election day is postponed, or that a candidate has died.”

The move follows a ban by Twitter on most kinds of political ads, and comes amid growing pressure on internet platforms to curb the spread of misinformation around political campaigns.

Senator Ron Wyden welcomed the Google move, saying it could reduce the number of deceptive ads which are sent to small segments of users, including from foreign entities.

“Now that Google and Twitter have taken responsible steps to guard against shadowy political influence campaigns, Facebook should do the same.”

Karen Kornbluh, director of the digital innovation democracy initiative at the German Marshall Fund, called Google’s move “a critically important step in taking this political disinformation weapon off the table,” but warned that the different rules for various platforms could lead to confusion.

Michelle Amazeen, a Boston University professor who follows political advertising, said Google’s actions were “small steps in the right direction that serve to chip away at the tsunami of disinformation fostered by the current architecture of digital-social media platforms.”

Analysts noted that Facebook, which has rejected efforts to fact-check political speech or ads, will be pressured to make a similar move that could have even more far-reaching consequences.

But political strategists from both parties warned that the changes by Google are likely to help well-financed and incumbent candidates and may not have the intended effect.

“This change won’t curb disinformation, but it will hinder campaigns and others who are already working against the tide of bad actors to reach voters with facts,” said Tara McGowan, founder of the progressive advocacy group ACRONYM which has launched a $75 million digital campaign.

Eric Wilson, a Republican digital strategist, said new candidates will be hampered in their ability to raise funds and build voter lists – a key element on online campaigns even before the “persuasion” phase.

“The big disappointment on this is you’re going to have campaign spending go to platforms that are less transparent that will allow you to target voters more narrowly. The dollars won’t go away.”

Mark Jablonowski, managing partner and chief technology officer of the digital consultancy DSPolitical, which works with Democrats, said Google’s efforts create a patchwork of different rules that will favor incumbents.

“In the absence of sensible, implementable federal regulations, companies like Google have adopted misguided policies that will do little more than benefit incumbents, the wealthy, and those who rely on targeting largely monolithic Republican constituencies,” he said.