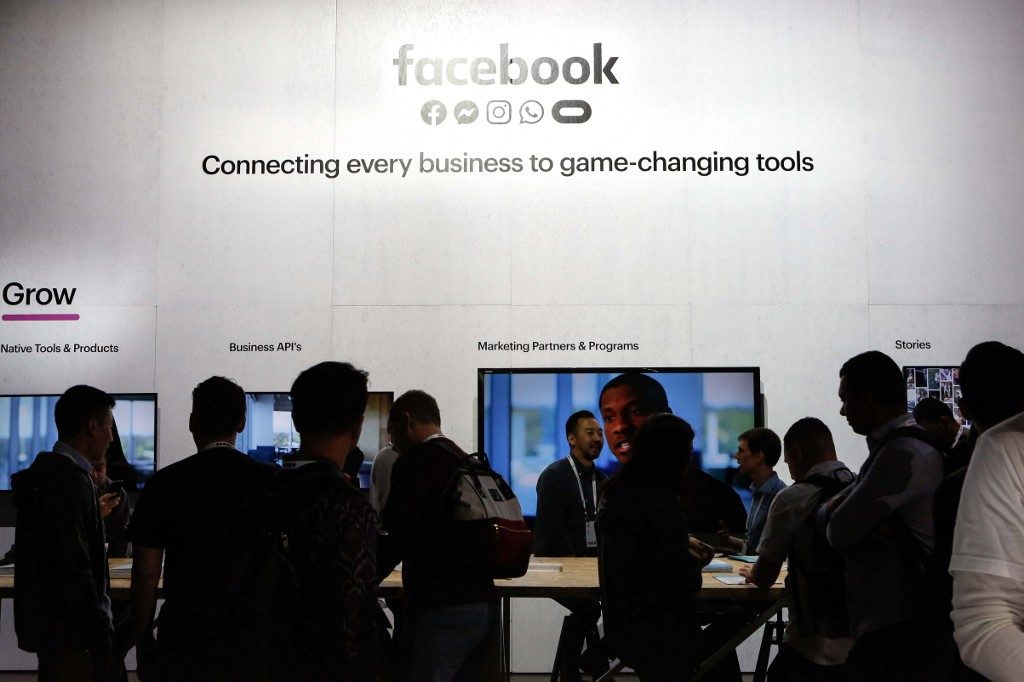 SAN FRANCISCO, USA – Facebook on Thursday, February 27, canceled its annual F8 developers conference, the biggest annual event for the US tech giant, over fears about the possible spread of the novel coronavirus.

The gathering in the Silicon Valley city of San Jose – which had been set for early May – typically draws thousands of software makers from around the world who collaborate with the tech giant on its platform.

“In light of the growing concerns around COVID-19, we’ve made the difficult decision to cancel the in-person component of F8 this year, in order to prioritize the health and safety of our developer partners, employees and everyone who helps put F8 on,” Facebook said.

Face-to-face interaction at the conference center in San Jose will be replaced with presentations streamed online. F8 sessions and demonstrations usually span its “family” of offerings including the main social network, Instagram, Messenger, WhatsApp and virtual reality unit Oculus.

“This was a tough call to make – F8 is an incredibly important event for Facebook and it’s one of our favorite ways to celebrate all of you from around the world,” director of platform partnerships Konstantinos Papamiltiadis said in a message to developers.

“We explored other ways to keep the in-person part of F8, but it’s important to us to host an inclusive event and it didn’t feel right to have F8 without our international developers in attendance.”

The World Health Organization declared Thursday that the new coronavirus epidemic was at a “decisive point” as countries across the globe battled to contain the deadly outbreak.

Alarm is growing as China is no longer the only breeding ground for COVID-19, with other countries including South Korea and Italy becoming hotbeds of infection, raising fears of a pandemic.

The virus has already killed more than 2,700 people, mostly in China – where it first emerged in December – and infected more than 81,000 in over 45 countries.

US public health officials confirmed a coronavirus case in Northern California, the first of unknown origin out of about 60 cases, and have told Americans to be ready to cancel mass gatherings and work from home. (READ: Trump downplays epidemic fears as virus spreads around world)

The epidemic has prompted warnings of a financial impact from tech giants including Apple and Microsoft. (READ: Events around the world affected by novel coronavirus outbreak)

Both Facebook and Microsoft said on Thursday they were withdrawing from the Game Developers Conference in San Francisco set for March. – Rappler.com