Facebook goes down briefly in Philippines, some parts of Asia – Downdetector MANILA, Philippines – Facebook on Monday, March 23, went down briefly in the Philippines, Vietnam, and Hong Kong, according to user reports on website downtime monitoring service Downdetector.com.

Majority of the reports came from the Philippines, with some also coming from Ho Chi Minh City in Vietnam, and some in Hong Kong. The Downdetector map didn’t show significant spikes in downtime in other parts of the world aside from these 3 locations. Here’s a wider view: 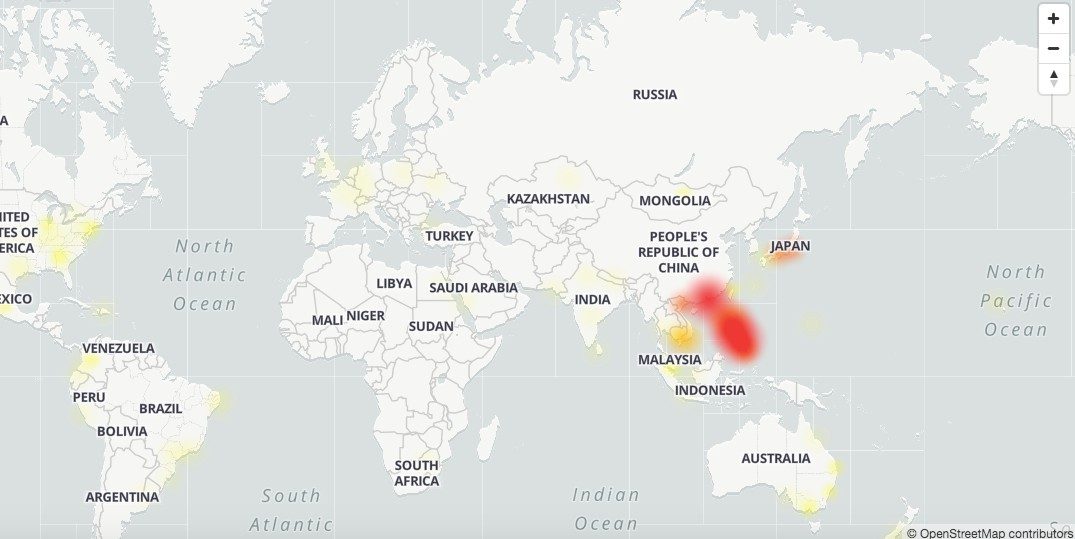 The site appears to have resumed service shortly after the peak of the reports.

64% of the reports said there was a complete blackout of service, 30% said they had trouble logging in, while 4% had problems with photos. – Rappler.com