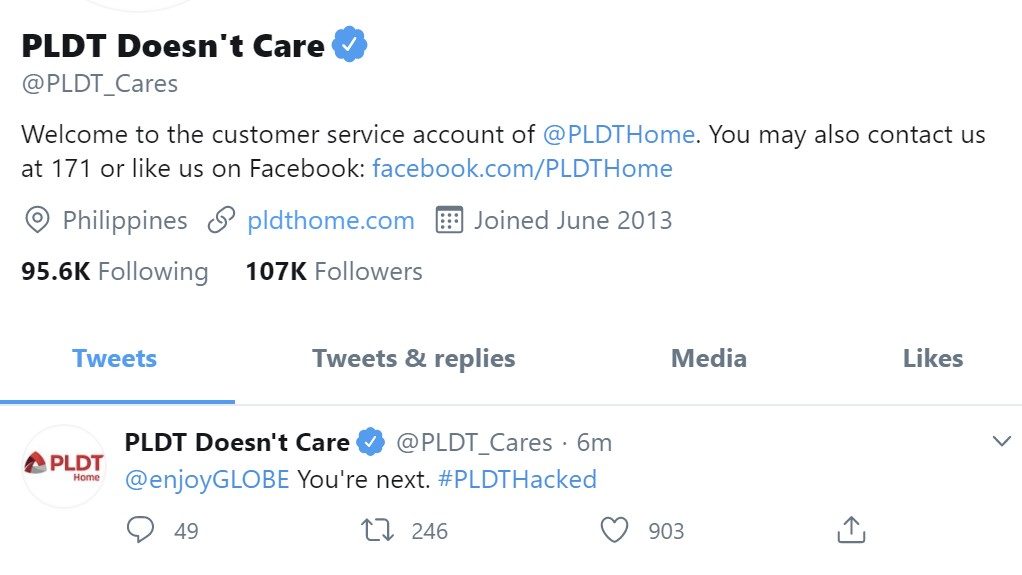 MANILA, Philippines (3rd UPDATE) – One of PLDT’s Twitter accounts has apparently been taken over by what appears to be the hacking group Anonymous Philippines on Thursday, May 28.

The post says, “As the pandemic arises, Filipinos need fast internet to communicate with their loved ones. Do your job. The corrupt fear us, the honest support us, the heroic join us. We are Anonymous. We are Legion. We do not forgive. We do not forget . Expect us.” 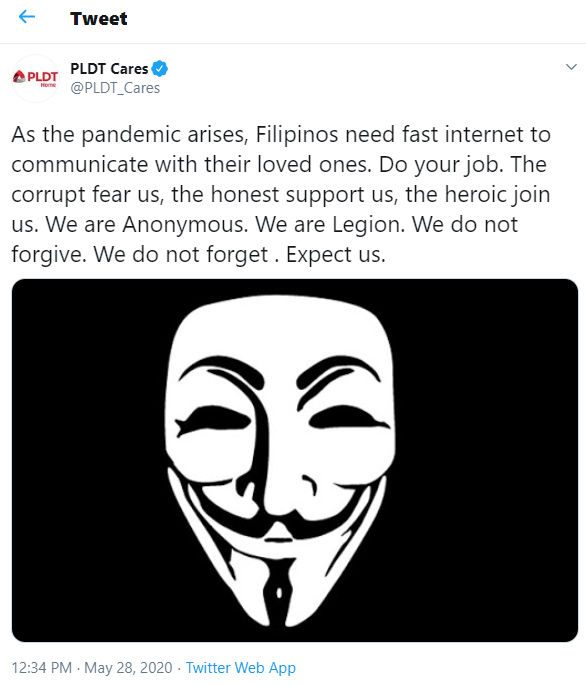 The name on the PLDT_Cares account has also been changed to read PLDT Doesn’t Care: 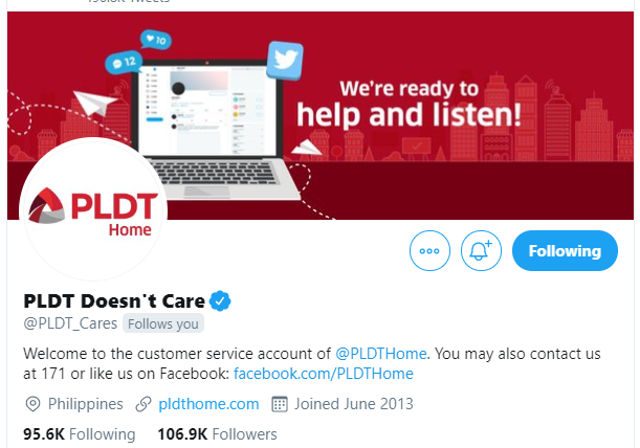 Nearly an hour since the first post, the account appears to remain under the control of the hackers. Another tweet pokes fun at the fact that PLDT’s last post before the Anonymous posts is a cybersecurity reminder: 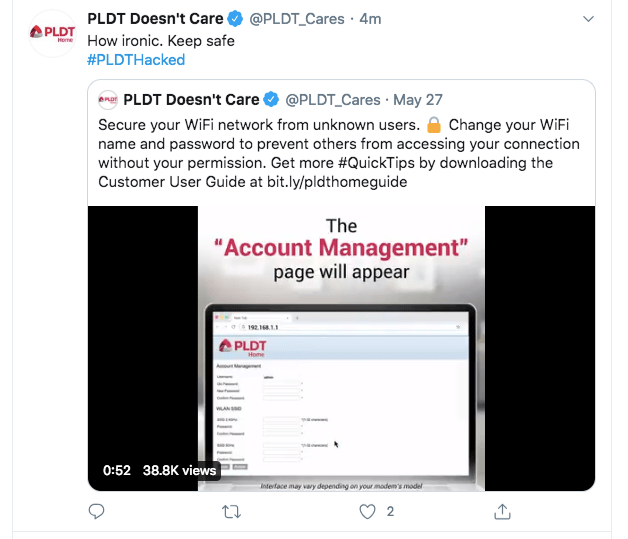 Shortly after the “How ironic” post, the page’s original name, PLDT Cares, was restored, and the hacker’s tweets were deleted except for the first one.

Meanwhile, the PLDT Facebook page appears to be unaffected.

PLDT released a statement on Thursday afternoon at around 2:45 pm, saying their Twitter account “has been recovered and is now ready to serve.”

Hacking can happen to anyone. That's why we should change our passwords regularly to prevent unauthorized access to your accounts.

We're ready to serve you again.

The statement also said, “We would like to assure our customers that the security issue was limited only to the Twitter account and did not affect PLDT’s network and services.”

The company added, “We are keenly aware of people’s need for internet services and that’s precisely why, when the ECQ was imposed in March, PLDT provided speed boosts for its fibr customers and Smart increased data allocations for its mobile phone customers. That’s also why, despite the restraints on movement and supply chain problems, we continue to invest heavily in our network roll out for fiber and LTE. As a result, our customers have been using more extensively a wide range of data and digital services that have helped them cope with life under lockdown.” – Rappler.com