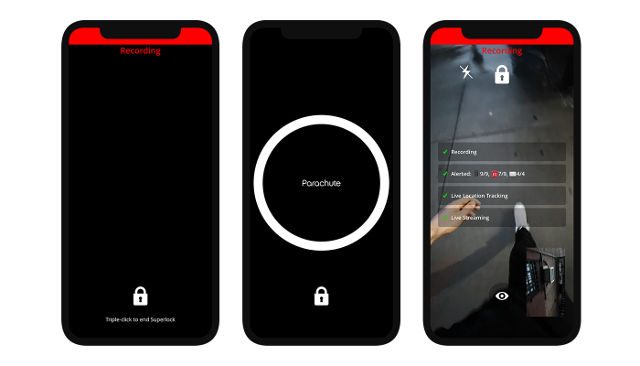 MANILA, Philippines – Paid iPhone safety app Parachute may prove to be a good proposition for people who are in an emergency, and need a recording of what’s happening to them or around them.

The app’s latest feature, called Superlock, keeps the phone going during an emergency livestream, preventing unauthorized persons from stopping a livestream in the event a user’s phone is taken.

For those using Parachute in situations where a risk of one’s phone being taken away is possible, Superlock prevents those unauthorized persons from stopping Parachute even if they attempt to shut off the phone. The company added in a blog post how the new feature “keeps your phone locked while also continuing to record and live-stream your video, audio and location undisrupted.”

The app also has extra safeguards for users who’ve had their phone taken, such as multi-camera livestreaming to increase chances of the unauthorized person being captured on video. The app also supports evidence wiping, so recorded information is taken off the phone after the user takes the information and stores it so that recordings aren’t found by people who make you give up your passcode or break the iPhone’s encryption.

A Techcrunch report noted how, despite the usefulness of the app and its value proposition, it hasn’t picked up that many users. App intelligence firm Sensor Tower points to Parachute not yet topping 100,000 dowloads on the US App Store. While Parachute didn’t provide user numbers, it did say the app has seen more activity recently in the US and Hong Kong, where protests have been occurring.

Parachute provides an in-app tutorial for setting up Superlock, though an explainer is also available here. The app has either a standard $9.99 monthly membership or a more budget-friendly $2.99 yearly Lite membership. – Rappler.com