Jun 26, 2020 1:01 PM PHT
Gelo Gonzales
Facebook Twitter Copy URL
Copied
'We are not the arbiters of truth, but the truth is some people are suffering from the proliferation of violent content and companies must take a clear stand,' Viber CEO Djamel Agaoua says 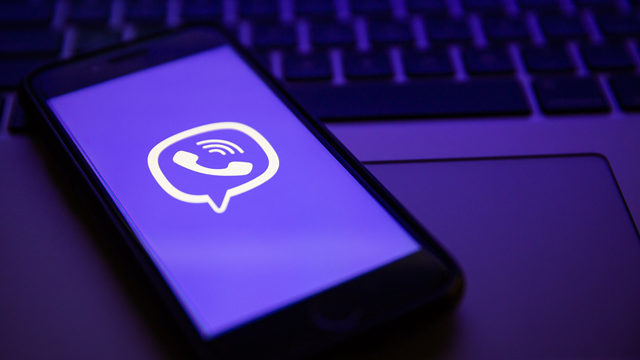 MANILA, Philippines – Viber is cutting ties with Facebook amid a growing boycott movement against the platform, The Guardian reported, Friday, June 26, Philippine time.

According to the report, Viber pulled all advertising from Facebook and Instagram last Wednesday, June 24, and will continue to remove “all Facebook technology from Viber’s own apps.”

Facebook’s most recent controversy is its continued unwillingness to regulate US President Donald Trump’s political ads, with Mark Zuckerberg staunchly standing by his belief that political speeech shouldn’t be regulated. This has led to employee resignations and protests, and later, a boycott from the ad industry. (READ: Advertisers join Facebook boycott over hate speech)

It’s within this context that Viber’s decision happens. Viber has a “log-in with Facebook button” as many other apps do, and is integrated with GIF search engine Giphy. Viber will be removing these options. Facebook bought Giphy in May.

Agaoua said the moves are “not going to kill Viber, but it hurts.” Facebook-assisted log-ins have made it easier for people to log-in to apps. The moves will also hurt some of their campaigns because they won’t be able to use Facebook advertising, said the executive.

“We are not the arbiters of truth, but the truth is some people are suffering from the proliferation of violent content and companies must take a clear stand,” Agaoua said.

In May, Twitter founder and CEO Jack Dorsey also said Twitter’s effort to point out misinformation did not make it an “arbiter of truth.”

“Our intention is to connect the dots of conflicting statements and show the information in dispute so people can judge for themselves,” he tweeted.

Dorsey was responding to Facebook chief Mark Zuckerberg who said, “I just believe strongly that Facebook should not be the arbiter of truth of everything that people say online” in a TV interview – a line that Zuckerberg has stood by in defense of Facebook’s policies. Zuckerberg’s statement came as Twitter and Trump clashed because the platform had tagged the US president’s tweets as misleading.

Viber is owned by Japanese firm Rakuten, and has over a billion users. Facebook has 2.6 billion users as of the end of the first quarter of 2020. – Rappler.com