Tom Clancy’s The Division to launch ‘when it’s ready’ 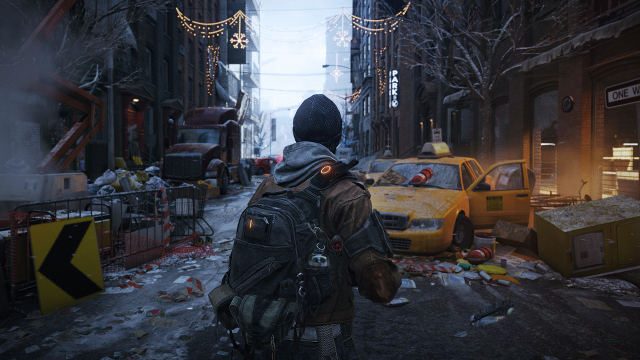 MANILA, Philippines – One of the big reveals in last year’s Electronic Entertainment Expo (E3) was the announcement of Tom Clancy’s The Division.

The action role playing game is a third-person tactical shooter set in a pandemic-stricken and devastated New York City where all basic services have failed.

Previews of the game reveal stunning visuals, realistic movement and a multiplayer environment that allows cooperation not just from players on the same platform but smartphone and tablet users as well.

So it comes as no surprise that the game is one of the most anticipated titles of 2014. But one year since E3 and 6 months into 2014 and the game is nowhere to be seen. Following an initial promise that the game would arrive sometime in 2014, Ubisoft and Massive Entertainment has pushed backed those dates to 2015.

Yet it seems a 2015 release may not even be on the table.

In a letter on its development website, developers of Tom Clancy’s The Division originally said the game “will be available in 2015 for Xbox One, PS4 and PC.”

The developers updated their statement, saying, “We are creating something we are really proud of and we don’t want to compromise on quality. We are going to release the game when it’s ready.”

A report from Gamereactor quoting sources involved in the project imply Ubisoft may have initially underestimated the amount of resources needed to finish the ambitious project on time.

The game publisher reportedly has had to increase its budget to help out the 300-person strong Massive Entertainment by bringing in developers from Reflections and Red Storm Entertainment to ensure the best end result.

Despite the increase in resources, the Gamereactor source expressed concerns over the revised Fall 2015 deadline. “Sadly I still think that the date is a tad bit optimistic as we still don’t have a functioning game and still have massive problems making our multiplayer component work at the concept stage,” the source said.

Some developers with Massive Entertainment are reportedly annoyed at Ubisoft’s premature announcement at last year’s E3. “It felt like being punched in the face to be perfectly honest. At the end of the day we don’t want to do a Battlefield 4 and release an unfinished game.”

These delays are reminiscent of Battlefield 4, another high-profile game that’s catastrophic release had gamers blaming publisher Electronic Arts (EA) for rushing the deadline of a clearly unfinished and glitchy game.

On the other hand Ubisoft has been known to delay games, sacrificing deadlines and profit losses for the sake of quality – one recent case is that of the third-person action spy game Watch Dogs.

Announced at E3 in 2012 and slated for a November 2013 release, the game will only hit shelves this coming May 27.

For Tom Clancy’s The Division however, there doesn’t appear to be a clear release date in sight. What is clear is that Ubisoft is pulling out all the stops to give gamers the best experience possible. Hopefully the effort won’t be too little, too late. – Rappler.com