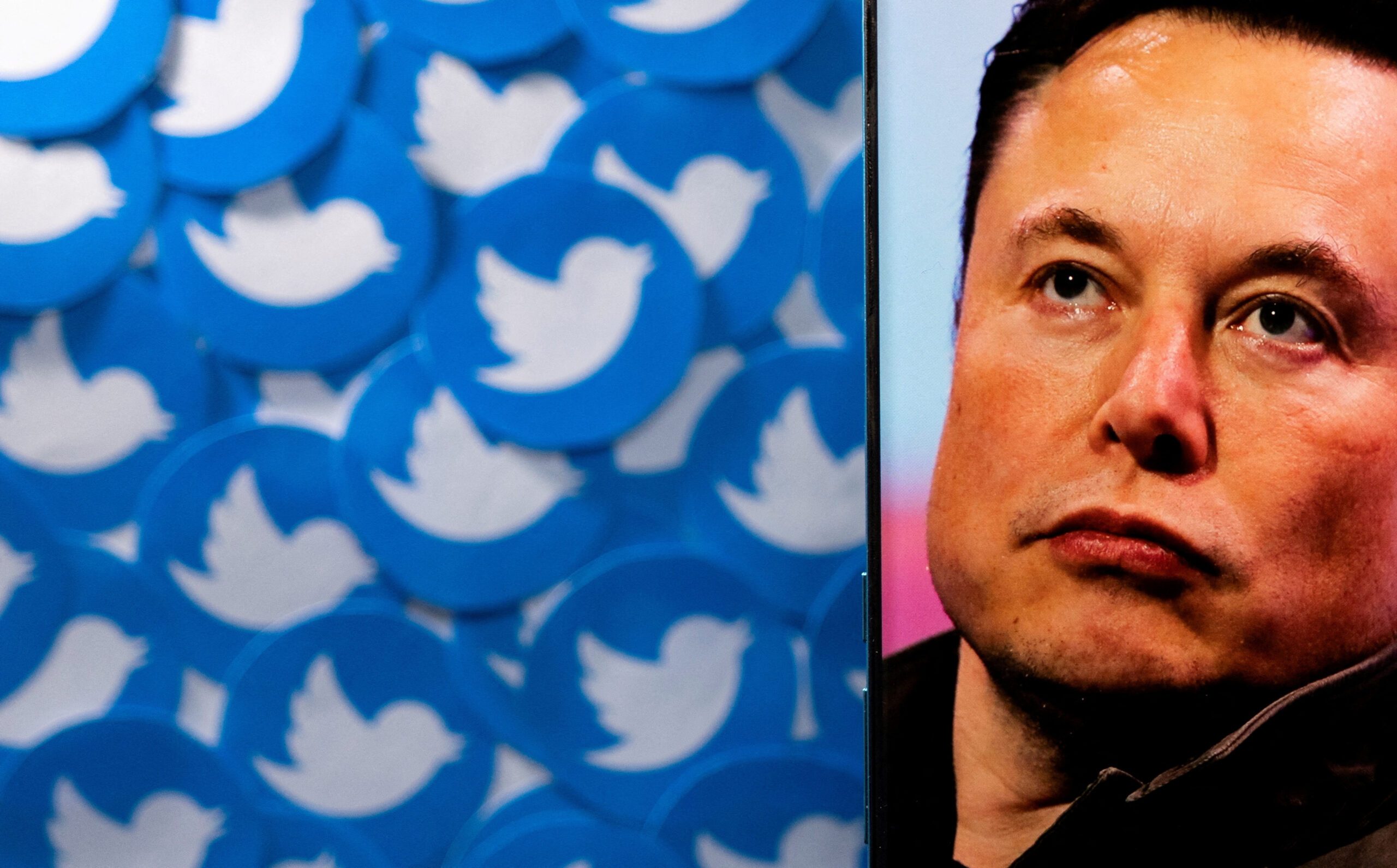 TWITTER AND MUSK. An image of Elon Musk is seen on a smartphone placed on printed Twitter logos in this picture illustration taken April 28, 2022

Billionaire Elon Musk accused Twitter Inc of fraud by concealing serious flaws in the social media company’s data security, which the entrepreneur said should allow him to end his $44 billion deal for the company, according to a Thursday court filing.

Musk, the world’s richest person, amended his previously filed lawsuit by adopting allegations by a Twitter whistleblower, who told Congress on Tuesday of meddling on the influential social media platform by foreign agents.

The chief executive of electric vehicle maker Tesla Inc also alleged that Twitter hid from him that it was not complying with a 2011 agreement with the Federal Trade Commission regarding user data.

“Needless to say, the newest revelations make undeniably clear that the Musk parties have the full right to walk away from the merger agreement – for numerous independently sufficient reasons,” said the amended countersuit.

Twitter said in a statement it looked forward to the five-day trial scheduled to start October 17 in Delaware. “Mr. Musk’s claims are factually inaccurate, legally insufficient and commercially irrelevant,” the company said.

Musk said the claims by the whistleblower, former head of Twitter security Peiter “Mudge” Zatko, amounted to fraud and breach of contract by Twitter.

Musk has asked a Delaware judge to find that he was not obligated to close the deal while Twitter wants the judge to order Musk to buy the company for $54.20 per share.

Twitter has said it conducted an internal investigation of Zatko’s allegations and determined they lacked merit. The company has said Zatko was fired for poor performance.

Twitter’s lawyers have said in court that the whistleblower claims that Musk folded into his case were either not grounds for terminating the deal agreement or failed to meet the standard for fraud.