Facebook Twitter Copy URL
Copied
Day 2 of the Manila Major DOTA 2 tournament is on! Who do you think will come out on top?

Refresh this page for the latest results!

MANILA, Philippines (UPDATED as of June 9, 12:30 am) – The stage is set for the second day of matches in the Manila Major as teams compete for the grand prize in this 6-day premium DOTA 2 tournament.

On Wednesday, June 8, the following teams have matches scheduled, which will determine both upper bracket and lower bracket matches for round 2 in the coming days. For the upper brackets, the Round 1 fights will continue. NewBee and Digital Chaos will face off at 10:00 am, while LGD Gaming and Fnatic will fight at 1:20 pm. The non-winners in these best-of-3 matches will face Vici Gaming Reborn and Team Empire at a later date.

Round 2 of the lower bracket, meanwhile, will begin today. Teams compLexity and Team Liquid will square off at 4:40 pm, while Natus Vincere (Na’Vi) and Alliance will battle at 8:00 pm. 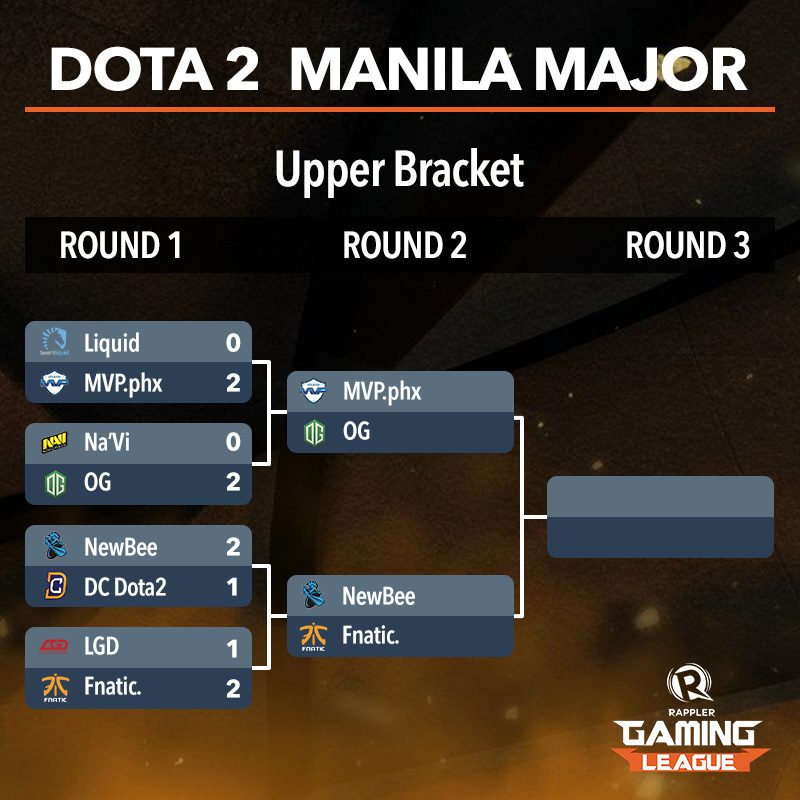 Who will come out on top on this second day of the Manila Major? Let’s find out! Name your picks in the comments! – Rappler.com