Jun 13, 2016 9:13 PM PHT
Franz Francisco Chan
Facebook Twitter Copy URL
Copied
It's a finale made for the ages, with the two best DotA2 teams in the world vying for the top spot. Read on for a recap of the Grand Final match-up! 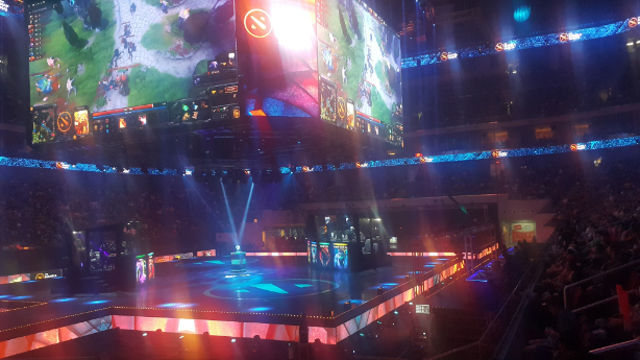 For 6 days, the Mall of Asia Arena served as a rumbling, roaring DOTA 2 battleground.

Thousands of eager fans from all over the world witnessed the long journey of two deserving finalists – OG and Team Liquid – in a best-of-5 championship match-up.

Throughout the tournament, OG held their ground as they headed towards the Grand Final. It wasn’t an easy task, considering they faltered after their victory in the 2015 Frankfurt Major. With supports Fly and Cr1t, mid and carry n0tail, offlaner Moonmeander, 9000MMR prodigy Miracle, and coach 7ckingmad on the team, OG was out to win yet another Valve-sponsored event.

On the other side of the arena stood the members of Team Liquid: DOTA legend Kuroky, support Jerax, midlaner Fata, offlaner Mind_control and sensational carry Matumbaman. After taking a hit from Team MVP, they dropped to the lower bracket and had to struggle to keep themselves alive. Fortunately, they managed to cut through fierce competition, building resolve and regaining momentum, ensuring that a chance at the Finals would be well within their reach.

It was a Grand Final made for the ages, with the two best DOTA 2 teams in the world. Many predicted that both would finish in the Top 3 of the tournament and expectations were high. 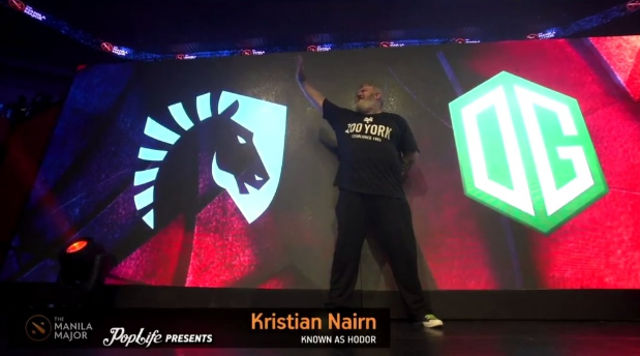 The fever pitch intensified as Kristian Nairn, Hodor from A Game of Thrones, opened the doors for the teams. It was truly a fulfilling moment for Internet memes. 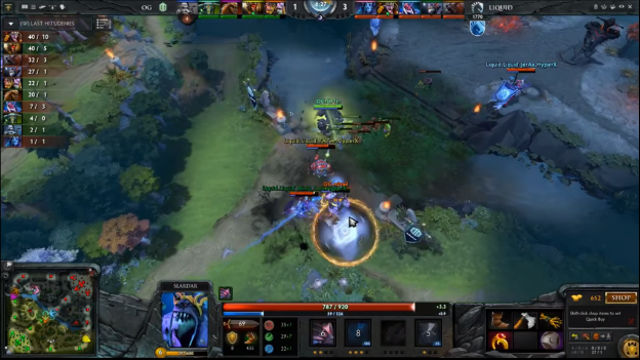 Game 1 began with a fiery start as Matumbaman’s Earthshock and Jerax’s Kinetic Field secured the first two kills for Team Liquid. n0tail’s Alchemist was off to a rough early game as Fata’s Timbersaw ensured his Greevil’s Greed would take time to net him a significant enough a farm.

Meanwhile, Kuroky’s Riki ensured that all spaces were scouted well and opened multiple opportunities for ganks. This proved well worth the investment as OG’s carries almost never had enough space throughout the battle, effectively shutting them down.

Despite Cr1t’s big plays on his Earth Spirit, it wasn’t enough to keep OG in the game. Within 34 minutes Team Liquid had gathered a monstrous lead over the Radiant’s heroes, once again proving that proper itemization trumps a good lineup any time. 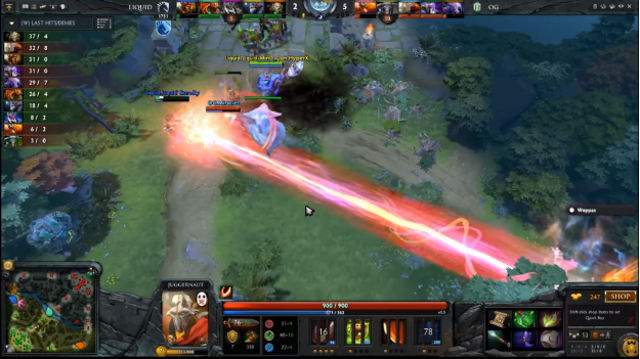 Team Liquid didn’t have as good a start in Game 2.

OG’s Fly and Cr1t ensured Miracle’s success with his Juggernaut at mid, and they were able to efficiently take down Matumbaman’s early game as Lycan. As if having your carry be prematurely shut down wasn’t enough, n0tail’s itemization for team fights synergized OG’s skills and gave them significant control over head-on clashes.

OG soon had total control over the midgame and Liquid’s attempts to wrestle Roshan away from them were stopped by n0tail’s perfectly executed ults. Liquid never had a chance as Miracle would comfortably take their base with his magnificent play. Moonmeander put the icing on the cake with his Vacuum wall, destroying the remainder of Liquid’s defense.

Liquid’s deathball lineup never had a chance to get rolling. 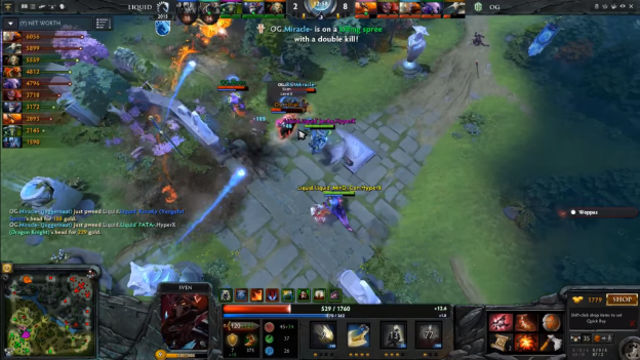 If Game 2 was the complete opposite of Game 1, the third game looked like a mirror draft of Game 2 with a similar heroes from both sides. Likewise, it was a similar chain of events as Matumbaman found himself having a rough start against Moonmeander’s chronosphere and Fly’s Sun Ray. Miracle was once again wreaking havoc with his Juggernaut on Fata at mid lane with the help of his supports.

To punctuate their game 3 victory, n0tail – with his very farmed Sven – rended Liquid’s heroes as he got free farm and soon after left their base in shreds. Fly’s Phoenix soared high once again as Liquid raised the white flag against OG to the crowd’s roaring approval. Different game, same story. 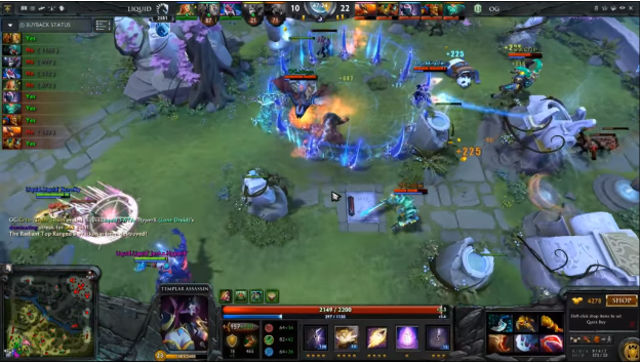 Pocket picks were the theme of Game 4 as Liquid came out with their surprise pick Lone Druid. OG, meanwhile, came out with Wraith King who hasn’t been seen all week. Unlike the last 2 games, Liquid controlled the early tempo with Fata winning the Mid Lane battle, at the same time Moonmeander was showing off his Houdini-like escapes on his offlane.

Liquid’s map control wouldn’t last very long as Kuroky was picked off several times, keeping him out of action for most of the fights as OG took the map back.

In a sad case of animal cruelty, Fata’s Spirit Bear died several times to Wraith King’s crit and Fly’s Sun Ray as Matumbaman – while pretty decently farmed – couldn’t do anything to keep OG off their base and their final stand to try to force a fifth game ended in an exploding Radiant Ancient and confetti for OG. 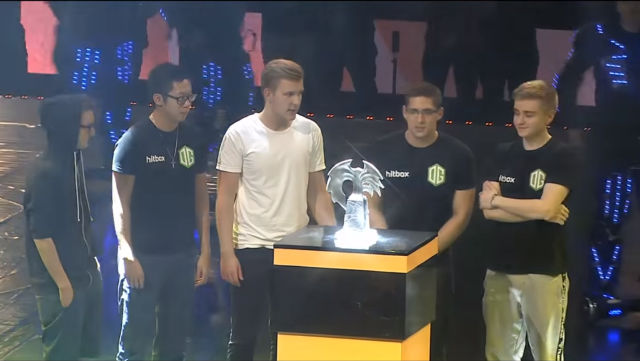 It was an amazing and exhilarating experience. The Manila crowd didn’t disappoint when it came to showcasing how the Philippines was considered “DOTA Strong”. The crowd “oohed” and “aaahed” for every big play, every smoke, and every clutch. They were loud and proud for each team fight.

The energy was something I doubt we will see again any time soon, and it felt magical to be part of it. Even the cosplay at the event was amazing, with local cosplayers going all out to compete for a $5000 first prize.

This is how DOTA 2 is meant to be played – top tier competition from all over the world, surprise exits with EG and Secret, the continued rise of southeast Asian DOTA, and the resurgence of the Chinese gaming scene.

Considering the 6 days that passed, there is no doubt in my mind that it was the best Major yet. We all have something a lot more to look forward to in the upcoming International 2016.