To curb hoaxes, Facebook must accept it’s a media company 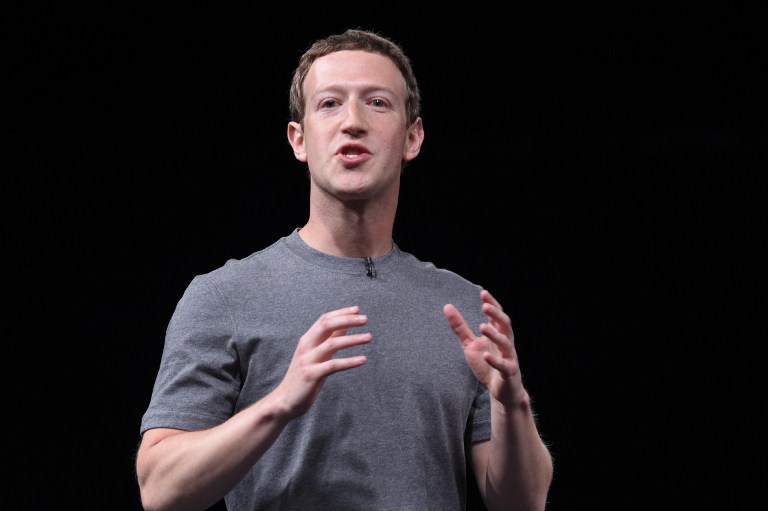 MANILA, Philippines – The algorithm that selects which content to highlight on Facebook’s Trending Topics sidebar is imperfect at its best. At its worst, it could be destructive.

Recent entries on the controversial sidebar come to mind: US presidential candidate Hillary Clinton’s alleged health problems that supposedly make her unfit for the position; bombs that had supposedly caused the destruction of the World Trade Center during 9/11; and the purported firing of Fox News anchor Megyn Kelly for being a “traitor.”

The headlines are incendiary. The stories fail to identify credible sources. There’s a palpable sense of agenda. In short, they’re tabloid fodder. Yet they found themselves on a very visible section of Facebook that suggests, “Hey, these are the stories that people are very, very interested in today. You probably should read these now.”

This shouldn’t be happening. Facebook, a tech company par excellence, should find a way to make sure that primetime stories get primetime attention – and eliminate tabloid fodder unless a tabloid is what it wants to be.

Facebook founder Mark Zuckerberg is the 5th richest person in the world, valued at $54 billion. The social network is also said to be the primary driver for site traffic today, fueled by some 1.7 billion users based on numbers from the second quarter of 2016. The number of users is good for first in the social network wars, with WhatsApp being a far second with one billion users. On sheer audience size alone, Facebook’s clearly a tech superpower.

It’s also clear that the audience deserves better content than the hoaxes and the unverified information that snake their way into Trending Topics.

A great starting point for the social media company would be to acknowledge that they’ve indeed become a media company – a supposition that Zuckerberg opposes with controlled vehemence.

In a Business Insider article, the executive goes: “We’re a technology company. We’re not a media company. When you think about a media company, you know, people are producing content, people are editing content, and that’s not us. We’re a technology company. We build tools. We do not produce the content. We exist to give you the tools to curate and have the experience that you want, to connect with the people and businesses and institutions in the world that you want.”

The medium has changed

Zuckerberg seems to say that Facebook is merely a platform, and not the content creator, hence it isn’t a media company.

What do you call a newspaper then? A paper company? Newspapers are also a platform on which writers, artists, editors, and all sorts of contributors can produce content for. Only the medium has changed. The text, the photos, the opinions, the news are displayed in front of computer screens now and not on paper. The number of contributors has scaled exponentially: everyone’s a writer and a photographer now.

An editor typically decides which piece of news gets top billing. That’s still pretty much the case today. But that power to highlight what qualifies as important and vital news may not be exclusive to human editors down the line. Looking to get a piece of the action is that thing called algorithm.

By editorial standards, Facebook’s algorithm for Trending Topics is ill-equipped and, well, just horrible. (It’s not unlike allowing an intern on his first day to run the show for a major news site or newspaper.)

About the algorithm, Buzzfeed offers a simple explanation: “The algorithm has a huge reliance on signals such as the likes, shares, comments, and reading time that a posted article gets – and when it comes to news, Facebook is incredibly biased.” The engagement metrics are too easy to manipulate for a dedicated site which wants its content to trend.

Cleaning up the place

By crafting the most enticing clickbait headlines or by formulating exciting fake stories, propagators can get the likes, shares, comments, etc. Trending Topics will most likely pick them up, and they are rewarded with traffic, which means online ad money.

Trending Topics is currently geared towards dog-bites-man type of fluff. If Facebook acknowledges and pursues its function as a media company, Trending Topics and its algorithm can be trained to be a top editor – an eagle-eyed curator who looks not only at an article’s popularity but also at its richness, credibility, and relevance.

The cheap content will drive away certain Facebook customers. If indeed Business Insider is correct in its estimation that “Facebook doesn’t care about news – it cares about getting people to use Facebook,” then the social network will have to care about the news.

Otherwise, a media/tech company or tech/media company will have an opportunity to swoop in  and provide the platform for an evolved, more intelligent social media 2.0.

There’s some news for you.

Facebook can’t get caught up determining whether it’s a tech company or a media company. Nowadays, the lines are too blurry. At a time when misinformation, hoaxes, trolls, and fake news have already polluted social networks, there’s no better editor than Facebook to clean up its own place. – Rappler.com