Confirmed: The PS4 Pro does pump out nicer graphics TOKYO, Japan – The standard PlayStation 4’s (PS4) newer, bigger brother was demoed to members of the media at Tokyo Game Show 2016, Thursday, Sept 15. The PS4 Pro – scheduled for launch on Thursday, Nov 10 – is the more powerful version of the PS4, and is capable of rendering 4K resolution graphics and high dynamic range (HDR) lighting.

Reception of the PS4 Pro since it was revealed in early September can be described as lukewarm at best, with some gamers unimpressed with the graphical boost it promises.

At Sony’s closed-doors demo, I got to see the system in action along with other members of the press, with high-profile titles Uncharted 4, Infamous: First Light, Horizon Zero Dawn, and a Resident Evil 7: Biohazard being used to showcase the updated PS4 model’s newfound powers. Below are my impressions.

All of the lights

The most noticeable difference between the standard and HDR resolution is the lighting. On Resident Evil 7: Biohazard, where the interplay between lights and shadows is a crucial part to the game’s ambience, the contrast appears noticeable starker, giving the game a more eerie look.

The contrast is even more visible (and beautiful) on Infamous: First Light. The game heavily uses bright neon lights – a situation favorable to showing off the PS4 Pro’s capabilities. Next to the Pro version visuals, the standard version looks dull. 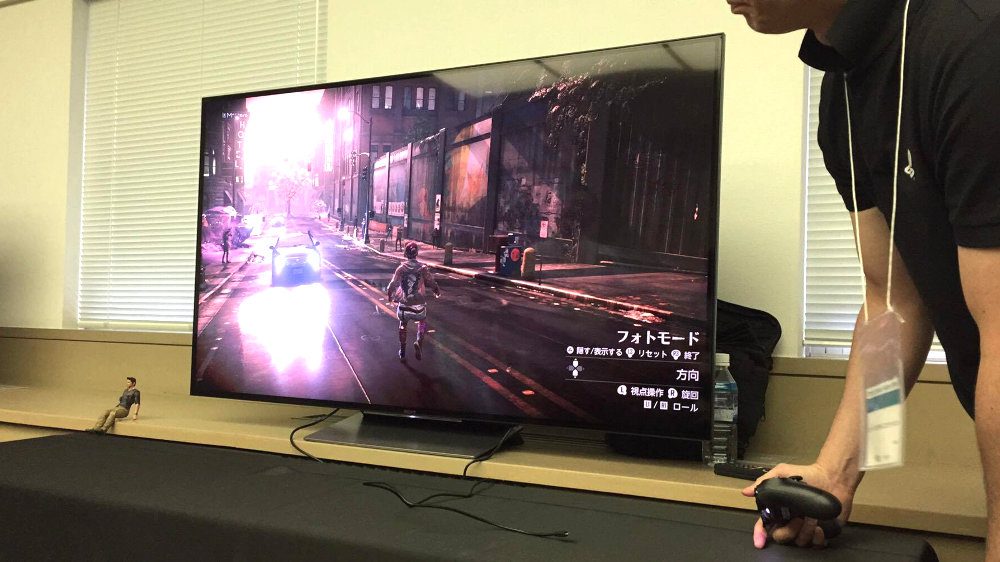 The lights also appear to be more realisitc. The glow of lamps looks less artificial, and less computer-rendered. The small fine lines usually seen near the edge of the glow are absent in the HDR version, contributing to the realism.

It’s all in the (sharper) details

Those with poor eyesight remember all too well the feeling of wearing prescription glasses for the first time – it felt like the world had been in standard definition the entire time until the glasses repainted the world in HD.

Playing with the PS4 Pro feels exactly like that. For those blessed with 20/20 vision, the experience is similar to peeling off the medium dark tint on a car’s window. This particular trait of the Pro was most obvious on the Uncharted 4 demo, in a scene where hero Nathan Drake runs on a beach. Beside the HDR version, the standard version looks appears to have a dark gray color cast. The lines appear to be sharper, and the water’s depth and reflections feature more detail.

With Resident Evil 7, it was the gore that got some graphical enhancements – the blood, the wounds, the veins showing an extra level of detail.

Horizon Zero Dawn, whose visuals already look good on the standard PS4, shows a more graphically defined Aloi, the female protagonist of the dino-bot infested action title. That hop in definition lends the character some extra separation from the landscape.

The PS4 Pro ran smoothly during the demo. However, the demos for each game lasted just 5 to 10 minutes, which is not enough to judge the console’s full capabilities. The improvements are mostly on the visual aspect. If you must have the most technically-capable, most graphically-powerful PS4 experience on the planet, put the Pro on your list.

You can also wait and see if the twice-as-powerful Pro will bring gameplay innovations not possible with the standard PS4 or if it significantly enhances the immersion that the PlayStation Virtual Reality (PSVR) system can offer. Right now, the Pro touts one thing: ZOMFG GRAPHICS. If its extra muscle can also pump out ZOMFG gameplay innovations and enhanced ZOMFG PSVR immersion, the Pro becomes significantly more appealing.

Will you buy the PS4 Pro or are you fine with the standard PS4? – Rappler.com