Will gene editing end the worldwide problem of malaria? 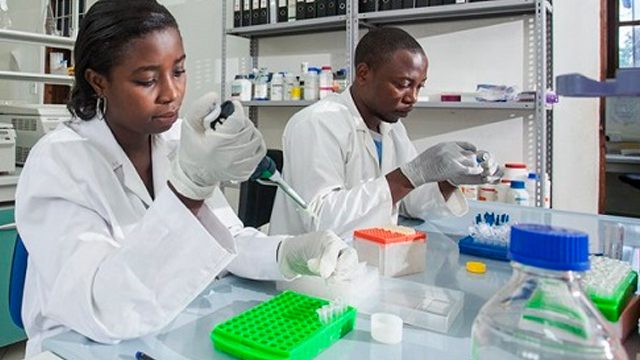 Facebook Twitter Copy URL
Copied
Gene-editing Biotechnology may bring about an end to malaria, but will it have unforeseen effects down the line?

In 2015, malaria claimed the lives of an estimated 438,000 individuals worldwide. A lot of the victims who succumbed to the disease are children under 5, living in poor communities plagued by mosquito populations that carry and spread the disease. Malaria is highly concentrated in the Sub-Saharan Africa region, holding 88% of all cases around the globe.

These numbers are actually already an improvement. The world has seen a 60% decline in malaria deaths over the last 15 years through continuous efforts by the World Health Organization and their partners. Malaria is believed to have gravely impacted the economies of the regions in which it is endemic.

One of the staunchest supporters of malaria eradication is Microsoft founder Bill Gates. In 2000, The Bill and Melinda Gates Foundation (BMGF) was established by the Gates couple and has since become the world’s largest private foundation that is focused on education, health, and poverty. BMGF has been a leader in the efforts to fight malaria, contributing over $200 million to the development of the first malaria vaccine in 2015. But the foundation, particularly Bill Gates himself, is determined to take the solution to the next level.

Leaps in genetic engineering have allowed biologists to modify DNA, which we know to contain the information that makes up every living organism on the planet.

CRISPR (Clustered regularly interspaced short palindromic repeats), a common sequence found in bacterial DNA, was first noticed in 1993 and 1997 by three independent research laboratories. CRISPR sequences are part of an organism’s immune system, and modifications to it allow an organism to develop an immunity to specific viruses using parts of the virus itself.

Since its discovery, biologists have developed the CRISPR-Cas9 Defense system which enables an organism’s DNA and RNA to adapt to invasive viruses by copying and replicating part of the virus’ DNA sequence. This kind of genome editing has shown much promise in the fields of medicine and the food industry. CRISPR-Cas9 technologies are already being used to remove genetic disorders in some animals, which could produce better livestock. There are also cancer clinical trials that have been approved in China and the United States that use the CRISPR-Cas9 system for specifically targeting DNA.

Bill Gates is proposing a “gene drive” that will supposedly eradicate the population of the Anopheles mosquito that transmit malaria. Biologists will be able to edit the DNA of a small population of Anopheles so that the female mosquitoes are rendered infertile and unable to reproduce. It is predicted that once these genetically edited mosquitoes are released into the wild, the Anopheles mosquito might be extinct after 11 generations. (Gene-editing is Science mag’s breakthrough of 2015)

Gates believes that this solution, together with the continuous efforts to treat malaria in the human body, will ultimately put an end to the disease. The former Microsoft CEO believes that like smallpox, this disease that plagues the poor communities of Africa can be completely wiped away. The ethical issues of gene drives

Mosquito-transmitted diseases like malaria, dengue, and more recently, Zika, have long afflicted underdeveloped countries with very little solutions in sight. The preventive measures taken by local communities such as sleeping under nets, applying insect repellent, and even taking anti-malaria tablets only do so much. Current mosquito control methods include massive spraying of insecticide, as well as larvae control. There has been no effort to specifically target a deadly mosquito species until now.

Despite being a nuisance, mosquitoes are part of the food chain. Adult mosquitoes are eaten by some species of birds and frogs, while their larvae can feed fish and tadpoles. Forcing a species into extinction may pose a threat to other species that have relationships with it.

Gates said that the gene drive will only affect the Anopheles genus of mosquitoes that transmit malaria, and will not be upsetting other species because of the precision delivered by the CRISPR-Cas9 system.

A different approach to gene editing is being studied and tested in the University of California Irvine. Biologists from their laboratory have used CRISPR-Cas9 to edit the Anopheles mosquito so that it is resistant to malaria. Releasing these mosquitoes out in the wild should spread the trait and eventually have the modified DNA overtake the species. But despite this seemingly gentler way to combat malaria, many scientists are still wary of the unpredictable ecological impact.

There are no present rules or laws that are able to regulate the actions to be carried out by gene drives. When asked whether it was ethical to purposely eliminate a part of nature, Andrea Crisanti, parasitologist and genetic engineer from the Imperial College in London, remarked, “it is a species competition between us and the mosquito.”

With millions of the human population at risk of malaria, and our own being threatened by both dengue and Zika, the easy answer would be to go for gene drive. The technology is here and the CRISPR-Cas9 interference technique is bringing forth the potential to solve numerous issues that originate on the genome level. Right now, however, there is little data on the long-term, extended impact that gene drives will have on the global ecosystem.

The scientific community should be careful about keeping test organisms within the safe confines of the laboratories, as any accidental release would have unforeseeable impacts. – Rappler.com

For those who are traveling to countries or are living in areas that are affected by mosquitoes carrying deadly diseases like Malaria and Zika, make sure that you take the necessary steps to avoid getting bitten. Click here to have a look at health products that can keep those pesky and alarming insects away.