What is the National Broadband Plan?

Mar 26, 2017 10:01 AM PHT
Anne Mari Ronquillo
Facebook Twitter Copy URL
Copied
The National Broadband Plan is developed to address the longstanding issue of Internet connection quality in the Philippines. Here's what you need to know. 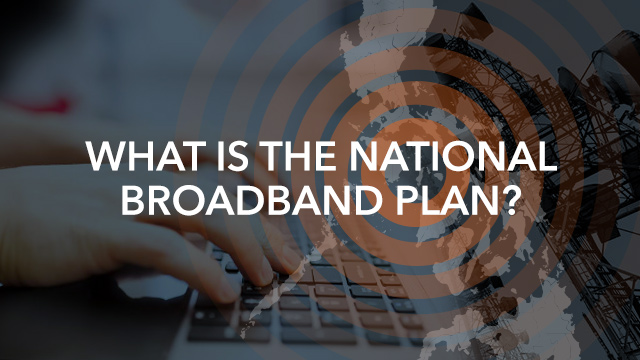 In 2016, President Duterte had tasked the newly established Department of Information and Communications technology (DICT) to carry out a National Broadband Plan (NBP), citing the intended results of free public WiFi access, as well as the improvement of the country’s overall Internet speed.

“Wi-Fi access shall be provided at no charge in selected public places,” Duterte said as his audience breaks into applause. He adds, “O ‘di ba? Happy lahat.”

The nation has long lamented over the speed and cost of Internet services in the Philippines. According to UNESCAP statistics, some 40% of the Philippine population are Internet users as of 2015. Yet, two years later, Filipinos are still able to witness a page loading.

This is an odd circumstance considering that the country also has a competitive BPO industry that employs more than a million people. More industries are increasing their reliance on the Internet, but connectivity issues hamper advancements.

What is the National Broadband Plan?

The National Broadband Plan was developed to address the longstanding issue of Internet connection quality in the Philippines. In line with the Philippine Digital Strategy, also developed by DICT, the NBP zones in on the actual broadband technology solutions the country needs. (The draft blueprint of DICT’s national broadband plan is found here.)

Over the course of 10 years (2017 – 2027), the NBP will have produced 4 parallel outcomes through its overall strategy of staging interventions within the Information and Communications Technology (ICT) industry. These are:

Market players, such as existing and upcoming Internet and telecommunications providers, will be given the opportunity to penetrate underserved and unserved areas, particularly the ones outside of industrial zones and major cities.

The government will be working with both public and private institutions relevant to the improvement and deployment of broadband technologies. The crux of this strategy is coordination among all involved institutions to minimize implementation costs as well as public disruptions from physical construction.

All government facilities, public schools, health institutions, and MSMEs will adopt current technologies and benefit from Internet connectivity. In addition to broadband infrastructures, the government will also utilize other technologies namely spectrum frequencies and satellites for wider distribution of broadband access.

The establishment of the Philippine Integrated Infostructure (PhII) will enable the same facilities to utilize ICT services. Integration with existing infrastructure installed by big providers like PLDT, Globe, and the National Grid, will play a part in keeping costs down.

As broadband access is melded into public institutions and services, the government will actively promote its use while assessing and adjusting to the needs of newer users, specifically in the rural areas.

Local content developers can expect government support in creating and promoting their applications by implementing policies and providing incentives. There will also be outreach programs that will help the adopting public understand the practical benefits of broadband access, anywhere from educational to commercial. 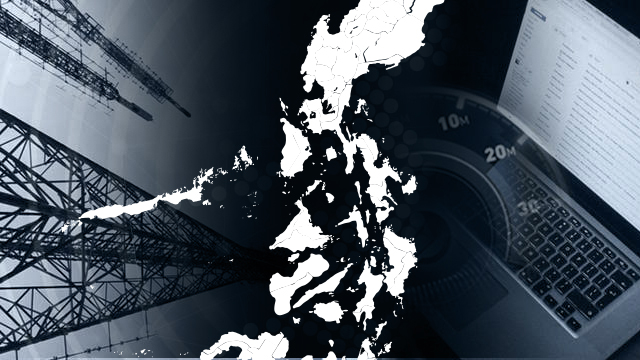 What is The Philippine Integrated Infostructure (PhII)?

PhII is a P77.9 billion project that details the country’s ideal network architecture, starting from the international submarine cable connections, going to the domestic routes, and finally the individual access networks we know as Super WiFi, local fiber-optic provisions, and LTE. Satellite and TV White Space (TVWS) are also some of the emerging technologies being shaped up to distribute broadband.

This proposed architecture will ensure that unserved and underserved rural areas in the country will be given access points to the Internet at affordable costs. The goal is to provide connections of at least 10 Mbps to subscribers by 2020.

How exactly will the NBP address the country’s current issues on Internet connectivity?

There are several policy reforms proposed, one of which is at the constitutional level, that will help fast-track investment and operations in the ICT sector. Currently, telecommunications companies need to secure a legislative franchise prior to operations, which eats up the same amount of time as getting a law passed. The processing of permits required to erect cell towers will be reviewed and streamlined to avoid any redundancies and delays. (Read: Permits, health concerns delay cell site expansion)

An Open Access and Peering Policy will foster competition in the ICT industry by having service providers allow access to each other’s facilities on reasonable terms. This will help lower costs because new providers will not have to invest in physical infrastructure, for instance, laying down more cables when there are existing ones.

Internet Exchange Points (IXP), like the Philippine Open Internet Exchange (PhOPENIX), allows network interconnection, which makes for efficient routing and traffic. Peering arrangements between service providers and telcos will address the country’s speed issues, and the government has set to open a new exchange point that any network can connect to.

Establishing a Universal Access Fund will help direct funding to rural areas that need help adopting the new technologies. This, along with using existing facilities and the suggested open access frameworks and models are poised to enable smaller economies to thrive.

Feasibility studies will be conducted to ensure proper scope, goal, and cost setting. Once the targets have been defined, there will be a competitive bidding process that will award the projects to the most suitable providers.

Who will be involved in the implementation of the NBP?

The DICT will establish a Project Management Office to see the NBP through. The Office is said to be accountable to the development and outcome of the NBP, and will be creating its own internal policies and plans.

National and local governments will be key influencers in carrying out the NBP, especially on the regulatory front. The government also has the power to stage interventions in necessary areas through the said policy reforms and investor relations.

Service providers, such as telecommunications companies and ISPs are also key participants in the building and integration of the proposed infrastructures. As the deliverers to individual consumers, they will need to start improving the quality and cost of services offered. (READ: ‘Faster, cheaper’ Internet via DICT’s national broadband plan)

Local communities and groups have the essential role of effecting change on a micro level. These groups will have to work on programs that will engage new users, especially on the countryside, to welcome new technology and pursue its benefits. – Rappler.com

Anne was an IT professional for 7 years before wading into the unpredictable pool of freelance writing (and parenthood). Her interests are reflected by her favorite apps: Evernote, Simplenote, and the native iOS camera.