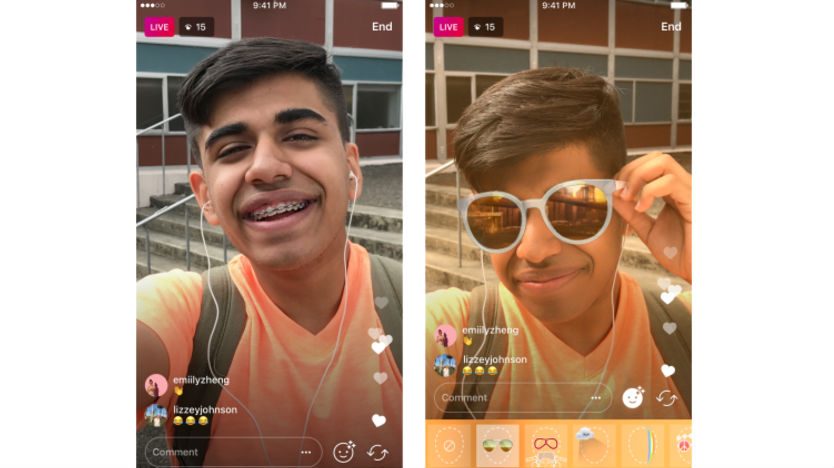 This week, we see some advertising-related enhancements from several platforms: Snapchat makes a move to enrich ad content and Facebook may soon allow all users to monitor their personal ad-clicking activities. Instagram livens up its streams by adding filters, and Twitter aggregates popular content among networks. Read up for this week’s most interesting updates from your favorite platforms.

Instagram continues to enhance its Live broadcasts by regularly adding small but interesting features. It will be rolling out to users in the next few weeks. Those who can now use the feature are able to apply face filters on themselves during broadcasts. Like Snapchat, they have filters available for a limited time such as this week’s sunglasses.

Facebook’s menu is seeing a new Whatsapp button. This was a user tip sent to The Next Web, found after the said user switched Facebook to Danish. It simply opens Whatsapp the same way users can go to Instagram from Facebook’s app.

Meanwhile, some users are now able to see which ads have piqued their interest through Facebook’s “Recent Ad Activity.” In a report by TechCrunch, some users are able to see an activity log dedicated to advertisements. The definite purpose of this addition is yet to be stated by Facebook.

Snapchat is stepping up its ad game by announcing 14 new Creative Partners. These partners will be helping brands and companies craft content tailored to Snapchat users. Engaging content will come in the form of interactive games, GIFs, 360 videos, and even mobile couponing.

Twitter confirmed to Buzzfeed that it had rolled out a Popular Articles feature for iOS and Android this week. Users may now browse through links that have been gaining attention within their own networks. The links are viewable within the Twitter app. This new tab can be found along Trending and Moments. 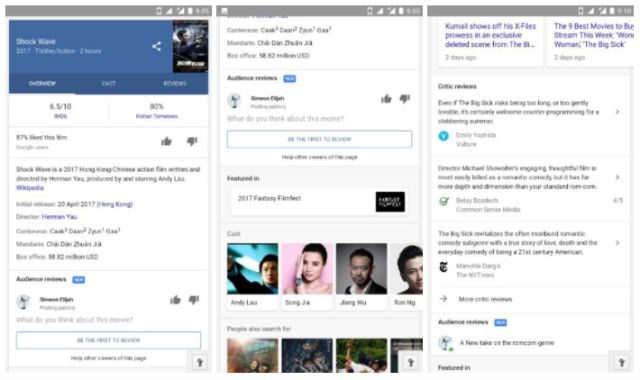 Android Police spotted an interesting new feature when searching for movies in Google, at least for some users. In the screenshots, users are now being invited to type in reviews in addition to liking or disliking a film, all of which are under a new section called Audience Reviews. This feature is yet to be available globally and there are no reports at the moment as to whether this will be integrated with Movies & TV on Google Play. – Rappler.com