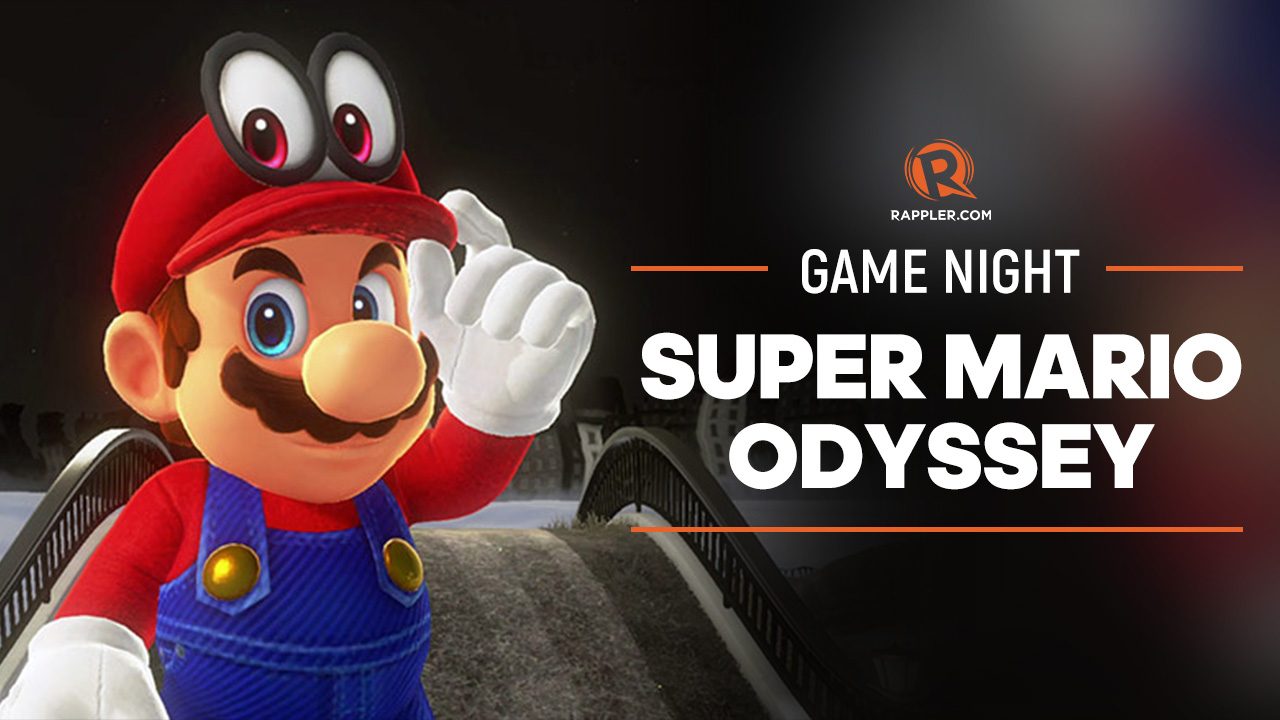 MANILA, Philippines – We return to the land of goombas and koopas in this episode of Game Night as we take on Super Mario Odyssey for the little console that could, the Nintendo Switch.

Super Mario Odyssey is the latest adventure of videogaming’s favorite plumber-slash-cap-wearer, Mario, released on October 27. Mixing that old pick-up-and-play charm of any Mario game with a new hat-throwing, character-possessing mechanic, Super Mario Odyssey proves to be yet another classic entry in Nintendo’s flagship platforming series.

As usual, the princess has been kidnapped again by series baddie Bowser, and it’s up to us to rescue her from his reptilian clutches.

Here we play the first few areas of the game, in which we get jetissoned off an airship, explore a literal ghost town, become a high-jumping frog, and face off with a giant lady boss who clearly needs some make-up advice. Check out the video above! – Rappler.com