How to check your third-party app permissions on Facebook

Mar 20, 2018 1:35 PM PHT
Victor Barreiro Jr.
Facebook Twitter Copy URL
Copied
Facebook users can ensure companies and app makers don't continue to mine them for data. Here's a guide on how to do so. 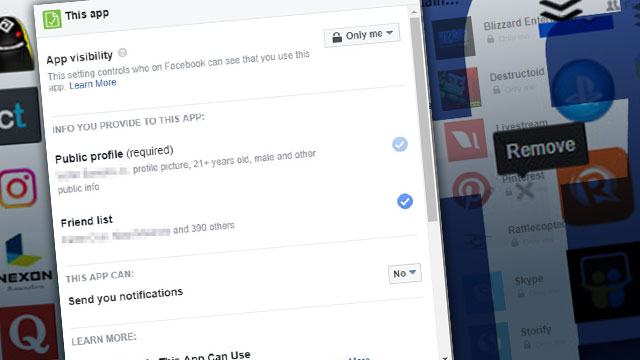 MANILA, Philippines – Chances are, you’ve heard about the recently revealed Facebook data privacy scandal and how third party-apps on the social network need your consent to access your data.

In the Facebook data privacy scandal, a whistleblower revealed that data of some 50 million Facebook users were harvested through a personality app by the Trump-connected data analytics firm Cambridge Analytica. Facebook suspended the accounts involved, including that of whistleblower Chistopher Wylie, but only long after the damage was done and with investigations looming on the horizon.

While Facebook users may want to be more discerning about the third-party apps they allow access to, sometimes, the lure of a good quiz or promotion makes us want to give our consent to have our data mined.

That said, users can ensure companies and app makers don’t continue to mine them for data by taking their apps off your approved list or reducing what data these app makers allowed to have.

The first step is to visit the apps page. It’s a tab on your Facebook screen, accessible also via this link.

On the main screen, you’ll find an expandable list of apps you’ve given access to. These include websites you’ve signed on to using Facebook, as well as apps and games you’ve connected with, in general. 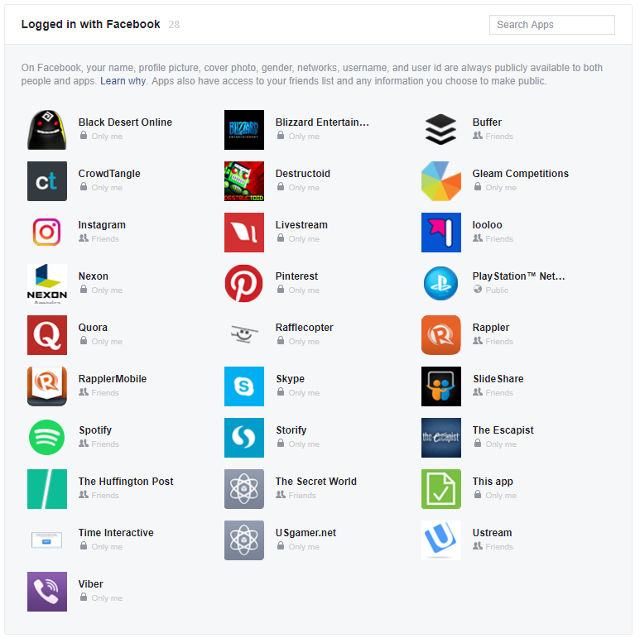 You can edit what information an app specifically gets from you when it initially asks for permission, though this page also lets you edit those same settings after the fact. Just highlight an app name, then click on the pen icon that shows up.

On the app settings page, you are forced to allow some information through, but you can toggle off the additional information you allow the app to see.

In the screenshot below, you can see that your basic information is forcibly made part of the permissions as a condition of app usage. You can, however, limit its access to your friends’ information and disable its ability to send you notifications. 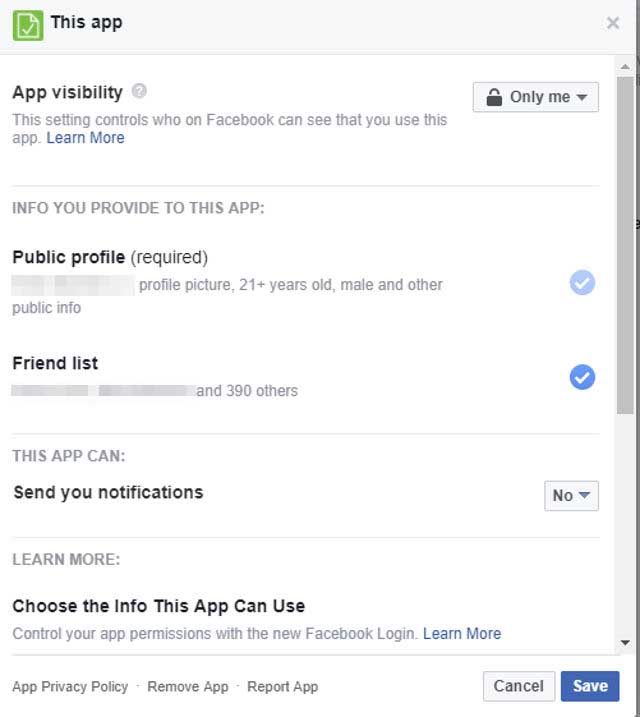 Lastly, highlighting an app and clicking on the X will allow you to remove the app from your listed apps, thus ending its permissions for access to your data. For one-off quizzes and apps you rarely use, this is the best option.

We encourage everyone to take a few minutes out of their day to clean up their app permissions. Trimming the list of apps and adjusting their settings can go a long way toward ensuring you don’t continue to allow your data to become a commodity. – Rappler.com