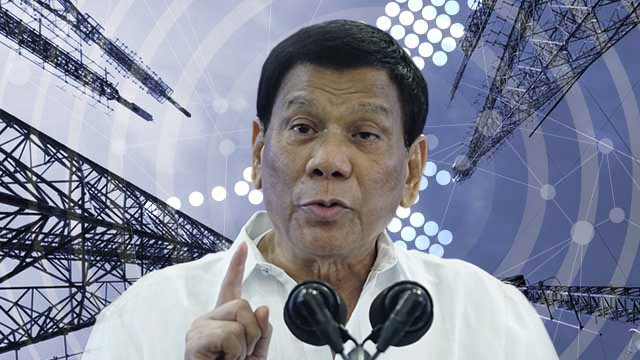 Internet in the Philippines has remained, more or less, the same from a year ago. Speeds have seen a slight increase, but relative to the rest of the world, the country remains in the lower tier. In the most recent global index by internet speed monitor Ookla, the Philippines ranked 97th out of 125 in mobile speed with an average of 14.05 Megabits-per-second (Mbps) and 84th out of 135 in fixed broadband with an average of 17.73 Mbps.

Internet speed improvement has been repeatedly declared as the Duterte administration’s tech priority – a problem that will be aided, as the government believes, with the entry of a third telco to force competition-fueled changes in the landscape. That has been the focal point of any talk regarding improving the broadband situation in the Philippines. Below, we show you where we’re currently at with regards to finding the third telco, as well as a few other important developments over the past year.

The search for the 3rd telco continues

The third telco has reached mythical proportions: frequently talked about, perceived as the savior of Philippine internet, but like any creature of legend, non-existent. For now, at least, that remains the case.

In December 2017, President Rodrigo Duterte commanded the Department of Information and Communications Technology (DICT) to make sure that the Third Telco had been found by the first quarter of 2018, answering to public clamor for massive internet service improvements in the country, and shake up the entrenched Globe-PLDT duopoly.

However, by quarter’s end in March, Malacañang softened, after DICT appealed for a deadline extension. The hard March deadline became a still-urgent but more flexible “as soon as possible,” with progress now being monitored by a Palace-appointed oversight committee.

The biggest development, occurring just days before Duterte’s second presidential anniversary, is the release of the latest draft of the DICT and the National Telecommunications Commission’s (NTC) selection guidelines for the third telco.

The key points of the guidelines include requirements for the prospective telco to service at least 30% of the country’s population, offer a minimum speed of 5 Megabits per second (Mbps) for both fixed and mobile broadband services, and a minimum of P40 billion for capital and operational expenditures. (READ: Cases over regulatory fees hound some 3rd telco aspirants)

Along with faster internet speeds, what the administration has repeatedly mentioned with regards to its tech priorities is providing internet access to more people. One of the ways it has tried to do so is with the “Free Internet Access Program,” which Duterte signed into law in August 2017.

The basic tenets of the law ensure that there is free internet access in areas including national and local government offices, public basic education institutions, hospitals, health centres, parks, plazas, libraries, airports, seaports and transport terminals. The law is part of the National Broadband Plan, the DICT’s flagship campaign to improve internet in the country, ordered by Duterte back in 2016.

Currently in Congress is House Bill 5337, which has yet to be passed, but seeks to reclassify internet services as a basic service like a landline telephone instead of a value-added service. If internet services were to be reclassified as a basic service, the NTC will be able to impose minimum service standards and direct regulatory supervision on broadband services and broadband service providers.

With the bill, the NTC will also be able to compel broadband service providers to upgrade their systems and equipment to reach set standards.

Duterte only allotted a small portion of his more than 12,000-word 2017 State of the Nation Address to technology-related developments, mostly on improving broadband services and internet service reach:

We view Information and Communications Technology or ICT as an effective medium to implement positive and meaningful changes in our society.

To this end, my Cabinet approved the National Broadband Plan of 2017 to begin the work of bringing affordable internet access to every community and improving broadband connectivity in the country.

We have also installed free WiFi internet in almost 400 public places around the country. We hope that the public will use them to access important information and services.

The National Government Portal, which we launched recently, will allow faster and easier delivery of public services and reduce the number of visits of the public to agencies for government transactions.

The Digital Terrestrial Television Broadcasting Migration Plan has also been launched. The switch to digital from analog transmission will not only give a better TV viewing experience but also provide effective and reliable information to Filipinos in times of calamities.

The government-owned Salaam Digital TV, the first Muslim TV in the Philippines, is now already on test broadcasting.

Expect the issue of the third telco to receive some spittle in the upcoming address.

The lack of a third telco is identified as the problem by OpenSignal too:

“In the 6 months since our last look at the Philippines, little has changed in OpenSignal’s speed, availability and latency rankings. That’s to be expected though since there are still only two mobile operators for now, but a third choice may be coming soon to shake things up,” it said.

“Until then, it’s a two-horse race with customers having a choice between more 4G availability on the one hand, and faster LTE speeds on the other. This report analyzes results from more than 771 million measurements OpenSignal testers collected in the Philippines in the 90 days ending Jan. 31, 2018,” it added.

This year, both Smart and Globe are aggressively rolling out more cell sites, both touting high levels of capital expenditures. Smart and Globe in the second quarter of 2018, fired up their 4G networks in far-flung places including Batanes (Smart) and Tawi-tawi (Globe).

Beyond 4G: The 5G picture

Beyond 4G, Smart and Globe are also preparing their networks for next-generation mobile technology 5G. The two have made big declarations regarding 5G, with Smart saying that its goal is to have a “5G-ready” network by 2020 – the expected year of arrival for much of the world – while Globe made an even bolder declaration of having 5G-enabled services as early as Q2 2019.

Perhaps the government’s sustained demand for a third telco – even if it hasn’t been found yet – has had some benefits after all. – Rappler.com