Sep 18, 2018 7:19 PM PHT
Gelo Gonzales
Facebook Twitter Copy URL
Copied
The Information and Democracy Commission is a global initiative launched by Reporters Without Borders to build a formal multi-sectoral approach to combating misinformation and disinformation in the digital age 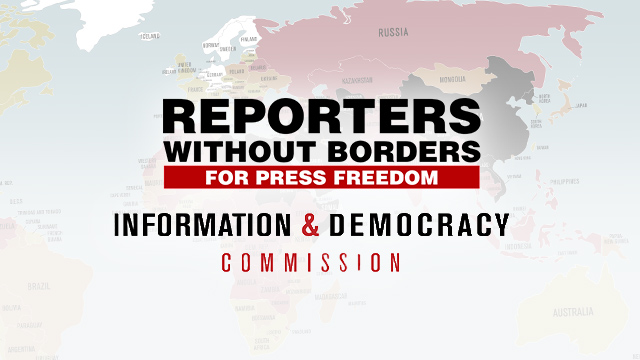 Last Tuesday, September 11, the Paris-based Reporters Without Borders or Reporters Sans Frontiéres (RSF) launched an initiative to support and promote the flow of truthful information in the digital era.

The initiative is anchored by the formation of the Information and Democracy Commission, an international panel made up of 25 advocates from 18 countries including top journalists, human rights lawyers, technology specialists, literary minds, and professors. Their goal is to draft the International Declaration on Information and Democracy – a set of principles, objectives and governance proposals intended to defend the free flow of information at a time when political powers, private interests and corporate actors are able to exert significant influence over it.

What triggered its creation?

The panel’s co-chairs Nobel peace laureate Shirin Ebadi and RSF secretary-general Christophe Deloire said “the crisis of trust in democracies and the growing influence of despotic regimes” have become a “major threat to freedoms, civil harmony and peace.”

All over the world, political figures have turned to social media and other online tools to serve as a megaphone of sorts to shape thinking and influence thoughts on critical issues according to their own agenda. Foreign interference via the use of global online platforms have also become a problem, with countries such as Russia and Iran launching systematized operations to influence, for example, elections in other countries including the US. (READ: Facebook, Twitter takedowns show quandary in curbing manipulation) 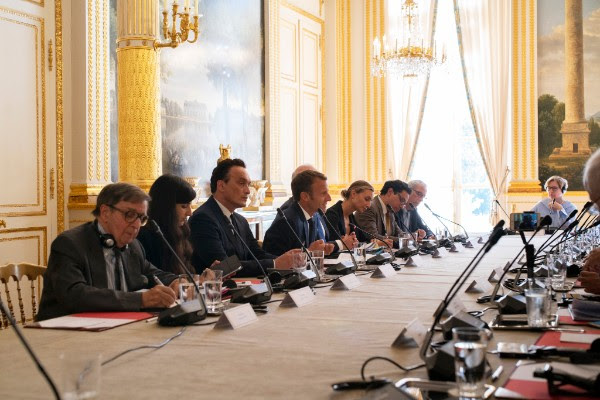 A University of Oxford report published in July 2018, discovered the growth of such operations, with 48 countries now making use of “cyber troops,” up from 28 last year.

The problem is global, with seemingly no real border separating one sovereign state from another anymore. Propagators wield significant political and economic power – enough to undermine today’s journalistic institutions.

Responses from online platforms, despite more stringent actions, have yet to really stamp out the problem. (READ: Facebook’s Sheryl Sandberg and Twitter’s Jack Dorsey testify before U.S. Congress)

Where accurate information provided by the fourth estate is muddied by the coordinated campaigns of those who seek control over what people know, democracies crumble. These are the conditions under which the panel was formed.

How does the panel seek to solve the problem?

The panel will engage with private decision makers, government leaders looking to legislate regulation for online platforms, and the public that deserves to be educated more about the information they are consuming now.

The commission’s declaration will “state principles, define objectives for decision-makers and propose forms of governance” and must “constitute a point of reference that will mobilize all those who are committed to defending a free and pluralistic public space, which is essential for democracy,” says its mission statement.

The principles that the commission seeks to guarantee revolve around transparency and accountability. It wants powerful entities to have transparency obligations with regards to, for example, an online platform’s algorithms, source code, and personal data collection activities, and for promotional content, advertisements and propaganda to be “systematically distinguished” from journalistic content.

Rules must also be “defined to combat monopoly situations” such as those perceived to be currently enjoyed by online giants like Facebook and Google; identify conflicts of interest between content maker and content publication platform; and establish a working system of checks and balances among players in the information space.

It also seeks to empower journalism through regulatory guidelines, constant education of the public regarding information assymetry and cognitive bias, and ensure that quality journalism is surfaced more effectively in online platforms.

“This initiative’s ultimate goal is an international commitment by governments, private-sector companies and civil society representatives. To this end, RSF expects a political process to be launched at the initiative of the leaders of several democratic countries on the basis of the Declaration, and that this will lead to an “International Pledge on Information and Democracy,” says the RSF in a press release.

Who are in the commission?

The journalists in the panel include: 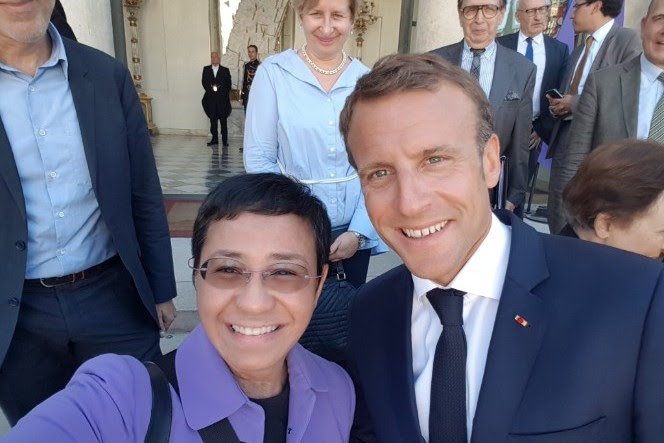 RSF hopes to get commitments from the world’s leaders – to whom letters have already been sent – by mid-November, as the month hosts key events in events in Paris including the commemoration of the 100th anniversary of the end of the First World War (November 11), the Paris Peace Forum (November 11 to 13) and the Internet Governance Forum (November 12 to 14).

At the September meeting in Paris, the commission’s first, it also had a dialogue with French President Emmanuel Macron, and thereafter set a goal of completing its work within two months.

“We requested and obtained Emmanuel Macron’s support and his promise to join with leaders of other democratic countries in launching a political process designed to achieve this international commitment,” Deloire said after the meeting.

“This initiative will allow an approach adapted to current and future challenges in order to guarantee that human beings have access to freely reported and reliable news and information in the new context of globalized and digitalized information that is ours today.”

Any persons or entities that would like to participate can send their contributions in English or French to informationdemocracy@rsf.org. The role of rapporteur is being performed by Antoine Garapon, the editor of the magazine Esprit and secretary-general of the Institut des Hautes Études sur la Justice (IHEJ). – Rappler.com