Here’s what to expect at the 2019 Mobile World Congress MANILA, Philippines – The world’s top phone makers will converge in Barcelona, Spain from February 25 to 28 to showcase their latest products and innovations at the 2019 Mobile World Congress (MWC).

Going by the multitude of rumors leading up to the show, the mobile industry is on the precipice of another major technological revolution driven by 5G connectivity and flexible screens. MWC is the best place to see them all in action.

Here’s what you can expect at the show!

While Asus has recently been off radar, the Taiwanese brand is set to launch its new flagship, the ZenFone 6, according to numerous leaks.

Recent hands-on photos of the device reveal that it has a triple rear camera system and a red gradient color.

The leaks that surfaced in the last few months did not appear consistent though, which may suggest multiple variants will be released alongside the standard model. Some reports claim that the P30 and the P30 Pro might also be revealed. We, however, believe that Huawei will keep the two devices under wraps for their own launch event sometime in March.

LG has confirmed that it will launch its first 5G phone at the show, which reports claim is the V50 ThinQ.

It will come with the new Snapdragon 855 chipset, a 4,000mAh battery, and a much larger vapor cooling chamber than the one found on its predecessor, the LG V40 ThinQ.

The South Korean electronics company is also expected to launch the LG G8, which is expected to flaunt a front-facing 3D time-of-flight (ToF) camera.

Motorola launched the now-iconic Razr flip phone before the dawn of modern day smartphones. There’s been a lot of talk about the company bringing it back in an updated foldable device in what is currently called the Razr V4.

Nothing much is known about the device except that it folds, and will likely be really expensive. HMD Global might make the long-rumored Nokia 9 or Nokia PureView official at MWC.

It’s been widely reported that the upcoming flagship sports 5 rear cameras. However, other than that they are Zeiss branded, we’re not entirely sure what the penta-camera setup can actually do.

The device is expected to feature a Snapdragon 845 chipset, 6GB of RAM, 128GB of onboard storage, a USB Type C port, and an in-display fingerprint scanner.

Several rumors have also suggested other mid-range and entry-level Nokia devices could be revealed as well.

Not much is known about what OnePlus has planned for MWC 2019. Reports have confirmed they will host a private event at the show, but no one is sure whether they will reveal their 5G device there.

Unlike other brands on this list, Oppo might not show a full-fledged commercial product at the show. Instead, they will reportedly showcase a 10x optical zoom lens, which they have been developing for quite a while now.

In essence, the technology will allow smartphone owners to zoom-in on a subject without sacrificing image quality by combining three prime lens inside the camera system.

The system will include Optical Image Stabilisation (OIS), but we have yet to hear about aperture.

There’s also no word yet whether the technology will find its way into a smartphone in the future. Oppo similarly showed off their 5x zoom technology a couple of years back, but it was never actually implemented on any of their commercial products. 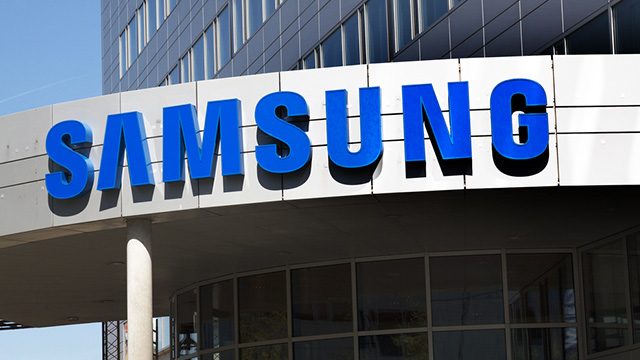 Samsung is expected to officially pull the curtains back on its upcoming Galaxy S10 line of flagships at its own event in San Francisco ahead of MWC 2019. But this doesn’t mean that the South Korean giant will not have anything at the show.

It’s been hinted that we’ll finally get a closer look at the so-called Galaxy F or Galaxy Flex, Samsung’s foldable phone, which is rumored to have 7.3-inch display when unfolded.

Sony has confirmed that it will hold a press conference at this year’s MWC where they are expected to unveil two new devices.

One is said to be the company’s upcoming flagship, the Xperia XZ4, which allegedly supports a 21:9 CinemaWide display.

A smaller screen Compact model is typically launched alongside the the regular flagship models. Reports, however, claim that this might not be the case for the Xperia XZ4.

What will likely join the Xperia XZ4 in its MWC launch is the Xperia XA3, which will tout a similar tall display, Snapdragon 660 chip and dual rear cameras.

Vivo announced in late January that it will be bringing a brand new concept phone to MWC this year.

Called the Vivo Apex 2019, the device has no ports, buttons, or any other openings whatsoever, except for a thin microphone slit. It instead has touch and pressure sensors built into its curved edges to register functions.

It has an in-display fingerprint scanner that now covers the entire screen – an improvement over its predecessor that only covered a part of the screen.

Under the hood, it offers a Qualcomm Snapdragon 855 processor, 12GB of RAM, dual-rear cameras, and 256GB and 512GB storage options

The company also teased the reveal of the Vivo 15 Pro, which sports a 32MP pop-up selfie camera and an in-display fingerprint scanner. We’ll surely learn more when it’s officially revealed. Xiaomi confirmed that will host a media event at the show, but did not offer any details regarding what will be announced.

With 5G as one of the year’s big focus, it’s highly likely for the Chinese electronics company to launch the 5G version of the Mi Mix 3, which it previously said was in development, at the show.

The device reportedly has a Snapdragon X50 modem that supports 5G. In terms of design, it is said to be no different from the version released in China late last year.

The new Xiaomi flagship, the Mi 9, is also rumored to make an appearance at the show. If a recent leaked render is to be believed, the device features a triple camera system and a “teardrop-esque” notch. – Rappler.com