‘Devil May Cry 5’ preview: Back in style 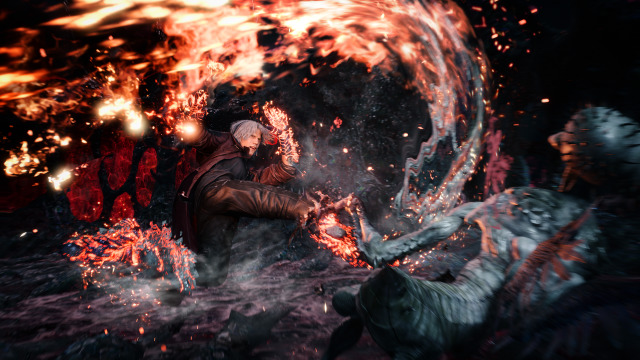 MANILA, Philippines – It’s been more than a decade since fans got to play as the white-haired demon hunter Dante in a Devil May Cry game.

Capcom handed over development duties to Ninja Theory for 2013’s DmC: Devil May Cry, which reimagines the series with a younger version of the character. Fans, however, were not too pleased with the changes and it was soon revealed that the game’s story is actually set in an alternate reality.

With Devil May Cry 5, the Dante fans know and love is finally making his comeback.

The game is a direct sequel to Devil May Cry 4, according to producer Matt Walker and director Hideaki Itsuno, who talked about the game in a media event hosted by local game retailer Datablitz.

Set after the events of Devil May Cry 2 and 4, Dante, Nero, and their crew of demon hunters are recruited by the mysterious V to slay an ancient demon terrorizing Redgrave City.

Even though it’s 5th installment in the long-running series, Walker said the game has a self-contained story that puts series fans and newcomers alike in equal footing.

In addition to this, newcomers who want to invest in the story of the series also have access to “History of DMC”, a feature that retells the events from previous games in the timeline.

Who players can select for a mission, however, has already been predetermined, which means not all characters are available throughout the entire game. The developers made it clear that there are parts in the game where the story of the three characters intertwine, allowing all of them to be selectable in those specific missions.

Each character has their own distinct play style, which forces players to switch up their strategies and approach to killing demons depending on who they choose to play as.

Nero, for instance, has eight types of mechanical arms he can switch around called Devil Breakers. Each Devil Breaker comes with its own unique moves, combos, and special attacks. 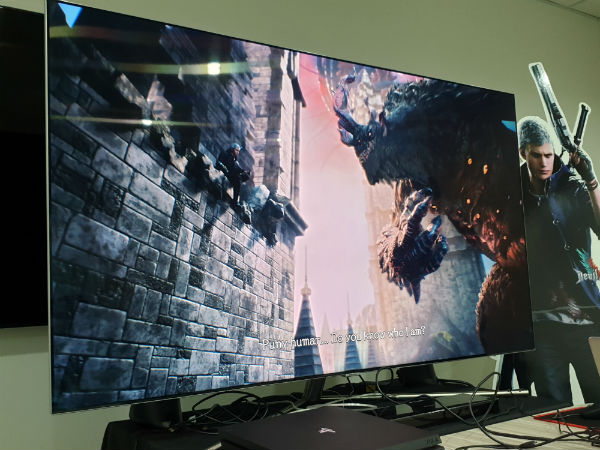 In the demo the developers played for us, we saw Nero use a Devil Breaker that turned his arm into a rocket that he could ride or launch directly at enemies.

These Devil Breakers also allow Nero to use a Breakage move, a charged-up special attack that deal a lot of damage and often clears all enemies in a room.

Using these attacks or getting hit while charging them breaks the equipped Devil Breaker, which Nero could replace by finding one scattered around missions or buying them from the in-game store.

There’s no way to switch between Devil Breakers without breaking it entirely. This means players have to strategize when to use them and in what order to pick them up. 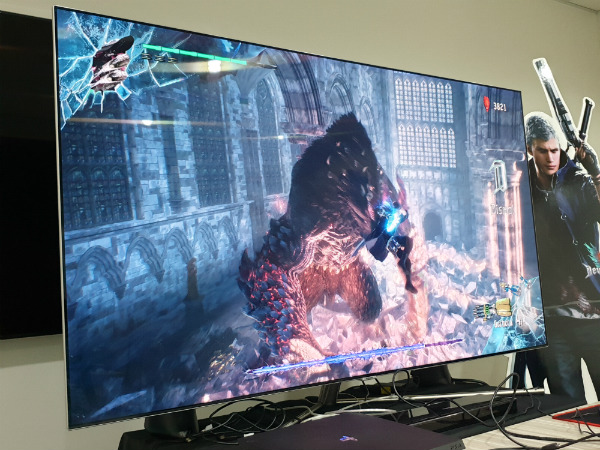 Walker emphasized that when playing as Nero, it’s all about managing what players have and knowing when to use them effectively.

Dante, on the other hand, is all about choice. He has 4 different styles that players can easily choose from, which are essentially variations of his basic melee and ranged attack combinations.

Walker assured fans of the series that he feels familiar to the Dante of previous games.

Lastly, with V, it’s all about keeping control of the battle. Unlike Dante and Nero, V fights from a distance by summoning Familiars to do all the heavy lifting for him.

He controls Shadow, a liquidy substance that takes the shape of a black panther to attack enemies up close; and Griffon, a raven that flies and drops projectiles from above. V can also use his special attack to summon Nightmare, a giant demon that independently fights enemies and can later be ridden with the right skill unlock.

While Devil May Cry 5 is primarily a single-player experience, the game features 2 new multiplayer modes that could change the way players play the game.

For the first time in the series, players can fight demons alongside their friends in a traditional co-op mode. Walker and Itsuno did not detail how the it works, but said that up to 3 players can join each other in a room. 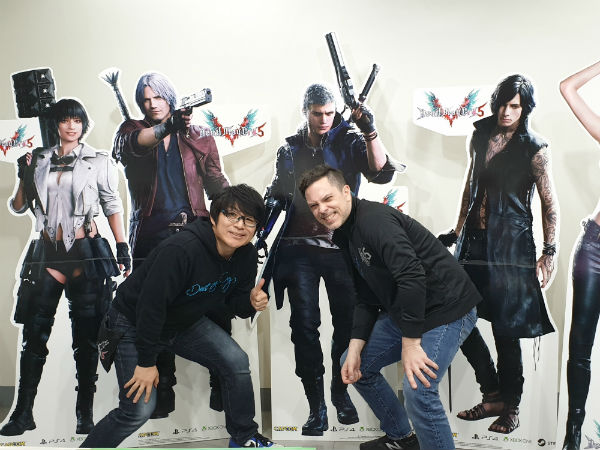 Meanwhile, players can show up and make guest appearances in each others’ games in the new “Cameo” system.

The system lets players see their friends, other online players, or even their own ghost data fight at the distance or alongside them in certain missions. At the end of these missions, players are then asked to rate each other “stylish” if they played well enough, which then nets rewards.

Walker explained that the idea behind the mode is for players to feel that they are being watched, in turn pressuring them to play stylishly, nail flashy combos, and put on a good show.

Newcomers who think they might not be able to play the way the game wants them to need not fret as the Devil May Cry 5 has an auto-assist feature that lets players string long combos with just a few taps of the attack button.

It’s a handy feature to help the uninitiated get comfortable with the timing and pattern memorization that may come with a deeper level of play.

Devil May Cry 5 is shaping up to be the entry in the series that fans have long been wishing for. Dante and Capcom’s comeback promises to be a return to form for action games that rewards dedication and effort yet still be welcoming enough for newcomers to learn and enjoy. – Rappler.com