Facebook Twitter Copy URL
Copied
Open Educational Resources are digital learning materials students and teachers can access – even offline – no matter where they are. Will it work in the Philippines?

MANILA, Philippines – In the Philippines’ far-flung schools, access to the internet does not come easy to students. Considering the country’s geographical characteristics, there are various remote islands whose schools have difficulty in accessing education aided by internet connectivity.

The Department of Education’s (DepEd) OERs or Open Educational Resources aims to address this gap. With the primary aim of making e-learning more accessible to geographically-challenged or “last-mile” schools, the DepEd through the Office of the Undersecretary for Administration has been launching OERs nationwide, prioritizing remote schools in the country.

OERs are digital platforms housing teaching, learning and research materials. They are primarily designed for offline use, but can also be accessed online for updating materials. Materials in these platforms include various educational content ranging from a lesson plan, a video, a song to a complete online course or curriculum.

DepEd has been using foreign-developed OER platforms such as Kiwix and CourseLab, from Switzerland and Russia, respectively, since it began its OER initiative with the training of a group of 12 teachers from DepEd in April 2019.

Aside from its offline features, OERs open teachers to participate in retaining, reusing, revising, remixing, and redistributing learning materials.

They have been existing as far back as 2001, with Massachusetts Institute of Technology in the United States being the first to utilize them in their MIT OpenCourseWare.

OERs have now been utilized across schools in different regions of the Philippines. According to DepEd’s database issued to Rappler, there are 1,364 public teachers who have received trainings in facilitating OERs, while there are 13 teachers from private schools, as of writing. Majority of these teachers come from Region 1.

However, schools covered by these teachers only represent 10% of all schools in the country, Mark Anthony Sy, DepEd’s OER Team Leader and Executive Assistant to the Office of the Undersecretary for Administration, told Rappler in an interview. 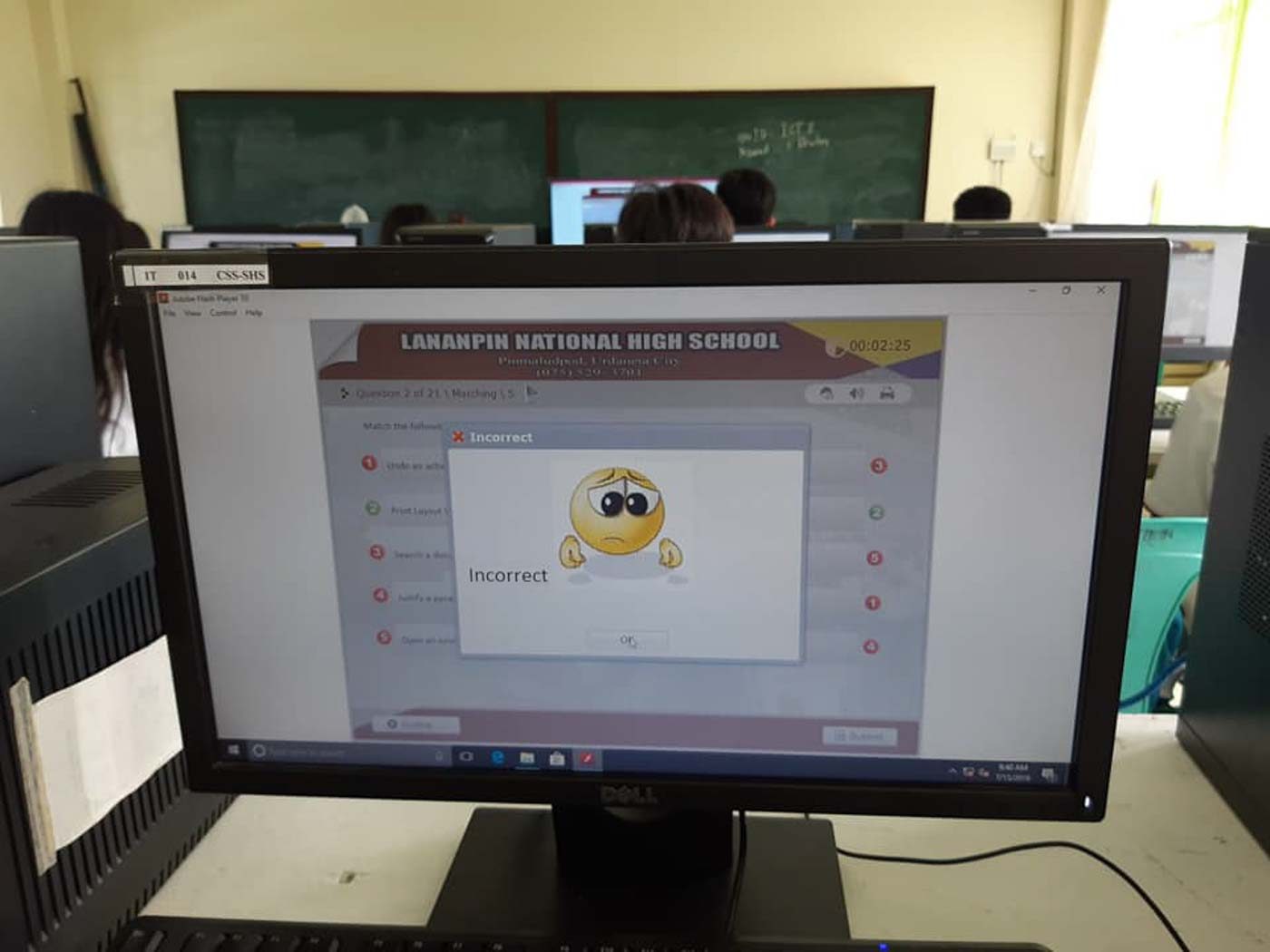 (It’s still in the trial-and-error-period. However, the impact was huge and fast…. We are helped by the UNDP, the United Nations Development Program. So when I mold this 10, plus the 2 personnel here in ICTS, we started with 13. We have conducted cluster trainings [of teachers], cluster 1, 2, 3, and 4, nationwide. So each cluster, we are training 100 teachers….) 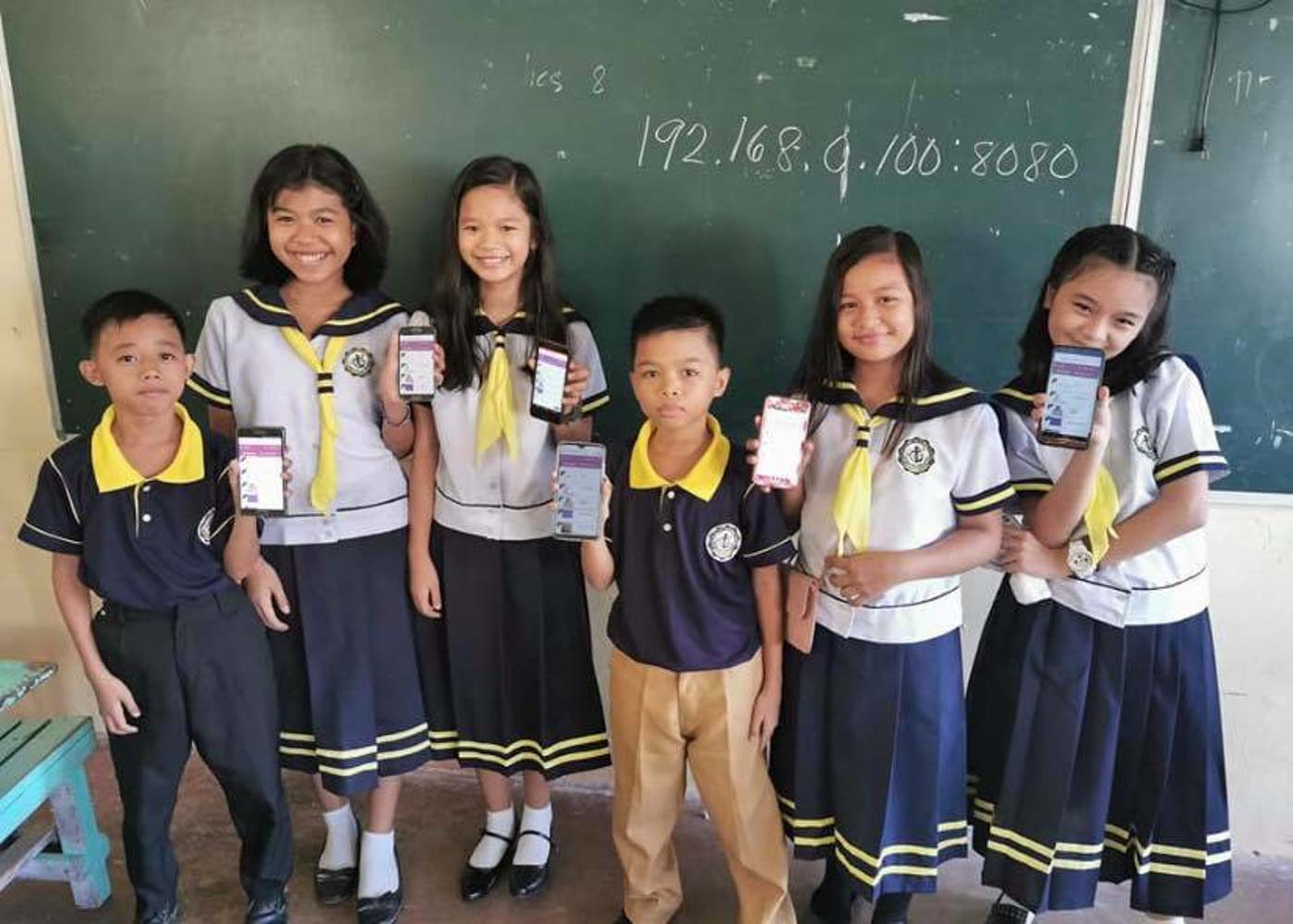 In accessing OERs offline, students and teachers connect their devices to a router or a hotspot system. After which, teachers instruct students of a server URL for them to be able to log in to their schools’ OER. This process does not require any internet connection, Sy emphasized.

In the larger scheme, DepEd intends OERs to prepare students and teachers within 3 years for its bigger Wide Area Network (WAN) project. WAN will connect all schools in the Philippines to the internet to address the remaining 70% of schools without access.

As OERs provide baseline skills for e-learning, according to Sy, DepEd believes all teachers, down to the last-mile schools, must know how to utilize them first, before all schools are able to access the internet.

(So before WAN happens, [we] are empowering teachers first via OER. What happened to DepEd before, it doesn’t have baseline skill, it teaches in different ways. Now, what we want to happen, everything, even the remote schools or last-mile schools, they could access the technology. That’s our target for the next 3 years.)

Aside from the benefit last-mile schools may derive from OERs, the program is also seen to offer a direct benefit to students and teachers.

OERs foster an interactive learning environment to students through its multimedia tools, according to DepEd. It is also designed to be flexible to the needs of students with disabilities.

As well as students, teachers also benefit through the OERs’s feature that allow open recreation of materials. As teachers integrate themselves in the process of designing instructional materials, they become more involved in the facilitation of learning, not just becoming a “passive follower” of what the school administration or a book provides, according to Sy.

However, the OERs are observed to be an oversimplification of the solution to the problems of education in the Philippines.

The development NGO IBON Foundation has reservations to DepEd’s new e-learning initiative, maintaining that “the thrust to make digital technology the solution” is an oversimplification of the educational situation and misses out on more urgent reforms.

For John Paul Andaquig, Publications Section Head of IBON Partnership in Education for Development (IPED), schools in conflict-affected areas and the poorest and least advantaged regions such as the ARMM still face the glaring problem of “lack of decent classrooms, textbooks and other instructional materials, aside from the lack of teachers.”

“So while OERs, can be used offline, it would still require schools to have electricity and wifi connection in order for materials to be updated and shared,” Andaquig told Rappler in an interview.

“DepEd officials seems to always have a penchant for foreign-developed educational platforms and technologies. Before K-to-12 for example, the DepEd implemented the UBD or understanding-by-design, developed by American educators. Even the Outcome-based Education framework is based on Western models and theories of learning,” he furthered.

The incorporation of foreign theories and programs in the local context is not bad in itself. However, DepEd’s effective integration of such reforms into the Philippines has been found lacking, Andaquig concluded.

Per DepEd’s Aide Memoire issued to media organizations, interested teachers may learn more about and the use of OER by visiting and joining the OUAP OER EXCHANGE group at DepEd’s Facebook Workplace. Interested educators and students may also send in an email to oer@deped.gov.ph for training-workshop requests, queries, updates, and other related educational technology concerns. – Rappler.com