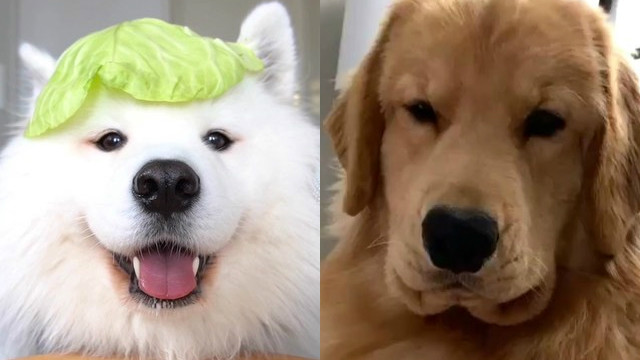 MANILA, Philippines – August 26 is International Dog Day according to the internet, meaning it’s as good a time as any to celebrate our favorite good bois (and girls) on the web.

For those who can’t own a dog because of various reasons (i.e. evil landlord, it’s just too much responsibility) Instagram dogs are the next best thing – all of the cuteness, none of the mess. Kidding aside, these dogs offer a sort of digital surrogacy; for anyone who’s religiously followed a dog online, you can’t help but develop some strange, warm feelings for them as though you own them too.

And for those who already own a dog in real-life? Well, it’s still always fun to see what other sorts of silliness other dogs do. Below are some of our favorites:

His trademarks are the low-angle shots that show his face being all droopy  and squishy while saying the traditional doggo-speak greeting “Henlo.” He’s a fast-rising star, reaching 1.7 million followers in about a year, thanks to his and his mom’s funny antics. This particular video below went viral and got Tucker airtime in various news websites:

From Germany, we have Maya, the prettiest Samoyed you’ll ever see. Her trademark is the pink streaks on the side of her eyes that make her appear like she has makeup. Don’t worry though! It’s not makeup. It’s the tears from her eyes that somehow turn the hair around the corner of her eyes pink. Also, she has a very soft bite:

They’re siblings, but their personalities couldn’t be any more different. Morty is a social butterfly, vivacious, needs attention all the time, and if he were human, he’d definitely be very huggy. Maple is none of the above. She’s very, very sassy, and likes giving the side-eye. Maple’s been trying to be friendlier recently though:

[Sound on] Something very strange is happening to Mapol. What happened to my dog? @pua.the.frenchbulldog

German shepherds have a reputation for being tough, fierce police dogs. Not Max though. He’s the derpiest German Shepherd in the world, whose special skill is not being able to catch balls. He’s got a new brother too, named Murphy the golden retriever.

Coconut’s the most athletic, most coordinated in this bunch, with great catching and “barkour” skills:

I did it all for the cookie and took my barkour skillz to the next level! Which jump was your favorite? ~ Music: Early Hours Musician: @iksonofficial