The world’s biggest consumer tech conference, CES, happens next week, with the show floor open from January 7 to 10, and the keynotes happening on January 5 and 6. New TVs, processors, phones – the consumer tech industry certainly wastes no time in starting the year with a deluge of new products some of us will be putting in our Christmas wishlist as early as now.

Here’s a quick guide on what to expect:

You’re probably sick of hearing 5G this, 5G that at this point. When are we actually going to experience it? Well, not anytime soon. But that won’t stop companies from getting ready for the 5G wave.

Laptop Mag expects the nascent network technology to pop up in laptops and tablets at CES including a 5G Macbook and a 5G Samsung Galaxy Tab S6.

Laptops with native LTE connectivity may also be on display with the arrival of Qualcomm Snapdragon 7c and 8c laptop platforms.

Following the ASUS Zenbook Pro Duo, which sports a large secondary display occupying half of a laptop’s keyboard area, Microsoft and Lenovo may also be showcasing their own dual-screen solutions at CES.

Might we also see foldable displays in these laptops and tablets? 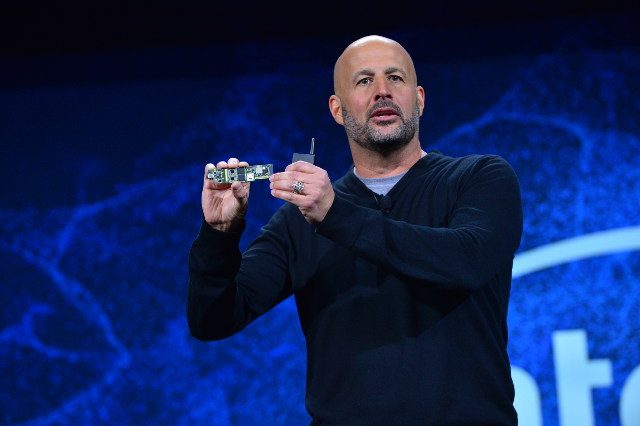 The processor and GPU wars

AMD is doing battle on multiple fronts: against Intel in the battle for chip supremacy, and against Nvidia for the graphics crown. They’ve made progress in the last year with competitively priced models, but are still seen as second to those companies.

It’ll be interesting how they’ll keep up or make headway towards the competition at this year’s show – this as Nvidia continues its momentum with its talk-of-the-town ray-tracing tech, and Intel prepares its Project Athena, which is aiming for even thinner and lighter laptops.

Away from the PC competition, it’ll also be great to hear about the AMD hardware in upcoming consoles, the PS5 and the Xbox Series X.

AMD and Intel will be holding their press conferences on Monday, January 6.

Beyond the odd contraption here and there, it’s the TVs that often get people’s attention at CES. This year, we’re looking at possible updated versions of last year’s scene-stealing rollable TV from LG and the giant 219-inch TV from Samsung. They’re not TVs we’re actually going to buy, but hey, they momentarily grab our attention, don’t they?

Real 8K TVs that meet the standards of the Consumer Technology Association (CTA), the same body that organizes CES, are also likely to be on display at the show. We’re keeping our eyes peeled though for those insane models that may come out of left field.

Ivanka Trump is a speaker at a keynote. Together with CTA president Gary Shapiro, Ivanka – a senior advisor to her father Donald Trump – will be speaking at the keynote “The Path to the Future of Work.”

She will talk about “how the administration is advocating for employer-led strategies that invest in reskilling workers, create apprenticeships, and develop K-12 STEM education programs” in light of advances in AI and machine learning.

The last time Apple was officially a part of CES was in 1992. Now the company returns…but not to introduce a product.

Jane Horvath, the senior director of global privacy at Apple, will be part of “Chief Privacy Officer Roundtable: What Do Consumers Want?” She’ll be discussing today’s data privacy issues in a roundtable with none other than Facebook, represented by their chief privacy officer Erin Egan, along with the US FTC’s commissioner and the global privacy director for Procter & Gamble.

Speaking of Facebook, the company’s planned cryptocurrency, Libra, will also be a topic in one of the sessions.

Netflix competitors NBCUniversal and WarnerMedia (HBO Max) will have their own keynotes. Expect them to flesh out their plans as they prepare to launch their streaming platforms in the second quarter of the year.

OnePlus is expected to reveal what might be their own foldable phone, the Concept One, and a pair of true wireless earphones. Sony, meanwhile, is rumored to be announcing a follow-up to the Sony WH-1000XM3, their succesful noise-canceling headphones which debuted in 2018.