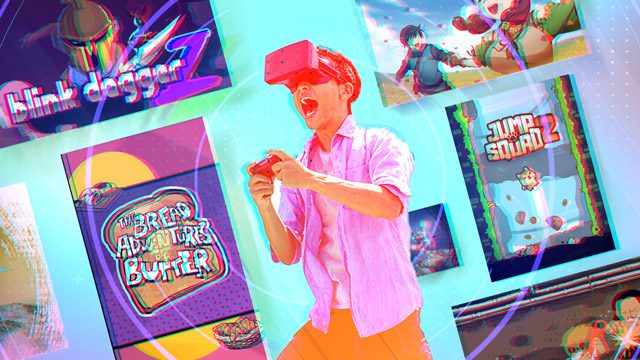 In 2019, the Game Developers Association of the Philippines (GDAP) collaborated on a local independent game showcase during the Esports and Gaming Summit (ESGS).

The showcase, called Indie Fiesta, was meant to be inclusive of independently produced games, recognizing the same level of quality games from both professionals and hobbyists.

Below is a rundown of those who won GDAP’s Game On 2019 Awards. Gameplay is defined as the aspect of how a game is played. Blink Dagger Z was produced during Game Jam+ earlier this year and Abyssal Instinct plans on pursuing its development.

What sets this game apart is its overall game feel, the innovation of using your weapon to transport the character, the well planned out level design, and its tight control which balances difficulty and skill which makes it a great game for speedruns.

Contending for a 4-way tie, meanwhile, were nominees Squeaky Wheel Studios’ Academia School Simulator, one of the most complex games produced locally, Ranida Games’ Bayani, the game that can ruin friendships, Dan Liamco and Vaugh Pinpin’s Couch Fightato, and PixlWalkr’s Jump Squad 2, the second installment of a local franchise. With games having a wide array of game art styles, it all boils down to taste, technique and personal preference. Game art should not be confused with the emerging art games/games art movement. The mouthwatering art of The Adventures of Bread and Butter is reminiscent of 90s cartoons and quirky comics. Game creators should always incorporate music and sound design early in development as it is another layer of feedback that communicates to the player and enriches the experience.

Brawl Quest utilized their music and sound design to create an addictive game experience that encourages players to collect all characters across 50 levels.

Other nominated games in the same category were Abyssal Instinct’s Blink Dagger, Yangyang Mobile’s Love Esquire, and Team Blue Orange’s The Adventures of Bread and Butter. Love Esquire by Yangyang Mobile
Winner of Best Narrative for 2019
Purchase on Steam and itch.io

Visual novel and dating sim Love Esquire is one of the most extensively planned out narrative games produced locally. Banking on the underdog archetype and hero’s journey with branching experience allows replayability, and the game is paired with high-profile voice acting.

Games competing in this category include a collection of short games about mental health and happiness by Jem Sarmiento under artsybarrels, and the Hogwarts meets Stardew Valley RPG about law students, Gian Arabejo’s Lawmage Academy. Good Knight by Team Good Knight
Winner of Best Innovation for 2019
Pay what you want for the Early Access on itch.io

Ideas are cheap and execution is more important in games, which is why Baguio-based Team Good Knight and their intention of building a one-button bullet hell backed with feedback from multiple gamer communities led them to an innovative and fresh take on the genre. 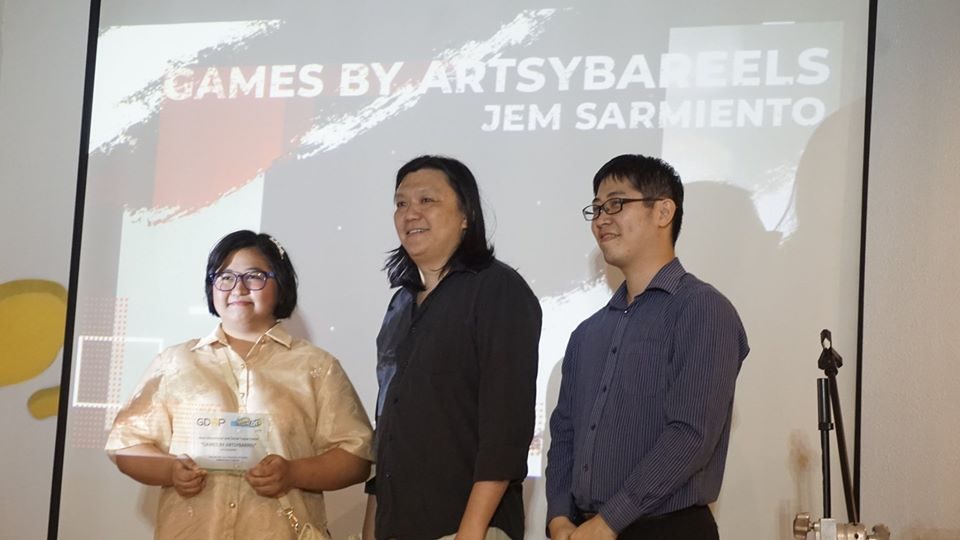 Game Collection of Artsybarrels by Jem Sarmiento
Winner of Best Educational and/or Games for Social Cause for 2019
Explore her collection of games on itch.io

Games are so much more than experiences people used to escape.

There is a new wave of game developers creating games for education and social cause that doesn’t sorely rely on imposed gamification and plastered on game theories into themes. (READ: Games for learning and social change)

The game collection created by Jem Sarmiento is well-thought-of, raw and honest exploring a multitude of issues about mental health, going home, and growing up. It reminds us that experiences can transcend mediums.

The Power of Love’s Mama Mo from Global Game Jam 2019, with its exploration of childhood and their relationship with their parents was the only other nominee. The second installment of Jump Squad is fun, challenging and rooted in the age-old concept of “easy to learn, hard to master’ with its intuitive controls. Backed by an extensive selection of collectibles, from characters, equipment, food, and room customization, it is an easy game to pick up and share with loved ones.

ThinkBIT Games’ Brawl Quest and Team Blue Orange’s The Adventures of Bread and Butter were also nominated in this category..

Good Knight by Team Good Knight
Winner for Best Desktop and/or Console Game for 2019
Pay what you want for the Early Access on itch.io

Designing for multiple platforms takes into consideration the ergonomics of its input devices, and mapping the controls to provide a good game experience regardless of where you play a game.

Engines with multiplatform build capacity made it less taxing than rebuilding from scratch perplatform, but it still takes time and extensive testing which has been made easier by platforms like Discord.

Mama Mo by The Power of Love
Winner of Best Game on Virtual, Augmented, and/or Mixed Reality for 2019 [VR/AR/MR]
Play the build from Global Game Jam

Virtual reality (VR) a niche but steady market for game development. Due to the high price point, not a lot of people have access to the development kits.

VR Philippines is democratizing access by encouraging individuals and teams to design experiences with VR. (READ: A passion for virtual reality: VR Philippines and growing its niche).

The Power of Love’s Mama Mo takes advantage of VR’s unique controls and player interaction while an emphatic experience that can remind players about the definition of home.

The award for game of the year celebrates the overall experience, polish, and marketability of games submitted to the awards.

Yangyang Mobile’s Love Esquire was one of the more successful games produced in the Philippines. With a Kickstarter reaching its stretch goals, the team was also selected by Google’s Indie Game Accelerator Program for 2019.

The studio’s commitment to quality while staying true to their intentions made the Love Esquire undoubtedly deserving of the Philippines’ Game of the Year.