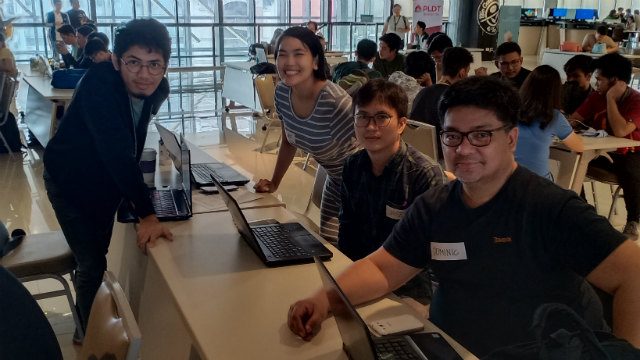 MANILA, Philippines – In January, the NASA Space Apps challenge – an international hackathon hosted by the US space agency – crowned its winners. One of them was the Aedes Project, a Filipino team made up of Dominic Vincent D. Ligot, Mark Toledo, Frances Claire Tayco, and Jansen Dumaliang Lopez.

The Aedes Project looks to control dengue infections by mapping hotspots for the disease.

The system uses 3 data sets: global data from NASA’s Sentinel-2 Copernicus and the European Space Agency’s Landsat 8 satellites; local climate data from DOST-PAGASA; and Google search trends for “dengue” and related terms. Combining all this data, the system is able to show the hotspots and map it on a web interface.

The data from the satellites allow the system to compute the amount of vegetation in an area, radiation, and water – data that is able to help reveal “potential areas of stagnant water capable of being breeding grounds fro mosquitoes.” The processed information is then shown visually on what is called a geographic information system, essentially a map.

“It is very relevant to the Philippines and other countries which usually having problems with dengue. The team was able to show that it’s not really difficult to have all the data you need and integrate all of them and make them accessible to everyone for them to be able to use it. It’s a working model,” said Monchito Ibrahim, industry development committee chairman of the Analytics Association of the Philippines.

The project will continue to be developed under an incubation program at De La Salle University’s Animo Labs. The incubator is also helping nurture the first Filipino NASA-winning solution, ISDApp, which won last year’s contest. The app also uses data from NASA sources, this time to help fishermen make decisions on when it’s best to catch fish.

Aside from continuing the development of the app, the Aedes team will be visiting NASA’s Kennedy Space Center in Florida in the following months. ABS-CBN also reported the team is currently looking for help with financing further development of the app. They’re also hoping to get funding for “a comprehensive nationwide public health campaign to educate local government and health sector offices on the use of data to prevent dengue.”

The system may also be flexible enough for it to track other mosquito-borne diseases as zika, chikungunya, and malaria, the team says. – Rappler.com