This sudden change, and adjustment to the new “normal” is arguably most evident in the tech world, where new trends have emerged, and are possibly here to stay. We’re listing them below:

In an effort to control the spread of COVID-19, government agencies have loosened data privacy laws, and established mass data collection methods for contact tracing  and population surveillance. But no matter how well-intentioned or effective these methods prove to be, it still raises some questions about privacy and how people’s data are being used.

These are legitimate concerns that the European Union executive body takes seriously, urging public health and research institutions of the region to follow what it deems as appropriate safeguards for data privacy. This involves pseudonymization, aggregation, encryption and decentralization, among practices that must be followed, according to a report by TechCrunch.

This concern is not as clear cut as others as on one hand public health surveillance can serve as an early warning system for public health emergencies, as noted by the World Health Organization (WHO). On the other hand, however, tracking data can contain a lot of sensitive information that people might not want collected and may also be prone to some form of abuse. That’s why it’s probably good to be as vigilant about one’s data as one’s health in this current crisis.

Contributions from Big Tech come in

Over the last few weeks, the tech industry stepped up to the plate to support COVID-19 relief efforts, with the likes of Apple, Facebook, Netflix, and Twitter making sizable donations.

According to Variety, Apple has pledged more than $15 million globally and several million masks to hospitals within the US while Netflix created a $100 million relief fund to help laid-off members of the creative community.

Meanwhile, Facebook CEO Mark Zuckerberg committed $25 million to the Bill and Melinda Gates Foundation’s initiatives to find an antiviral treatment to the disease. Facebook itself also announced a $100 million grants program that seeks to help small businesses who may have been financially affected by the crisis.

Topping the monetary value of their donations is Twitter CEO Jack Dorsey, who in a tweet said he’s moving $1 billion to fight COVID-19 and then help girls’ health and education, as well as universal basic income, once the virus is contained. 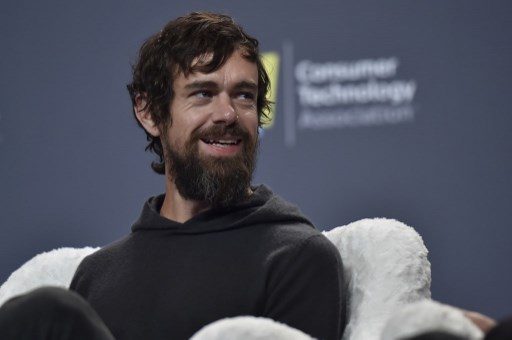 His donation is said to be equivalent to more than a quarter of his net worth and is among the largest ever given by an individual so far.

Internet networks put to the test as more go online

Internet service providers across the globe are struggling to keep up with the sudden surge in traffic caused by quarantine measures that have made people more dependent on the internet for work, entertainment, communication, and education.

The New York Times reports that the stress on the internet infrastructure is starting to be felt by the US and Europe, with download speeds slowing down in those regions.

Locally, both PLDT and Globe observed a significant increase in data traffic in the first week of the enhanced community quarantine.

This has pushed a number of online services and platforms, ranging from video streaming giants to gaming firms, to implement data-saving changes that could ease bandwidth use and reduce overall traffic.

Despite being falsely linked to causing coronavirus, the roll-out of 5G is starting to make a lot more sense, given the current situation. Aside from boasting extremely fast speeds, wider coverage, and massive network capacity, it can enable people to do a number of things remotely, including running factories, operating self-driving cars, or even providing healthcare, to name a few, without sacrificing efficiency.

The closure of offices in different parts of the world have pushed companies to use remote working technologies such as video conferencing to keep business running amid the crisis. This has resulted in teleconference software Zoom seeing its popularity and userbase skyrocket but also in turn highlighting its shortcomings in protecting the security and privacy of its users. 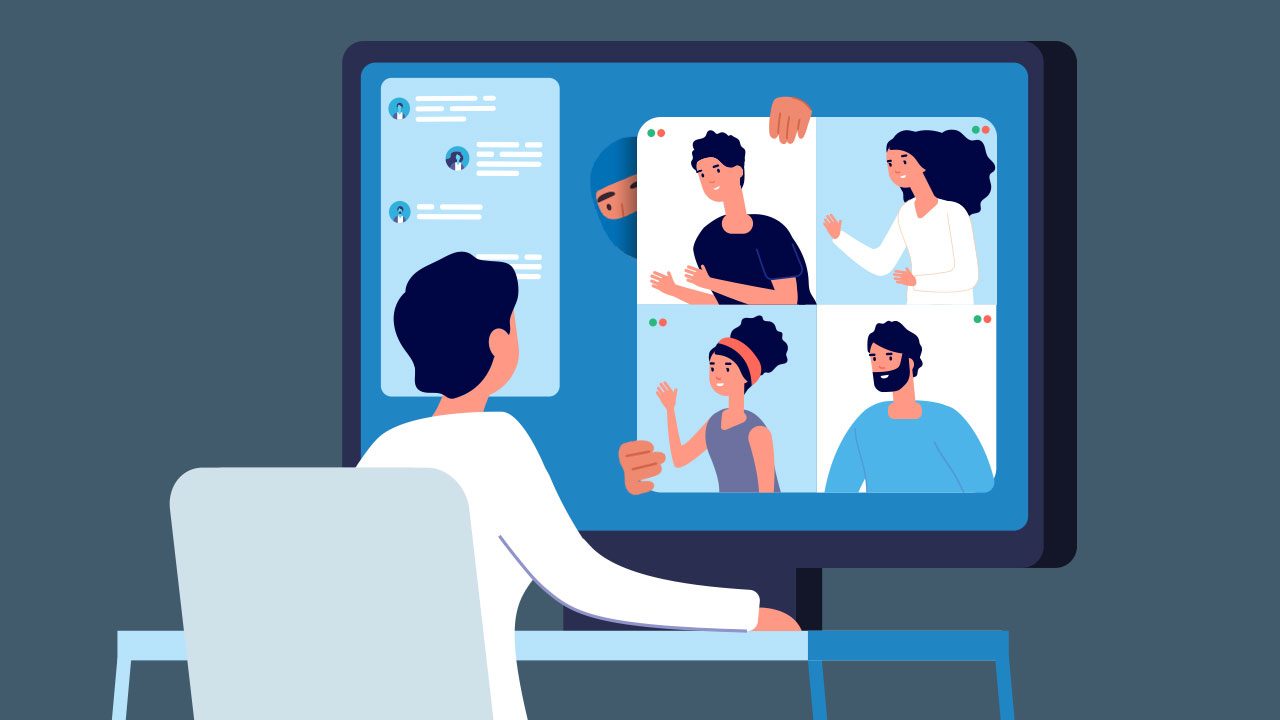 The term “Zoombombing” was coined to describe recent incidents where attackers exploit the software’s issues to break into private meetings, spreading hate-filled or pornographic content. CNET reports that these attackers have also used social media as a space to organize “Zoomraids,” a term for a coordinated mass “Zoombombing”.

This has prompted a number of companies and government agencies to ban the use of the Zoom.

It also faces lawsuits for privacy lapses, which cite investigations that uncovered it was sending data to Facebook and that it didn’t use end-to-end encryption for calls as it originally promised, among other serious complaints.

While there have been numerous efforts to bridge the so-called digital divide from both private and public sectors, the glaring problem remains that not all Filipinos have reliable access to the internet, or even have the means to do so.

This becomes a problem when several schools have reportedly suggested holding mandatory online classes as an alternative while students are stuck at home during the enhanced community quarantine.

Student groups quickly responded, voicing out concerns that such a decision could hurt a lot of students who do not have internet connections at home and will then be forced to visit crowded internet shops or sari-sari stores just to attend their classes.

In a survey they conducted, they cite difficulty in understanding online lessons, problems with internet connection, strict guidelines in attendance, and lack of gadgets as some of the obstacles students face in online classes.

Many companies from various industries are feeling the effects of the COVID-19 pandemic, suffering massive financial losses brought about by businesses closing operations and the economy slowing down. The tech industry is no exception as the list of tech startups laying off employees continue to grow.

Employment marketplace ZipRecruiter, travel management app TripActions, electric scooter firm Bird and its rival Voi, are among the companies that laid off its staff, as compiled by Business Insider. Yelp, the popular app that crowdsources reviews for restaurants, also recently announced in an internal email that over 1,000 of its employees have been given their notices.

The world turns to video games and esports

With various communities around the world put under lockdown in the hopes of curbing the spread of the virus, millions of people turn to a hobby they can all enjoy in isolation: video games.

The number of people playing and watching other people play video games is said to have surged amid the pandemic.

Sales of games have seen a significant increase, with Nintendo’s recently released Animal Crossing: New Horizons, for example, reportedly selling 1.8 million copies in its first 3 days in Japan. Other big titles released in the middle of the crisis, including Final Fantasy VII Remake and Resident Evil 3, have kept a lot of gamers busy and satisfied as they self-isolate and practice social distancing. The NBA had its NBA 2K20 tournament featuring its players as well. Those who aren’t playing video games themselves, meanwhile, are tuning in to competitive gaming or esports for entertainment, which have mostly remained unaffected by the crisis unlike other sports leagues and events. Twitch, the most popular streaming platform for game streamers and esports athletes, saw a 31% increase in viewership last march, as reported TIME.

Some companies have been making it a little easier for people to find things to do while they self-isolate at home, providing them with free online content, including books, videos, games, and subscription services.

Game publisher Ubisoft, meanwhile, announced earlier this month that it was giving away some of its games for free and offering free trials of its other popular titles. The first giveaway game is Rayman Legends, the fifth installment of the long-running platformer series.

WHO is promoting digital solutions to fight the novel coronavirus pandemic by hosting hackathons that look to tap the talents of software developers from every part of the world.

Together with Facebook and Microsoft, WHO announced the #BuildforCOVID19hackathon, an event that looks to fund projects that drive social impact and tackle the threat of the coronavirus, as reported by CNBC. The organization also launched a similar initiative in Africa, offering up to $20,000 in funding for finalists of the continental competition.

Meanwhile, in the Philippines, volunteer developers and students are sharing their time and skills to create similar solutions to curb the local threat of COVID-19. Some notable local tech solutions include a self-assessment survey to check whether someone needs testing, an emergency dispatcher app, and an improvised thermal scanner, among a few others.

The Philippines’ RapidPass system was also developed by a community of volunteer software developers.

Beyond hackathons, ideas from creative minds all over the world have also popped up, coming in the form of apps, websites, AI and data applications, among others. 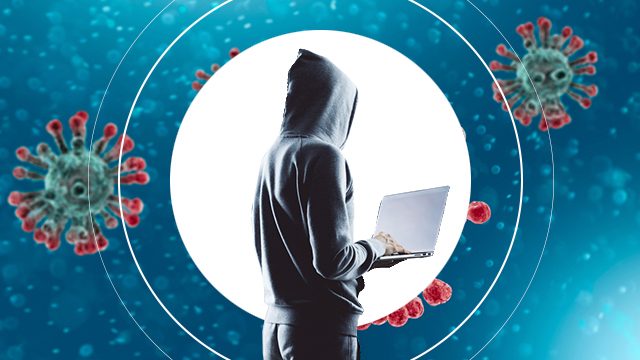 As humanity is at its most vulnerable, malicious actors are finding new ways to steal sensitive information from people, according to security researchers.

For example, people who are now working from home are said to be likely using devices that may not have been configured properly, unlike those found in their workplace, making them more susceptible to cyberattacks.

Additionally, cybercriminals are preying on people’s sympathies and fears in this challenging time, tricking them to click on malicious links and setting up fake crowdfunding pages purported to be for those who have fallen ill.

Healthcare organizations are not safe, as well, as cybersecurity becomes less of priority, with staff scrambling to test and treat patients. They could be hit with ransomware attacks that may possibly disrupt their operations or scams that offer fake vaccines and other medical equipment.

The coronavirus outbreak has caused a number of artists to cancel tours and live performances. But it didn’t stop them from performing altogether, with some taking their musical talents to online platforms.

Famous international and local musicians alike have taken to social media to livestream performances and host mini-concerts from their homes.

Meanwhile, lesser-known artists can ease the financial burden of canceled gigs by signing up on Twitch, which recently partnered with SoundCloud to give its users a platform to make money from performing, as reported by The Verge.

SoundCloud Pro, SoundCloud Premier, and Repost by SoundCloud artists have the opportunity to sidestep traditional Twitch affiliate program requirements and monetize their broadcasts within days. – Rappler.com