Be careful who you chat: tips on using messaging apps 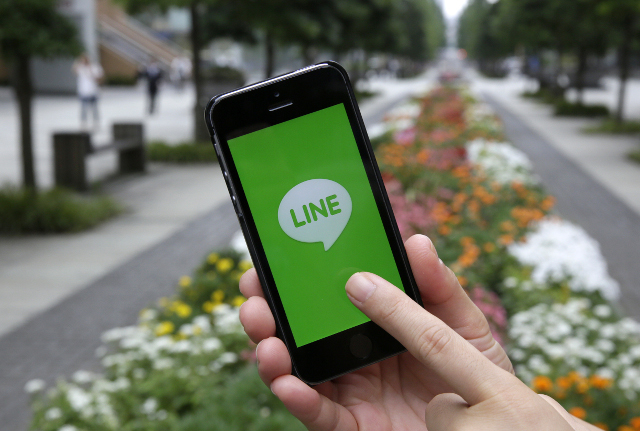 MANILA, Philippines – Hooked on LINE, WhatsApp or Path? What happens if the government tries to chat with you through these messaging apps or use your messages against you?

Internet freedom advocates identified the risks chat apps pose to young Asians, who are turning to these platforms not just to communicate with friends and family, but also to express their views on socio-political issues, and to organize for causes.

At the RightsCon Southeast Asia forum in Manila on Tuesday, March 24, global Internet stakeholders said that while Asians become increasingly reliant on chat apps for multiple functions, threats to their privacy and security are also becoming prevalent.

The Citizen Lab, based at the Munk School of Global Affairs at the University of Toronto in Canada, presented a study on chat apps in China and other Asian countries.

“If you register WeChat to a mainland China account, there will be filtering. In Thailand, the Thai government requested in 2013 for access to LINE users’ data, citing national security. The idea is to inform users about how these apps work so they make better decisions,” said Masashi Crete-Nishihata, research manager at Citizen Lab.

Citizen Lab and Internet activists in Asia talked about their experience and observations of chat app use in China, Tibet, Thailand and South Korea – countries which imposed restrictions on free speech on these platforms in varying degrees. They also offered advice for users to protect their privacy and security.

“People in Tibet are able to communicate fast for the first time with WeChat. Before, people find out about an event a month later. Now, they are able to communicate fast. Groups discuss many topics; people post pictures. It became everything in one for people. People living in rural areas are illiterate. WeChat allows you to speak so it removes the barrier of illiteracy,” he said.

He said though that there is a flipside to chat app use in Tibet, citing the case of a female Tibetan activist whose chat transcripts from an app were used to send her to jail.

“With WeChat and apps, how much information is there? All your social networks, contacts are there. You share almost everything. Think how bad would it be if the information is being mined. How can it be used in the future?”

Where is the chat app registered?

In Thailand, Arthit Suriyawongkul of the Thai Netizen Network said LINE became so popular even whole families are in it.

“A typical mom would use LINE to ask kids: ‘Did you pray today?’ Our mom, dad would say, ‘It’s almost midnight, come home. There are rumors there would be bombs in Bangkok.’ Rumors also circulate on LINE. This is why governments feels there are some threats,” he said.

The problem is many users are not aware that to be on LINE means to be online.

“When people use LINE in Thailand, they don’t think they’re using the Internet. LINE users actually surpass Facebook users in Thailand. They do everything, even sell clothes, groceries, and on demand TV on Line,” Arthit added.

When the Thai government asked LINE to hand over user data in 2013 following rumors of coups and resignations of political figures, Line responded that the request would have to go through the Japanese court system.

“Interestingly, Thai users got data protection privilege from Japanese law in this case. Around that time, people realized if you will use apps, you have to consider where the company is registered,” Arthit said.

To go around LINE’s resistance, Arthit said the police would create accounts to try to befriend protesters and activists on LINE.

In South Korea where Kakao Talk is the popular app, Kelly Kim of OpenNet Korea said that the company also tried to push back against government requests for user data.

“Kakao Talk changed their privacy policy. Previously, they took 5 to 7 days to retain data. Now, they changed it to 2 to 3 days because it takes 2 to 3 days to get warrants for investigations,” she said.

Kim said a positive development was when South Korea’s high court ruled in January that telecommunication companies are liable for causing “emotional stress” to their users for disclosing data.

“Now they notify us whether our information was given or not. We are gathering plaintiffs to instigate a lawsuit claiming damages for emotional distress. We expect them to stop giving our personal info without warrant anymore. We are doing this campaign.”

How to keep spies away

In an interview with Rappler, Thailand’s Arthit gave the following tips for chat app users to protect their data:

1. Make sure you add the right person.

“Sometimes, LINE or WeChat or these chat apps randomly recommend friends for you. Sometimes, you think, ‘Oh this name is familiar’ and you add them. But sometimes it turns out to be a different person with the same name. Sometimes people try to act as your friend but they are not,” he said.

Arthit said it is best to add a person face to face to ensure you are adding the correct user.

“Keep in mind that all the conversations, even if it says this is a secret chat or private chat, it’s not really that secret because in every phone, there’s a function to do a screen capture,” he said.

3. Be careful with chat groups.

“But when you have 10 people or more than that, and there are some people you don’t really know, and those people start adding more people you never heard of before, that’s going to be a problem. You have more and more people you probably don’t trust. The thing is those people can go back in time through the history of this group to read the earlier conversation.”

Instead of turning a private group public, Arthit recommends creating a new public group and deleting the old private group.

“This is a lesson we learned quite hard. Because some people we know got arrested because of this. Someone in our circle got into the group, and read earlier messages and those people got into trouble,” he said. – Rappler.com