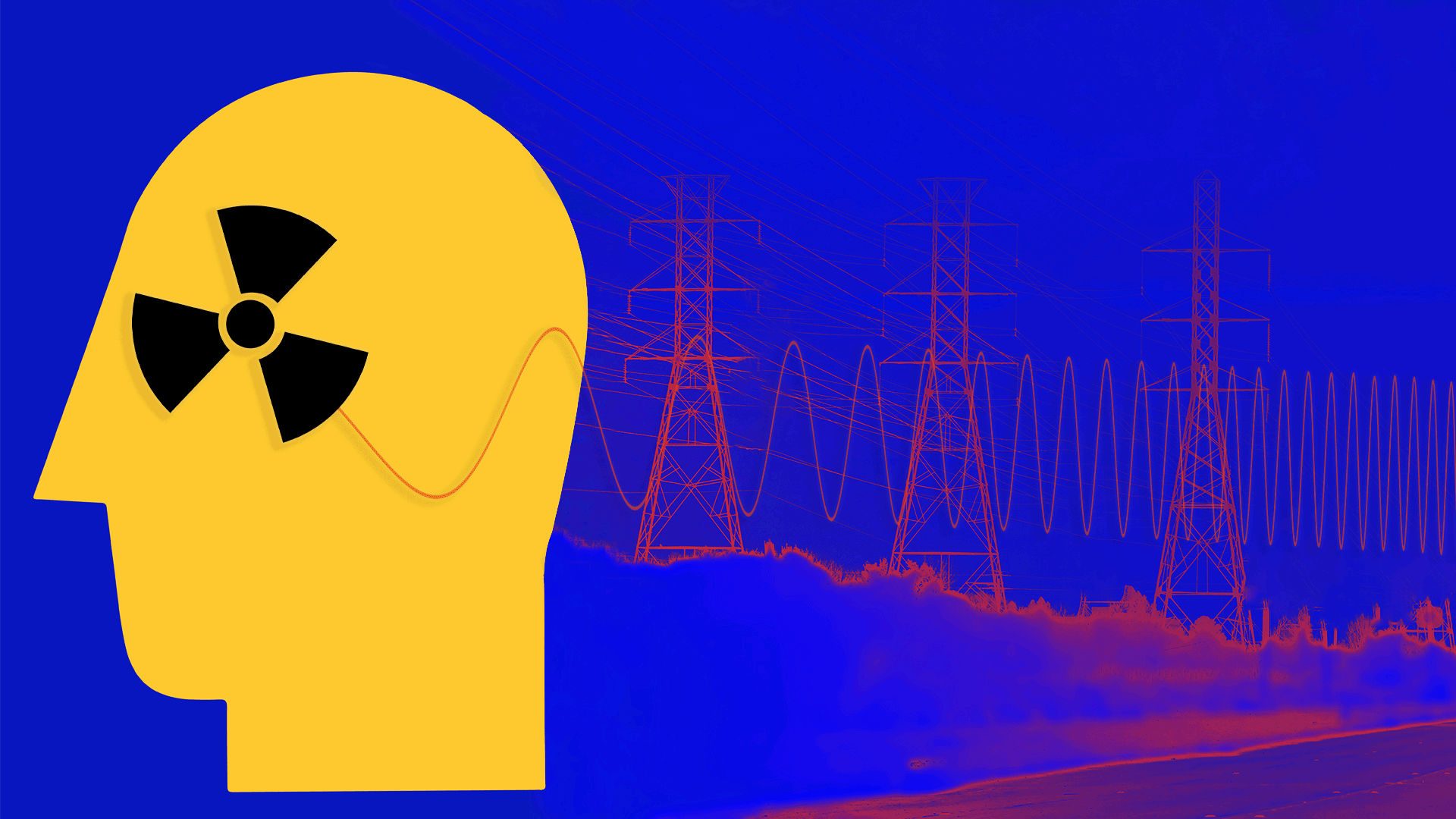 Facebook Twitter Copy URL
Copied
From nuclear power to 5G, some of our most pervasive technologies have led to conspiracy theories about radiation
As published byCoda Story

From unfounded global theories linking 5G technology and COVID-19, to widespread panics about nuclear exposure, radiation scares have been with us for more than a century. The term radiophobia was first used in the US in the early 1900s. In the following century, fresh anxieties have accompanied the release of new innovations, including radio broadcasts, microwave ovens and power lines.

“We are more afraid of risks that we can’t see,” said David Ropeik, an author and risk perception and communication consultant who has written extensively about the subject. “That’s a lack of control. That’s an awful lot of emotional baggage that radiation has to deal with.”

While events such as the Cold War nuclear arms race and the Chernobyl disaster did much to stoke widespread panic, scientists have long confirmed that low-level radio waves pose little risk to our health. However, bad science and conspiracy theories have continued to swirl around what many still believe to be an invisible enemy. Here are just a few examples.

Ever since their introduction in the 1940s, microwave ovens have been the source of scientifically dubious fears. First intended for commercial catering, they made cooking faster and easier, but many considered them hazardous to health. Some opponents said they would remove nutrients from food or render it radioactive. Many believed that they would cause cancer.

In 1968, the US Food and Drug Administration’s Bureau of Radiological Health authorized the Radiation Control for Health and Safety Act, which established safe radiation exposure limits. It turned out that early microwave ovens exceed its figures, but manufacturers acted quickly to fall in line with the new rules.

Still, the worries persisted. In 1998 the Journal of Natural Science, published by the World Foundation of Natural Science — an international -faith-based organization that has recently promoted dubious ideas about 5G and Covid-19 — ran an article based on the now-discredited studies of a Swiss biologist named Hans Hertel. “One day the world will wake up to the fact that microwaves do cause cancer, and are even worse than cigarettes. Microwaved food causes a slow death,” it read.

While concerns about radiation and food safety remain, the World Health Organization has said that, used according to manufacturers’ instructions, microwave ovens are safe for cooking. “The design of microwave ovens ensures that the microwaves are contained within the oven and can only be present when the oven is switched on and the door is shut,” stated a 2005 report.

In the first half of the 20th century, radiation was mostly viewed as a force for good. The use of radium in the treatment of cancer received glowing media coverage, as did the medical use of X-rays.

The atomic bombings of Hiroshima and Nagasaki by US forces in 1945 changed everything. Over the following decades, serious incidents intensified global concern about the threat of nuclear radiation. In 1954, the Castle Bravo test saw the US detonate a 15 megaton thermonuclear device on Bikini Atoll in the Marshall Islands. A miscalculation of the bomb’s yield led to radiation spreading much further than expected. Twenty-three crew members of a nearby Japanese fishing ship suffered acute radiation sickness, and one of them later died from complications linked to the explosion.

Such events had a detrimental effect on attitudes to nuclear power. Growing concerns about the safety of the technology became a devastating reality in 1986, when a reactor exploded at a nuclear power plant near the city of Chernobyl, Ukraine. Dozens died from direct radiation exposure and thousands more suffered from related illnesses. An official coverup of the incident and its implications only added to rising anti-nuclear sentiment.

While the conversation about the safety of nuclear power continues, some environmentalists now believe it to be a valuable energy source that can help to reduce climate-altering emissions.

In the 1980s, concern began to spread that overhead power lines were responsible for increased incidences of leukemia in children across the US Research carried out in 1979 by the epidemiologist David Savitz highlighted a group of young cancer patients in Denver, Colorado, and suggested that children who lived near electricity pylons were twice as likely to develop the condition as those who didn’t.

Years later, Savitz clarified his findings and said the importance of his study had been diminished by subsequent research. “The line of logic was that these fields are very common. And that the logical prediction would be that this would be a major public health problem. And that was simply wrong,” he told the New York Times in 2014.

While there is still no confirmed link between power lines and cancer in children, the concerns have continued to manifest themselves in other ways. More recent reports show that living close to electricity pylons can negatively affect real estate prices.

In 1973, Martin Cooper, an executive at Motorola, made the world’s first call with a prototype mobile telephone. Ten years later, the technology became available to the general public. Now, about 3.6 billion people — or 45% of the world’s population — regularly use a smartphone. However, the belief that cellular technology is detrimental to health has long been widespread.

One major driver of fears emerged in 1993 when David Reynard from Madeira Beach in Florida went on the CNN talk show Larry King Live and said his wife had died from a brain tumor because of radiation from her cell phone. Reynard sued the manufacturer, NEC America, but the case was later dismissed because, according to the judge, the claim lacked substantial scientific research.

Although health authorities around the world maintain that radiation levels from cell phones are so low as to be completely safe, producers of “anti-radiation” devices have sought to monetize public health fears. In the early 2000s, cell phone radiation shields appeared on the market, alongside phone cases that promised to neutralize allegedly harmful emissions. Global studies have found no evidence that they provide any protection, and the Consumer Protection Agency of the United States and the Federal Trade Commission has warned people against buying them.

Opponents believe that new 5G cellular networks cause cancer, damage the environment and blight the lives of individuals who suffer from “electromagnetic hypersensitivity.” While EHS is not a recognized medical condition, large numbers of people say that the technology is directly responsible for a variety of symptoms, including headaches, nausea, dizziness and chronic fatigue.

The rollout of 5G also coincided with the start of the coronavirus pandemic in 2020. Accordingly, theories linking it to Covid-19 have proliferated around the world. Some assert that 5G frequencies have helped transmit the virus, while others say that they weaken the human immune system, rendering people vulnerable to infection.

The anti-5G lobby has brought together conspiracy theorists, fringe scientists, populist politicians, environmental activists and a number of celebrities. Their ideas have spread across Twitter, Facebook, YouTube and WhatsApp. Throughout the pandemic, activists have taken part in anti-lockdown protests and set fire to 5G communications masts across Europe, New Zealand and Australia.

There is no credible evidence that 5G technology is detrimental to health in any way. Scientists have reported that the waves given off by 5G towers are incapable of damaging our cells.

As Dr. David Robert Grimes, an Irish cancer researcher and campaigner against medical misinformation, told BBC back in 2019, “It’s crucial to note that radio waves are far less energetic than even the visible light we experience every day.”