MUSE HEADBAND. The Muse headband monitors brainwaves, and is designed to train users to meditate

Facebook Twitter Copy URL
Copied
From toothbrushes that monitor your brushing pressure to home exercise systems that measure your bicep curling form, check out these gadgets

We all love our smartwatches, although there has been some research that these nifty wearables haven’t exactly encouraged people to move more. Still, we suppose having the option of being able to measure your steps or your heart rate is a nice-to-have for the times when you do get into one of those intense fitness moods. We’re in a gadget era where we’re obsessed about measuring everything.

And of course, it’s not just smartwatches. From toothbrushes that monitor your brushing pressure to home exercise systems that measure your bicep curling form, here are five interesting devices meant to encourage you to get into healthier habits by giving you a way to quantifiably measure your current state and track your improvements.

There are dozens more out there, from smart exercise mats that detect your exercise movements to smart ovens that can detect what food you’re cooking, and automatically suggest the proper settings for cooking it, but we’ll start with these five.

Many of the devices in this category are also quite more expensive than their usual non-smart counterparts, so there’s always the question, “Do I really need to spend P15,000 for my toothbrush to tell me that I’m a very good brusher of teeth?”

If you answered yes, well, this list is for you. At the very least, and pushing aside price for the meantime, these present interesting applications of wellness-oriented, sensor-equipped monitoring tech, which may be more affordable to more in the future.

Through an accompanying app, it offers guided meditation. How calm you were when you were meditating is measured by the sensors, and delivered to the app so you can see if your meditation skills, and mindfulness ability are improving. The sounds that the app produces may also change from a loud storm to sunshine-y chirping depending on the state of your brainwaves.

Forbes in its review said, “In essence, Muse S is a technology-filled meditation and sleep training tool that accurately measures the success of your efforts and provides instant feedback and advice on how to improve your mental state.”

It can also be used for sleep assistance, with the audio – comprised of repeating stories, guided meditations, sleep music, soundscapes according to Forbes – lowering down automatically as the user falls asleep.

The review also noted that you could just merely download a meditation app without additional hardware, but what the Muse headband is there for is to give you an option of accurately measuring your efforts in practicing to be mindful and being able to meditate.

The Oral-B iO Series 9 is known as one of the smartest toothbrushes in the, well, smart toothbrush industry. It features an oscillating brush and sensors that detect whether you’re applying too much or too little pressure. A blue light tells you to increase pressure and a red light tells you to ease up a little. Using the accompanying smartphone app, the brush detects which set of teeth you’re brushing, and tells you when you’ve brushed them enough, and to move on to another part.

It has a timer to let you know if you’re brushed for the dentist-recommended two minutes of brushing, and seven modes of brushing such as intense clean, gum care, and whitening.

After brushing, it gives the user a frowning, neutral, or smiley face, depending on how well they brushed. TechRadar liked the feedback, saying in its review. “It’s a small thing, but we found we genuinely wanted to earn the approval of that little face.”

Introduced at CES 2022 where it won an innovation award, Sengled said that its upcoming Smart Health Monitoring Light lightbulb can perform “biometric measurement tracking of heart rate, body temperature, and other vital signs, as well as sleep tracking.” 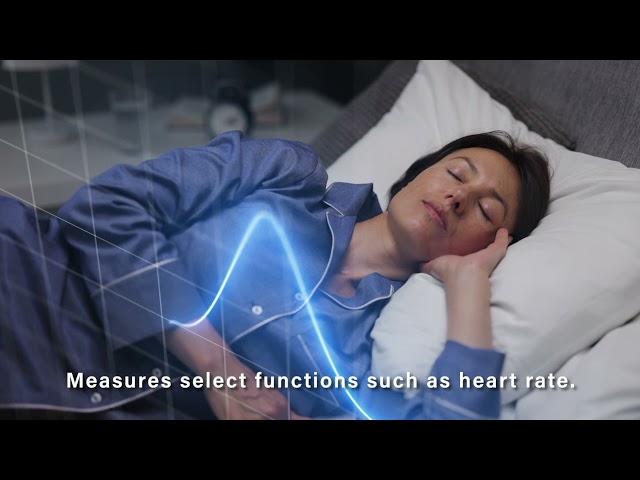 By connecting multiple bulbs, the WiFi and Bluetooth-capable bulbs can form a mesh in your home, and would be able to help detect if someone has fallen, and send for help.

“This could be an impressively unobtrusive way to help monitor whether a person living alone has fallen and potentially injured themselves,” The Verge said.

According to TechRadar, the LED bulb uses a “sophisticated Frequency-Modulated Continuous Wave (FMCW) radar,” which it notes is a low-cost, low-powered radar system that has proven effective in tracking movement, and is also able to monitor heartrate and breathing.

When it detects a fall for example, the alert is sent to the Sengled app, which could then alert a family member, TechRadar explained. The company also told the site that it is working with third-party health apps, likely to further develop applications for its proposed monitoring capabilities.

It also claims that it can scan nerve activity, which users can track and try to improve on with better habits. It is expected to come out later in 2022, pending FDA approval of its new features, according to ZDNet. Consider it an evolution of the more basic body composition-measuring smart scales out there.

The Tempo Move system is comprised of a cabinet with an iPhone dock and adjustable dumbbells. With an iPhone XS or newer (it requires the iPhone’s true depth sensor) connected to the Move cabinet, it is able to detect your form for various exercises and corrects it, and counts your reps. The system also gives you recommendations on what weight to use for specific exercises depending on your profile.

CNN’s review praised the design, and also noted” “The sensors worked exactly as promised, counting our reps and pace as we went and telling us when our form wasn’t perfect – like not lifting our arms past our shoulder blades during the lateral raise. The result was a more serious, concentrated workout and a whole lot more pain the next morning.”

Currently, however, it is only available in the US, where it needs a one-year commitment to a monthly subscription of about $40. – Rappler.com