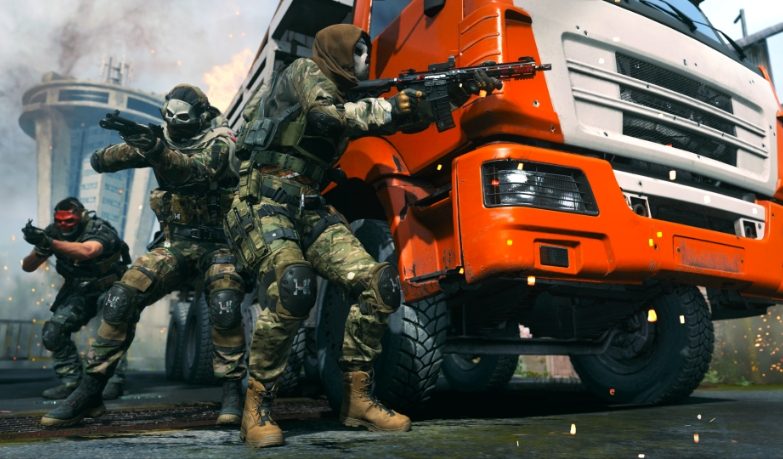 Call of Duty: Modern Warfare 2’s second beta weekend is ongoing, and if you want to get an early hands-on with the game’s multiplayer modes, this is your chance. The open beta for Xbox, PlayStation and PC is running from September 25 to 26.

Activision provided me with a beta access code earlier this weekend, and here are some of my initial thoughts on what I have played so far:

Modern Warfare 2 feels very much like a return to form for the franchise as a whole after last year’s Vanguard was met with middling reviews by fans. Developer Infinity Ward builds on the winning formula of 2019’s Modern Warfare and refines it with a few welcome tweaks and additions, from Gunsmith 2.0 to the ability to shoot while hanging onto ledges. That said, this is still a Call of Duty game that favors fast-paced, twitchy gunplay over strategy or teamwork.

Then again, this installment does try to make the core gameplay a bit more tactical. This comes in the way of how maps are designed, providing more cover and flexibility for you to get the jump on your enemies. Vanguard’s maps, in comparison, pushed the action to specific choke points and were generally quite open, which forced you to be more mobile. Here, there aren’t as many points where you could easily be picked off by campers, allowing you to be more deliberate with your movement and take advantage of flanks. The three-lane design of some maps also makes it easier to punish enemies who do decide to camp.

I do want to point out though that despite this change in approach, the pace of modes like Team Deathmatch and Domination are still incredibly quick. They’re still as demanding on your reflexes – at least from what I can tell – as they were in previous installments. I’ve been struggling on these modes over the last few installments, and that hasn’t changed here.

Spawn points are still somewhat broken. You could spawn just a few meters away from your enemies and die almost immediately after you gain control of your operator. If there’s any consolation, this didn’t happen to me as often as I thought it would, which slightly lessens the frustration. The time-to-kill is also very fast – even faster than Vanguard’s, if I’m not mistaken. This means there might not be enough time for you to react if you’re already being shot at. Typical of any Call of Duty game, whoever shoots first is likely to win the encounter.

Thankfully, there are a lot of other multiplayer modes you can try in case you don’t like the core rotation. My new favorite is now Invasion, which is a Battlefield-esque take on Team Deathmatch, pitting two teams of 20 players and 20 bots against each other in large-scale maps. There are no points to capture or bases to protect in this mode, your  only objective is to score kills.

Perhaps the big difference here from the smaller modes is that you’re not pushed to keep circling the map, running-and-gunning the enemy team. The maps are expansive, so you can instead take it slow and be more methodical with your attacks. Don’t get me wrong, it’s still as chaotic as the other multiplayer modes, especially when vehicles come to play, but it gives you more room to breathe, which in turn lets you be more calculated in the way you engage your enemies.

It’s also in these types of modes where the new ability to bust out your sidearm and shoot people while you’re hanging onto a ledge comes into play. Considering the verticality of the maps, chances are you’ll be climbing ladders or scaling walls a lot, and, of course, you’ll want to have a way to protect yourself as you go.

So far, I only have two issues with Invasion: the bots and the in-game player nameplates.

The bots, on some occasions, can act very strange. While they’re obviously not meant to be as skilled as actual players, I think it’s important that they’re still credible threats in combat – or at least sell the illusion that they are. But their behavior is so erratic that it’s often a dead giveaway who are bots and who are actual players. For instance, in one game, I noticed one of the bots scale a wall only to go around it and head back the direction it came from as though it couldn’t make up its mind where it wanted to go.

Then, there’s the issue with the visibility of in-game player nameplates. When you have so many operators running around a map, you want to be able to identify them instantly, so that you don’t confuse your enemies from your teammates. The game, however, sometimes fails to show the blue nameplate that indicates a player is your teammate, leading you to start firing on them by mistake. While there’s no friendly fire, firing your gun can give up your position, which is the last thing you want if you’re trying an ambush. It also leads to awkward encounters where you’re dancing around each other wondering whether you should fire or not.

But overall, I think these are issues that can be addressed by the developers and shouldn’t pose as dealbreakers in any way. As a Battlefield fan, I’ve been truly enjoying Invasion a lot more than the other modes. So much so that I’m now kind of looking forward to seeing how the mode plays at launch, when the player count goes up to 32-versus-32.

One other thing I love about Modern Warfare 2’s multiplayer is Gunsmith 2.0, the new and improved gun customization feature. Unlike Vanguard that lets you equip up to 10 attachments to a single gun, you can only equip five here. Personally, I like this change as it brings more of a risk-versus-reward approach to how you might tune your gun. It forces you to consider which attachments are most important to you. Would you, let’s say, trade a grip that adds stability to your aim for an extended mag that doubles your weapon’s capacity? Questions like these encourage experimentation, and will have you go back and forth, finding the best combination that fits you and your playstyle.

The new Platform system is also great as it allows some family of weapons to share unlocked attachments, saving you from having to grind on them individually. This lets you experiment with different guns while still being able to equip your favorite attachments.