‘Diablo Immortal’ delayed to first half of 2022 Facebook Twitter Copy URL
Copied
The delay is announced on the same day Blizzard president J. Allen Brack steps down amid a sexual harassment and discrimination lawsuit against the company

Blizzard on Tuesday, August 3, announced the delay of its mobile Diablo title, Diablo Immortal. Previously expected to come out within 2021, the game’s release window has been moved to the first half of 2020.

The developers noted that the extra time will be for the improvement of the gameplay experience, stemming from feedback in the closed alpha.

“Following feedback provided by test participants of the Closed Alpha, our team has been tuning core and endgame features. For example, we’re iterating on PvP content like the Cycle of Strife to make it more accessible, alongside late-game PvE content like the Helliquary to make it more engaging. We’re also working to provide controller support for those who want to play our game in a different way.

However, these changes and additional opportunities to improve our gameplay experience will not be realized in the 2021 timeframe we had previously communicated. So, the game is now planned for release in the first half of 2022, which will allow us to add substantial improvements to the whole game.”

“Tens of thousands of players” have been able to test the game in its limited alpha run.

Along with the delay announcement, Blizzard discussed some of the additions being planned. There will be new player-versus-enemy (PVE) raids that will require 8 players to overcome, “more engaging” changes to the game’s bounty challenge system, as well as optimization of the player-versus-player mechanics especially “matchmaking, earning rankings, class balance, time to kill, and other defining elements.”

The team is also looking to add controller support, which they say is a feature players have been asking for.

Impressions: ‘Diablo Immortal’ is shaping up to be a faithful mobile rendition 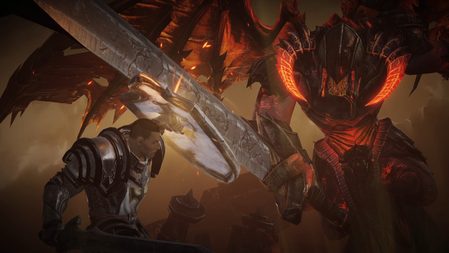 They also said changes to the weekly experience cap system are coming to make it “less harsh on those who reach the cap, and are more generous to those trying to catch up.”

“Firstly, we are introducing bonus XP gain for players who play less often. Secondly, we are replacing the weekly XP cap with a global cap that increases over time. This allows players more flexibility with their playtime while also allowing latecomers to a server a viable path to catch up.”

The delay was announced on the same day Blizzard announced that its president J. Allen Brack is stepping down amid a lawsuit alleging sexual harassment and discrimination at the company. – Rappler.com