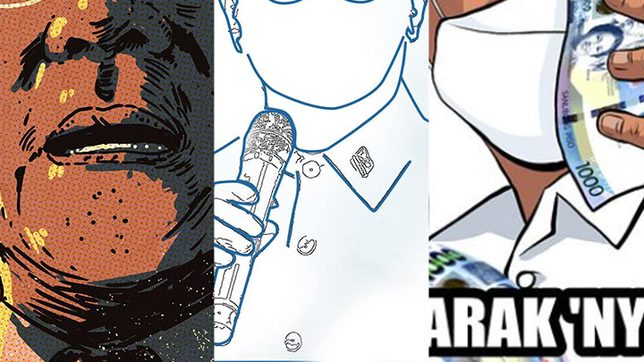 Health Secretary Francisco Duque III is in the news for all the wrong reasons these days after COA reports exposed incompetent handling of funds in a critical time.

In a hearing conducted virtually by the House committee on public accounts on Tuesday, August 17, the secretary responded dramatically to the report, at one point saying he hadn’t been able to sleep, and that the honor of the DOH has been destroyed.

(Since Wednesday, when this report came out, I haven’t been able to sleep. My colleagues at the DOH have barely slept. Why, you ask? Because we were shamed, we were bloodied and bludgeoned with this issue.)

Enter the memes. The strong reaction from Duque had proven to be fertile ground for some internet humor at the expense of the secretary.

Stand-up comic and internet comedian James Caraan “re-enacted” a scene straight out of a telenovela using the Duque soundbite.

Caraan is the same comedian who did the viral “I Am Nas Daily” impersonation.

Another performer was inspired by the outburst, this time turning the lines into a song:

With 21,000 shares now is a meme showing Hollywood actor Woody Harrelson in a scene from Zombieland crying as he uses dollars to wipe off the tears, poking fun at the money involved in the reports against DOH.

Artists had fun as well, with Bastinuod doing an illustration straight out of a comic book, emphasizing Duque’s dramatic moment.

Andoyman on Instagram, meanwhile, made 1000-peso bills rain on a tearful Duque:

In a rare move for brands, sleep remedy Sleepasil poked fun at what remains a heated political issue with a post that’s part political commentary and part moment marketing:

Roofing company Colorsteel gave this moment a shot as well.

Japan Home Centre, for its part, posted about how much you could spend on aesthetic tabo if you had P67 billion.

No laptop brands have yet taken advantage of the attention that the health department is getting for its propensity for high-end laptops.

While these memes made fun of the situation, those commenting seriously on the topic criticized the health secretary for complaining about not getting sleep and for worrying about the department’s honor at a time when infections and deaths have risen and frontline medical workers are threatening to resign. – Rappler.com