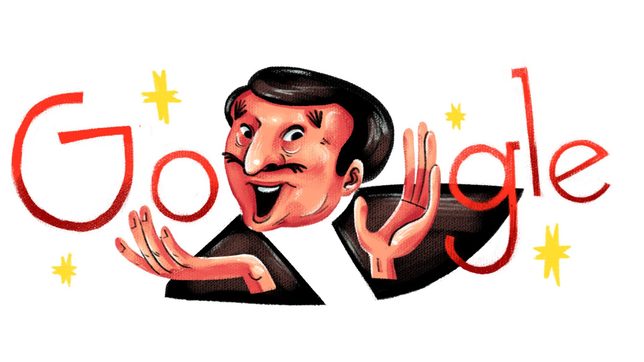 The Philippines’ “King of Comedy” Rodolfo “Dolphy” Quizon stars in a posthumous role as a Google Doodle.

The search giant is celebrating the 92nd birth anniversary of the revered comedian with a Doodle, a temporary alteration of the Google logo on the search homepage made on special occasions.

Dolphy was born on July 25, 1928, in Manila. Dolphy sold peanuts and watermelon seeds in theaters when he was a child, exposing him to the world of cinema. He was able to watch movies for free, inspiring him to become an actor himself.

A small film role when he was 19 set him in his path to becoming a legendary entertainer for generations. In the ’60s, there was the TV series, Buhay Artista; in the ’70s and ’80s, John en Marsha; and in the ’90s, Home Along Da Riles. The actor made 200 movies, and other TV shows that made him an enduring fixture through the decades.

“Google Philippines is proud to showcase one of our country’s iconic entertainment personalities to the world,” said Mervin Wenke, head of communications and public affairs for Google Philippines.

“Through this Google Doodle, we recognize and pay tribute to Dolphy’s remarkable talent and passion which have made a significant impact in the local entertainment industry, bringing laughter to generations of Filipinos. We hope that today, everyone is reminded of Dolphy’s legacy and how he taught everyone to find joy in everyday life.” – Rappler.com