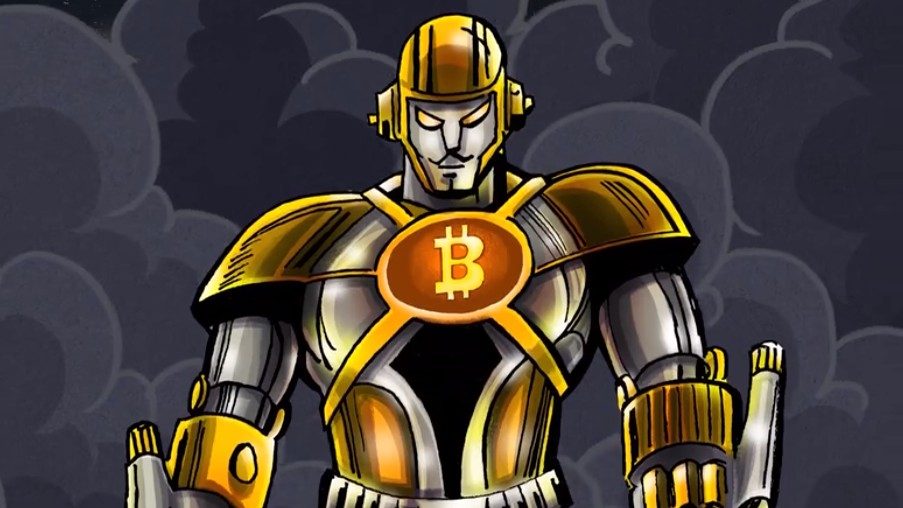 SATOSHI THE CREATOR. The Delbo-designed superhero lists the 'Defenders of Fiat' as an archenemy

Back in March 2021, BloomX co-founder Luis Buenaventura II sold a piece of (non-fungible token) NFT artwork for a total amount of $443,778.

The piece, called “Satoshi The Creator – Genesis,” was sold for 222 editions each priced at $1,999. The creation was done in collaboration with 87-year-old Argentine comic book artist, Jose Delbo. Delbo, on his site, lists having worked on DC characters such as Superman, Batman, the Marvel-published Thundercats comics, and The Transformers in the ‘80s. In the ‘90s, he worked on Captain Planet, and Disney characters such as the 101 Dalmatians and The Little Mermaid.

BloomX to allow trading of ‘over 250 cryptocurrencies’ for Philippine pesos Delbo also sold a Wonder Woman NFT in the same month with earnings of about $1.85 million. But shortly after its sale, DC started to forbid such NFT sales of its characters, reported The Los Angeles Times. Marvel now has a similar policy.

Satoshi The Creator is free from those copyright issues. It’s a new Delbo creation described to be powered by Bitcoin, and fights against the “Defenders of Fiat and the Metamachines” with his katanas of lightning. Satoshi is a reference to the presumed creator of Bitcoin, Satoshi Nakamoto.

The particular artwork “Genesis” is a short video showing the Iron Man-like Satoshi hovering above the cityscape, holding his katanas, while lightning shoots sporadically. The auction was done on Nifty Gateway, the most popular NFT art auction marketplace at the moment. Buenaventura, on the other hand, is a longtime proponent and evangelist of cryptocurrency, and founder of cryptocurrency trading platform BloomX and the crypto-inspired art brand Cryptopop! which were among the first NFT-minted art pieces in 2017.

The tech entrepreneur took up Fine Arts from the University of the Philippines before venturing into technology.

“My background has always been art, but I took a heavy detour into technology in my younger years,” Buenaventura said in a press release. “I started getting into cryptocurrency because of my company (BloomX).” BloomX was founded in 2015.

Although NFT art spans many genres and forms – including viral YouTube videos – Buenaventura, along with Delbo, has become among the artists that specifically create art that promotes crypto culture. Buenaventura is also the author of two crypto books, Reinventing Remittances with Bitcoin (2017), and The Little Bitcoin Book (2019).

While NFTs have existed for a few years now, the technology found itself in headlines in 2020, primarily for the large sums of money that these artworks were getting and how it seeks to offer a redefinition of digital ownership.

An NFT is essentially a certificate of authenticity for digital properties secured through the blockchain – a certificate that basically says it is not just a copy-pasted digital copy.

Buenaventura also became one of the first Filipinos aboard the new Binance NFT marketplace when it launched on June 24. The growth of crypto, he says, ”makes the globalization of art possible.”

“More Filipino artists can find their space in the global NFT market and compete on a level playing field. Collectors all over the world can take a look at their work. Never has there been a time when artists could reach a global stage through technology.” – Rappler.com