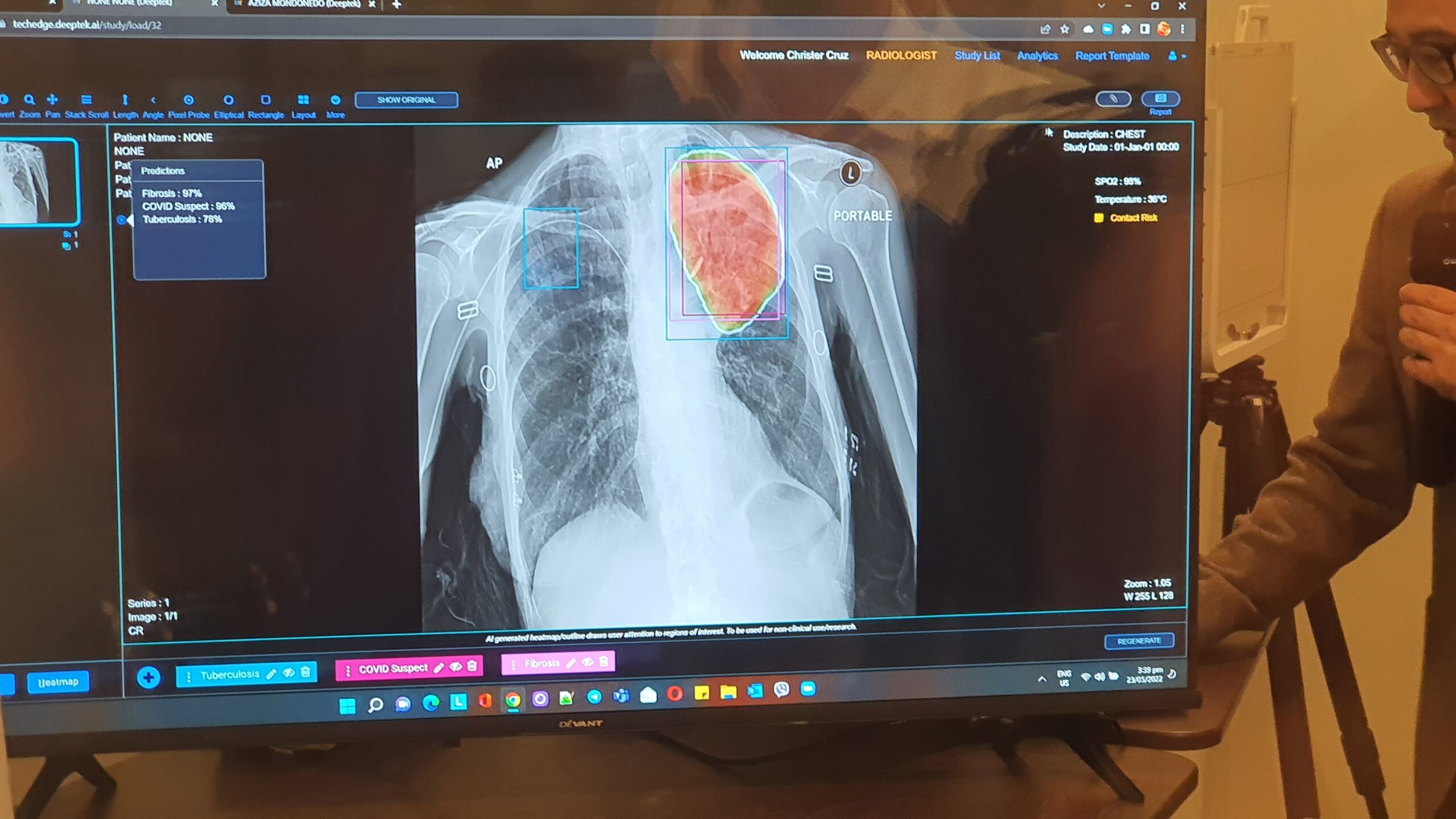 MANILA, Philippines – Filipino health startup Advanced Abilities on Monday, May 23, together with health maintenance organization (HMO) Maxicare, presented to the media an AI-powered solution that speeds up x-ray procedures significantly.

Called AI Smartscan, the AI-powered x-ray platform provides x-ray results in minutes, eliminating the usual process of having to wait for results and come back the next day for a separate consultation. With faster results, healthcare professionals are able to provide medical advice much faster as well.

The platform, said chief technology officer Christer Cruz, can detect up to 25 chest pathologies in as fast as two minutes, including tuberculosis, COVID-19, pneumonia, and lung cancer. It makes use of machine learning and artificial intelligence, tapping a database of about 6 million images, to provide the results.

Cruz said the technology took more than seven years to develop, through a consortium made of Filipino, Indian, and Japanese developers, and a partnership with the United States Agency for International Development. Cruz said it’s the first system of its kind in the Philippines.

The service is currently only available for Maxicare members, at the HMO’s clinics in Eton Centris in Quezon City, Ayala North Exchange in Makati City, and in Cebu. Maxicare chief executive officer Christian Argos said they plan to offer the service to more of their clinics. He also suggested their Maxicare Prima service, which goes for P4,995 per year and would allow patients to avail of AI Smartscan.

Argos explained that the platform aids radiologists with their readings, as well as physicians in providing the right medical advice for patients. He stressed that while the tool makes procedures more efficient, the physician still remains to be the authoritative voice in making the diagnosis.

Advanced Abilities CEO Angelo Antonio Buendia explained that what the system is able to do is to highlight immediately the healthcare concerns in the results, and in a simplification of the system, likened it to autocorrect for word processing applications. The system analyzes results based on millions of past cases and gives a recommendation to healthcare providers, but the final say remains with the actual medical professional. It will not replace doctors, Buendia said.

The AI system is also said to be flexible and could later be adapted to other testing procedures such as CT scans and mammography.

Argos said they’ve been looking for an AI-powered, computer-aided detection system for three years now, and amid what he described to be a confluence of factors, Advanced Abilities came in at just the right time with the right technology.

Buendia said they are also working with local government units so that the system may find its way to more hospitals in the future. – Rappler.com