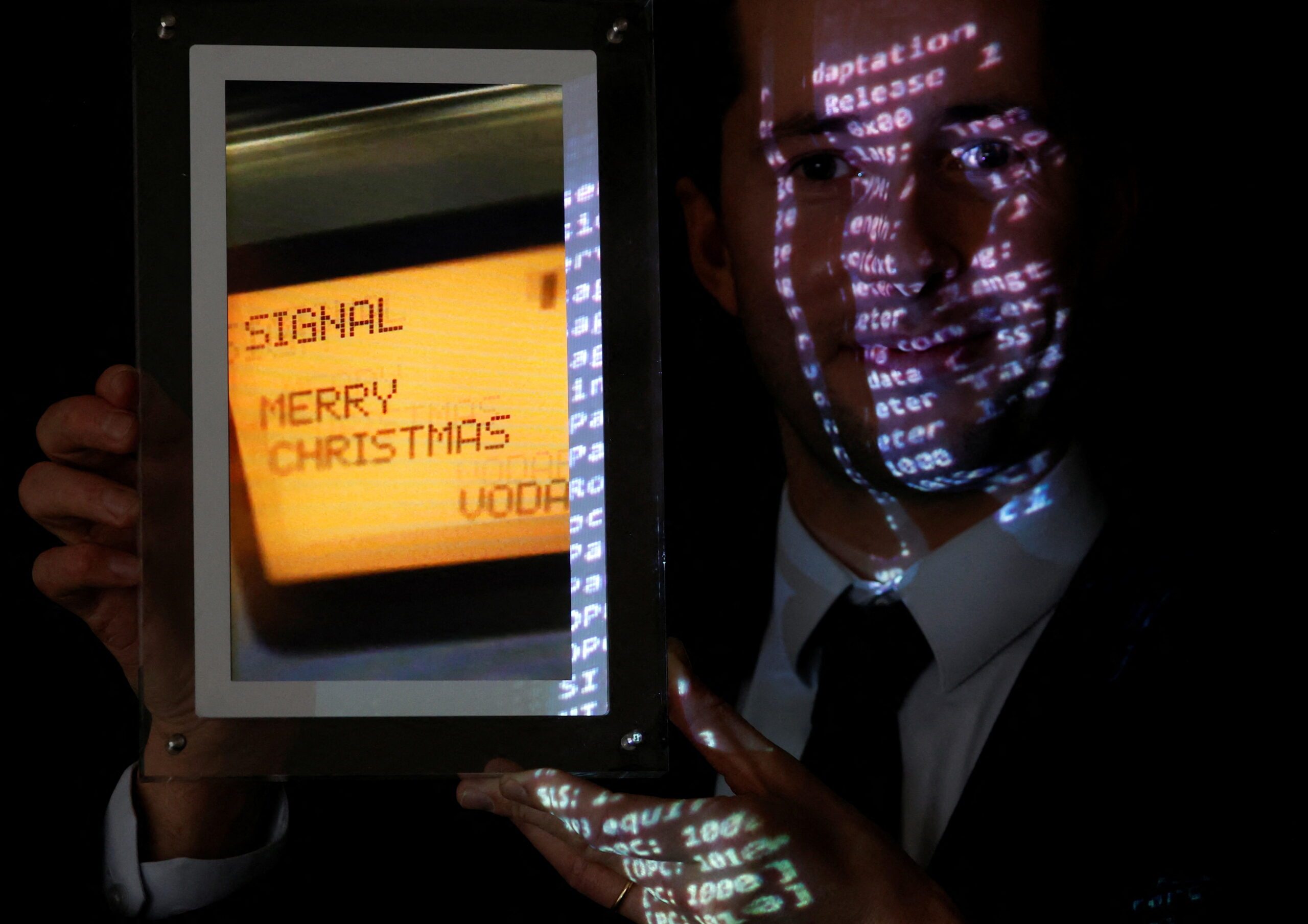 The text, which was sent on December 3, 1992, was put up for auction by the British telecoms company Vodafone.

Vodafone engineer Neil Papworth sent the SMS from his computer to a manager in the United Kingdom, who received it on his 2-kg (4 lb) “Orbitel” telephone – similar to a desk phone but cordless and with a handle.

“They were in the middle of end-of-year events so he sent him the message ‘Merry Christmas’,” said Maximilien Aguttes, head of development for the Aguttes Auction House.

Non-Fungible Tokens, or NFTs, are a type of digital asset that has surged in popularity this year, with NFT artworks selling for millions of dollars.

Traded since around 2017, these digital objects, which encompass images, video, music and text, exist on blockchain, a record of transactions kept on networked computers. Each NFT has a unique digital signature.

The selling of intangible goods is not legal in France and so the auction house has packaged the text message in a digital frame, displaying the code and communication protocol, Aguttes said.

The buyer will receive the replica of the original communication protocol that transmitted the SMS and proceeds will go to the United Nations Refugee Agency UNHCR. – Rappler.com