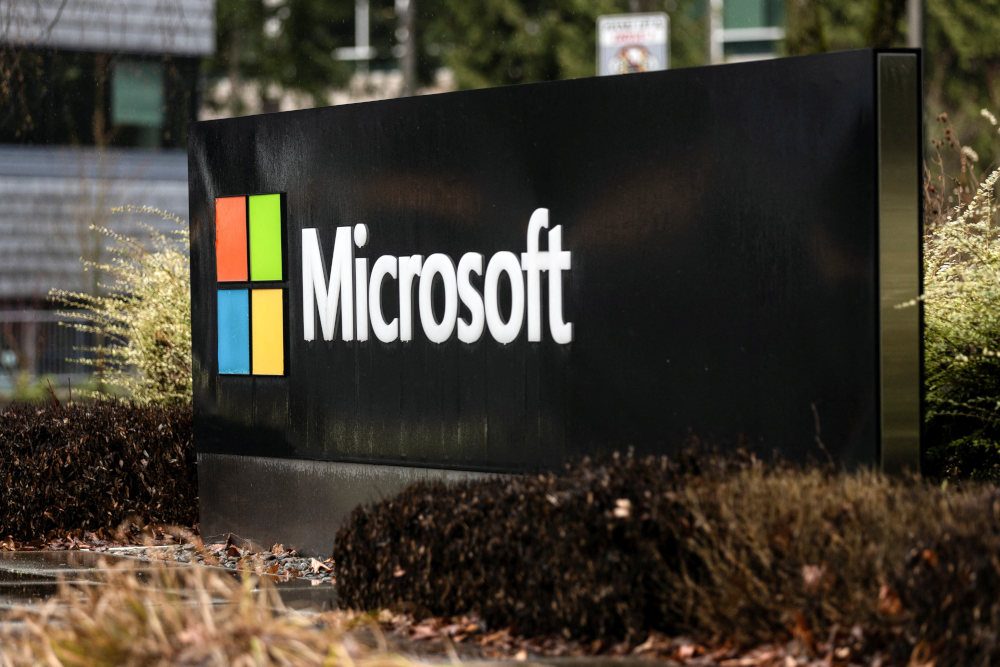 MICROSOFT. Microsoft signage is seen at the company's headquarters in Redmond, Washington, USA, on January 18, 2023.

Facebook Twitter Copy URL
Copied
The layoffs add to the tens of thousands announced in recent months across the technology sector, which has downshifted following a strong growth period during the pandemic

DAVOS, Switzerland – Microsoft Corp on Wednesday, January 18, said it would eliminate 10,000 jobs and take a $1.2 billion charge to earnings, as its cloud-computing customers reassess their spending and the company braces for potential recession.

The layoffs add to the tens of thousands announced in recent months across the technology sector, which has downshifted following a strong growth period during the pandemic.

The news comes even as the software maker is set to ramp up spending in generative artificial intelligence that the industry sees as the new bright spot.

In a note to employees, CEO Satya Nadella attempted to address the divergent outlook for different parts of the business.

Customers wanted to “optimize their digital spend to do more with less” and “exercise caution as some parts of the world are in a recession and other parts are anticipating one,” he said. “At the same time, the next major wave of computing is being born with advances in AI.”

Nadella said the layoffs, affecting less than 5% of Microsoft’s workforce, would conclude by the end of March, with notifications beginning Wednesday.

However, Microsoft would keep hiring in “strategic areas,” he said. AI is likely to be one of those areas. Nadella this week touted AI to world leaders gathered in Davos, Switzerland, claiming the technology would transform its products and touch people around the globe.

Microsoft has looked at adding to its $1-billion stake in OpenAI, the startup behind the Silicon Valley chatbot sensation known as ChatGPT, which Microsoft plans to soon market through its cloud service.

Shares of the Redmond, Washington-based company ended 2% lower on Wednesday.

The announcement corresponds with the start of layoffs at its retail and cloud-computing rival Amazon.com, which started notifying employees Wednesday of its own 18,000-person job cuts.

In an internal memo seen by Reuters, Amazon said that affected workers in the United States, Canada and Costa Rica would be informed by the end of the day. Employees in China will be notified after the Chinese New Year.

Overall, in 2022, more than 97,000 job cuts in tech were announced, the highest for the sector since 2002, when 131,000 cuts were announced, according to outplacement firm Challenger, Gray & Christmas.

Microsoft is terminating 878 full-time workers at its Redmond headquarters, according to an update on Washington State’s Worker Adjustment and Retraining Notification (WARN) page. Under US law, most employers are required to report staff cuts affecting 50 or more workers at a single location.

Microsoft’s billion-dollar charge will cut profit by 12 cents a share in the company’s second fiscal quarter this year, and could resonate beyond the tech sector, some analysts said.

“Here’s one of the marquee growth companies with a very distinct user base saying that perhaps economic conditions aren’t nearly as good as we thought they were,” said Brian Frank, a portfolio manager at Frank Funds who has owned Microsoft stock on and off over the last several years.

The charge is attributable to severance costs as well as adjustments to Microsoft’s hardware lineup and lease consolidation to build higher-density workspaces, Nadella said.

Microsoft declined to detail the hardware changes or say if it would stop developing any product line.

Microsoft’s cloud revenues soared in recent years from an explosion in corporate demand to host data online and handle computing in the so-called cloud. But growth slowed to 35% in the first fiscal quarter of 2023, and the company projects more cooling to come. In July last year, it said a small number of roles had been eliminated. – Rappler.com