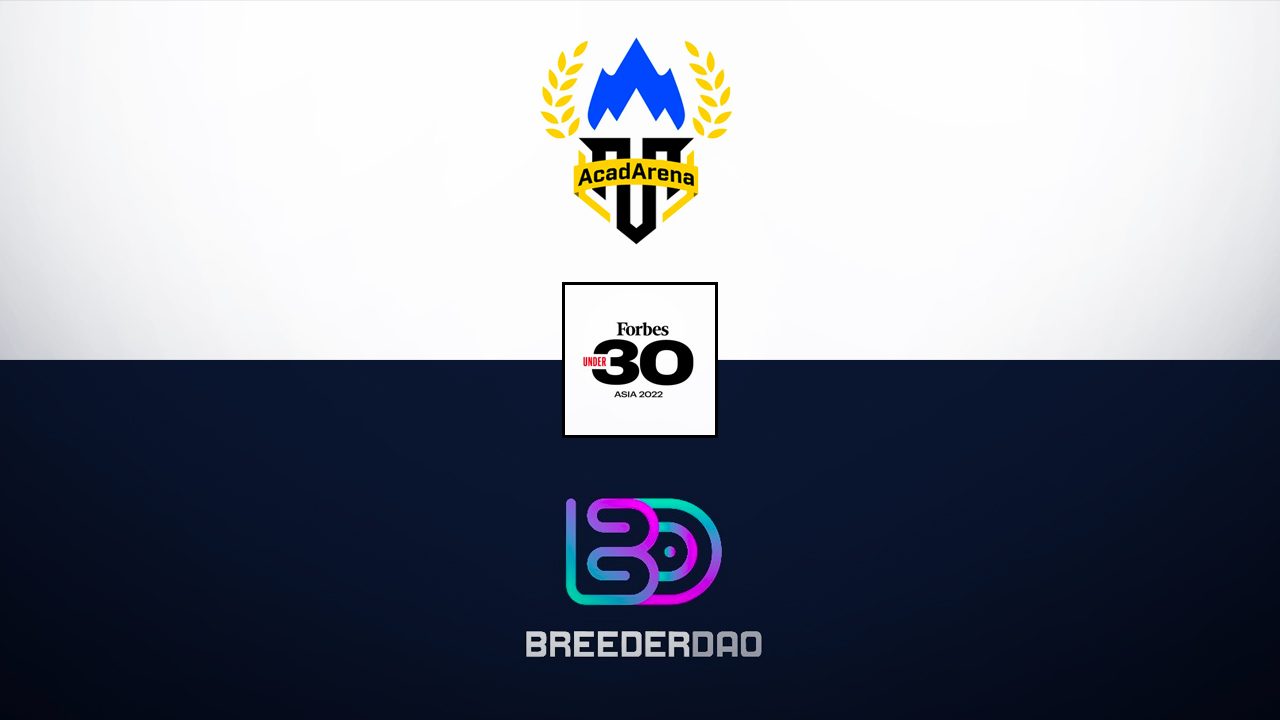 MANILA, Philippines – Forbes on Thursday, May 26, announced its seventh annual “30 Under 30 Asia” list, featuring more than 300 young changemakers in the Asia-Pacific region driving innovation in their respective fields.

The individuals chosen are spread across 10 categories, with each category featuring at least 30 notable honorees. There are at times more than 30 honorees in each category as some startups have more than one founder, but are counted collectively as one.

Under the consumer technology category, the founders of two Filipino startups were chosen: Justin Banusing, 22, Kevin Hoang, 29, and Ariane Lim, 28 from esports startup AcadArena; and Jeth Lorenz Ang, 27, Renz Carlo Chong, 26, and Nicolo Alfonso Odulio, 28 from BreederDAO, a startup specializing in breeding and crafting NFT characters and game items to be used in play-to-earn games.

Founded in 2019, AcadArena provides assistance to student gamers in Southeast Asia to allow them to compete in international esports tournaments. The organization currently has 600 partner schools, covering about 100,000 students, and helps put up gaming clubs and communities within the schools. Forbes said that AcadArena was able to raise $3.5 million in seed funding in December 2021 with backers such as Iterative Capital, Infinity Ventures Crypto, and Kevin Lin, the cofounder of videogame streaming platform Twitch.

On the other hand, BreederDAO helps players become more competitive in play-to-earn games such as Axie Infinity, Sipher, Cyball, and Crabada. They charge players or play-to-earn gaming guilds to create well-crafted playable NFTs that would allow players to have a better chance at winning. Forbes reported that in January 2022, two months after its launch, BreederDAO was able to raise $10 million in series A funding co-led by Andreessen Horowitz’s a16z, one of the most prominent investors in the NFT and Web3 space, and Delphi Digital.

Other Philippine-based individuals or companies include Victor Lim for Kraver’s Canteen, a multi-brand cloud kitchen network he co-founded in 2020; Kevin Zhang for tech-driven logistics startup Inteluck which he founded in the Philippines 8 years ago; Billie Dumaliang who cofounded Masungi Georeserve, a geotourism project of more than 2,700 hectares in Rizal Province; and Shawntel Nicole Martinez Nieto who launched the One Cainta Food Program, which has helped provide food to 400,000 Filipinos since the start of the pandemic.

Forbes said in a press release, “Selected from over 4,000 nominations, a record number for the Asia list, researched by Forbes journalists from across the region and vetted by industry veterans, this select group of relentless individuals are disrupting industries and tackling major global issues.

The criteria for honorees making the list include their demonstration of leadership, how they embody the entrepreneurial spirit that is synonymous with Forbes, and their potential of success in their industry. Other factors like innovation, disruption – and size and growth of their ventures in some categories – play a role in making the final decision.” – Rappler.com