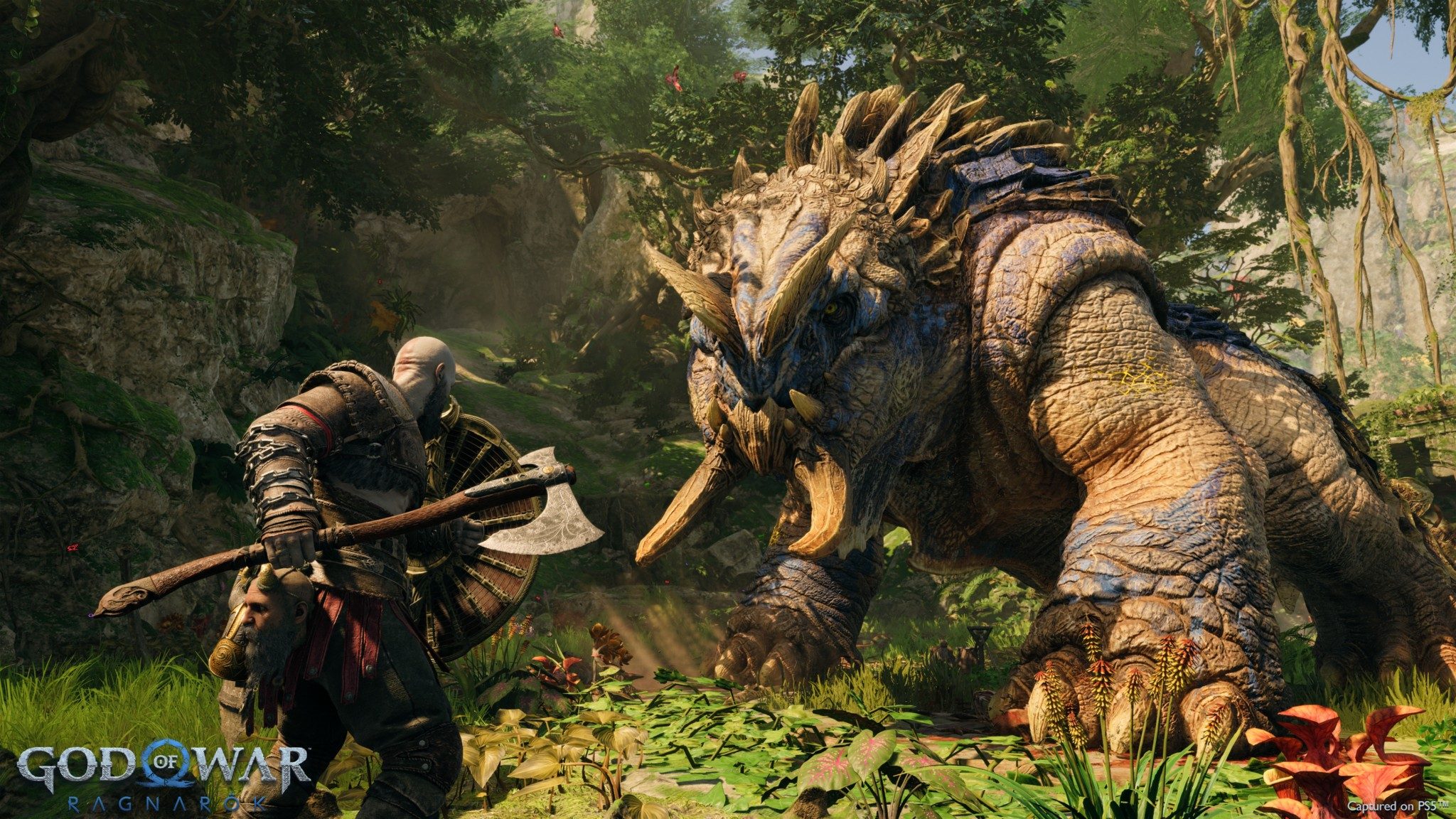 RAGNAROK. New runic attacks and passive and active abilities to use against enemies are found all over the nine realms if you explore well enough.

God of War Ragnarok finally releases on November 9, and if the early impressions are not enough to help you judge whether or not you need to get on the hype train, perhaps this full review will. I have spent 52 hours playing this game, and right off the bat, if there is one amendment I can make about the early impressions article, it would be that I did not hype it quite enough.

Indeed, Santa Monica Studio has reapplied their Game of the Year winning formula to God of War Ragnarok, but past the first 4-6 hours of the game, you are treated to a masterclass of how great sequels are done. God of War Ragnarok has the best features of the 2018 God of War title, but bigger and better, and any changes Santa Monica has introduced have only given this game more reasons to be loved.

(Note that this article will have some mild spoilers from here on out. Some gameplay is tied closely to the narrative.)

The game takes you on a rollercoaster ride from the beginning, thanks to the aftermath of the events in the last title. With the gods of the realm kicking things off and Fimbulwinter descending upon the lands, Kratos and Atreus can barely catch their breath as they figure out a way to avoid chaos and further destruction of their lives and the lives of those around them.

This time Kratos is not the only one taking the reins. Atreus, who has grown to be a more capable warrior, becomes a useful battle companion to Kratos and gains the courage to lead his own missions. Yes, that involves players controlling Atreus as he begins his journey of discovery. This entails coming with his own fighting style, weapons and companions.

Don’t worry. Kratos is not short-changed in this sequel. Kratos’ combat system has more depth thanks to the new tools and tricks at his disposal. Apply status effects, slow time, enhance damage with Atreus’s help, and keep your enemies guessing by switching weapons and runic abilities. So, while mashing buttons may give you the same results, learning to use and chain new techniques is extremely useful and more satisfying as Kratos faces new challenging enemies.

Speaking of satisfying challenges, the best part of this game is its story. God of War Ragnarok reaches new depths and nuance as it tackles the very human problems of gods. While God of War (2018) showed Kratos’ transformation from god to dad, this sequel takes on plenty more themes: fatherhood, family, revenge, justice, heroism, destiny, friendship, loyalty, sacrifice, grief, and more.

It almost feels like a reforged dramatic telling of a classic mythological story, even with Santa Monica’s creative changes to the original lore. Throw away your expectations based on Marvel’s franchises. The writers did an incredible job weaving an epic in this video game. It leaves me satisfied and wanting more.

Thankfully, there is more. Of course, there are the side quests that we love because we enjoy gratuitous displays of violence. It is a Kratos signature, after all. But plenty of side quests also make for a significant part of the story. While it doesn’t change the main course of events, the side quests, or “favors” as they are called in the game, give you more insight into the lore, the realms, and the motivations of characters.

Pursuing these side quests becomes a rewarding experience because of the loot and the outstanding balance of substantial dialogue and playful banter. There are plenty of favorite moments to be plucked from just exploring the nine realms and lending an extra hand to the characters when they ask for it.

We get to experience all these quests in the beautiful backdrop of a world more extensive than the one in the 2018 title. That said, I appreciate that Santa Monica has found a good balance of map size, landmarks, and quests.

The nine realms do not have the same problems most open-world games have. The map doesn’t feel huge but empty and filled with quests that do not matter at all. And, not all realms are the same either. Every realm has its own set of distinct environments and challenges to deal with.

By the time you’re done with the main story, there is still some post-game content for you to enjoy. Some will unravel right before you, and others will require a bit more snooping around throughout all the nine realms. I won’t give out more details to avoid spoilers, but I advise you to keep exploring. You may find some rewarding story-based surprises if you look and listen closely.

Now, the game does have its flaws. But at this point, it feels just a bit nitpicky. For those who are concerned however, there are minor but hilarious bugs. Some performance optimization in resolution mode still remains to be done. Some missions or environments experience dramatic framerate drops. But the visual differences between performance and resolution mode are now relatively minor. For this, I hope a small update post launch will suffice.

Sequels always risk becoming a disappointment because the novelty of a title wears off. For God of War Ragnarok, it was a concern merely because its 2018 predecessor has set the bar incredibly high. Sure, plenty of God of War fans know they will enjoy Ragnarok because they trust the quality of the 2018 title.

But I’m also happy to share that after 50-plus hours of God of War Ragnarok, the game is not only better than God of War (2018) but also an incredible experience overall and a strong contender for Game of the Year. – Rappler.com