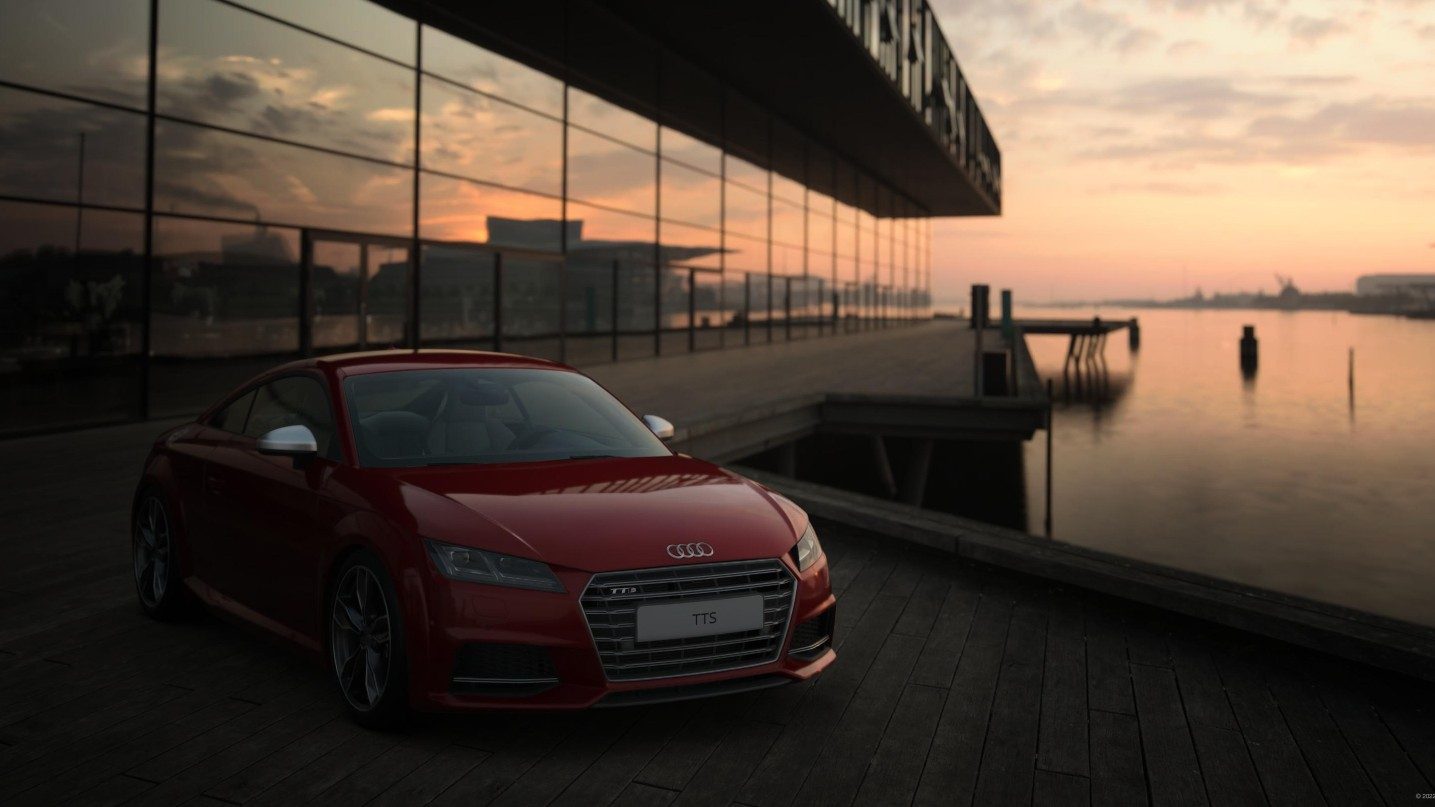 (Disclosure: Sony provided a copy of the game for this review.)

Gran Turismo is a classic that any longtime PlayStation user will remember, if not hold close to heart. Nearly every gamer I know using the same console has his or her unique experiences over the last two decades with the popular car simulator, which now capitalizes on nostalgic elements to launch its 25th anniversary edition.

“The theme of GT7 is to convey the allure and culture of cars,” Kazunori Yamauchi, president of Polyphony Digital, said in a statement.

That promise is fulfilled immediately as the opening montage of the game highlights automobile history, starting with images of 3-wheelers in black and white (from the late 19th century) to virtual representations of modern racing tracks and 4-wheelers. There are slideshows demonstrating the story of every major car brand one can think of, whether American, European, or Asian.

The life trajectory of Lewis Hamilton, who pundits argue is in the running for greatest Formula 1 racer of all time, is also present in the game, which shows again just how wide-ranging its coverage of car culture is, while also paying homage to a high-profile sports celebrity who has shared about his admiration of the franchise.

As always, you can buy and sell cars, and tune them to your specifications, and in this seventh iteration, race them in over 90 different race tracks in the three aforementioned regions with variety on weather conditions, and ground structure.

Let’s breakdown some of the key modes and features of the game:

The lone offline function of the game, as other activities require users to be online and by extension, own a PlayStation+ membership. It’s a great introduction to Gran Turismo for any newcomer or someone who hasn’t touched the franchise in a long time, which was the case for me.

Although the purpose of the rally is to enjoy a smooth drive while matching your maneuvers to the beat of songs from different genres (the game has a stellar soundtrack), it can still prove quite challenging, especially when aiming for a trophy finish. Users must keep crossing checkpoints with banners displaying “music rally” to keep extending the remaining time, keeping in mind that the goal is to cover as much distance as possible.

As far as warming up goes, it’s fun, engaging, and rewarding.

The café is the main hub to progress in the game. With the aid of a virtual assistant named Luca, it’s in the menu book where players will find missions and activities to unlock new tasks, earn cars to improve collector level, store trophies, and gather collections.

Most missions can be found through the menu book, which requires placing in the podium or winning races to accumulate new cars and race tracks. Each mission has a designated reward, like collecting Japanese compact cars, European hot hatches, or other sports vehicles.

Once a task is completed, valuable information on the history of the car types is presented. It doesn’t always feel rewarding, but the intricate explanations are well-researched.

The garage is your home base. It’s where you can change your current car of choice – I’ve mostly enjoyed driving and upgrading my Audi TTS Coupe ’14 – fix the vehicle’s settings, open gifts earned through racing accomplishments, or view one of the over 400 different automobile choices GT7 has to offer.

The last bit is remarkable given the amount of detail one can find about each car, as Polyphony does an impressive job providing background information on specific vehicles, covering all bases. If nothing, it’s a place to geek out about cars.

The main upgrade center for your cars is at the tuning shop, where one can make meticulous upgrades in five categories: sports, club sports, semi-racing, racing, and extreme (think nitro speed).

Participating in races earns players their credits, which can be used to purchase sports computers, air filters, mufflers, brake pads, suspension, weight reduction, and wheel types, among plenty other options. The process is relatively simple for casual race gamers, but impactful enough for those who want their automobiles modified to the final detail.

Some races will have specific requirements for entrance – like having a vehicle which was manufactured from a certain country – and equipment regulations. These tuning upgrades can increase the performance points of each vehicle that goes through the bender, which gives players a competitive chance to win tougher races.

Winning as an underdog, as difficult as it can sometimes be, also has its perks.

The main hub where you’ll find different tracks spread throughout three regions. Feel like racing in the Tokyo Expressway? How about the Sardegna Road Track in Italy? Each track has varying layouts and gameplay can even be customized, like toggling between a time trial or a drift trial.

There will be instances where players will have to get used to certain circuits before coming out victorious, or choose a car to race with that is suited for the environmental conditions.

For example: if there’s ton of greenery and road space to maneuver is narrow, it’s best not to always have a need for speed, unless you don’t mind skidding when the acceleration gets too tough to control.

The Gran Turismo staple is as fun as ever, but as you’d expect, things can also get pretty difficult for casual players. There are five types to attain: National B and A, International B and A, and a super license.

Playing certain levels will require a certain license qualification, which can be good for the player given that it will force one to improve on racing fundamentals – especially the newbies. Certain tasks that will require multiple tries can get quite frustrating, but the lessons will carry over to actual races and prove to be very helpful in attaining gold or silver.

As someone who’s been driving in the roads of Metro Manila since 2009, the lessons also refreshed my own memory on what’s right and not when driving in real life.

Ah, the good stuff. This is where players will find major automobile brands manufactured in well-known countries to fully immerse themselves in, such as Jaguar (UK), BMW (Germany), Ferrari (Italy), Honda (Japan), Chevrolet (USA), and countless others.

In addition to the showroom where vehicles can be purchased (at a higher credit requirement), most brands have their own museums where historical information and timelines can be found about their rise to prominence in another example of the effort Polyphony has made to promote car culture.

Essentially side missions, this function puts the player in specific situations where they have to complete certain tasks, like overtaking a number of vehicles in a short track with only one lap in play.

It’s a superb way to test how far each person has come in their Gran Turismo gaming experience, for even the slightest mistake can distinguish a win from a loss in a heartbeat.

One of the game’s premier functions that essentially plays the role of photo mode. The beauty here is the ability to put one’s collected vehicles in over 2,500 virtual landmarks – such as downtown Manhattan or Morocco’s dessert – for opportunistic HDR camera shots.

Ray tracing is one of GT7’s best traits and should be absolutely utilized when finding the perfect shot to show off that beautiful vehicle that’s begging to be highlighted on center stage.

Players will also have the option to prioritize ray tracing when beginning their GT adventure, which is recommended by both the game and this writer.

If your real-life car needs to be pampered every now and then, so does your GT7 ride. At the GT Auto shop, players will get to do maintenance and servicing to remedy the wear and tear on their vehicles, customize their rides based on diverse stylish options, or gather new gear for the driver to look the part of a worldwide racing sensation.

Compete against other racers in the world who belong in the same classification, or utilize the old-school method of going up against someone right next to you through local multiplayer, where you can determine the track, vehicle of choice, and even weather condition.

Oh, and let’s not forget the close-proximity trash talk.

While Gran Turismo has enough objectives to complete and vehicles to collect to keep its players committed to the cause, it is a bit disappointing that there isn’t a role-playing campaign that can further take advantage of the aesthetic beauties the game has to offer.

Sure, that may have never been the main allure of the franchise, but given the advancements of console engines and the groundwork Polyphony has set up in terms of having vast information on car culture, hopefully it’s an area they will aim to explore in the future.

The haptic feedback on the DualSense controller can mimic the feeling of steering an actual racing wheel in the heat of battle. It’s great how the vibration feels different when you’ve just upgraded your car, and it shines during certain moments such as when you’re overtaking a rival that’s ahead of you. There are also instances where certain vibrations will give you a hint as to whether or not your vehicle is about to skid off the track or zoom to the finish line.

The game accomplishes the rare trait of ensuring newcomers are given a delightful racing experience without being too overwhelmed by the science of automobiles, and providing long-time players and car enthusiasts the opportunity to tinker with vehicular functions.

See a huge rain cloud about to arrive ahead of the track? Well, I hope you selected the right tires to install!

GT7 can turn any clueless driver into a car enthusiast overnight. How long that and its other appeals can keep someone playing the same game for extended periods of time is another question. But purely as a celebration of car culture? Oh, it’s up there. You can see that the love that Polyphony has for cars has never faded even 25 years after the first game. Other racing games show off car culture. Gran Turismo 7 embodies it.

While there is surely an attempt to appeal to more casual players with modes like Music Rally – and certainly there is fun to be had learning about automotive history, and this game will likely convert some to become a car geek – this game is still stickiest for those who already have an inclination towards car culture. This is the kind of game that takes time for one to truly appreciate its depth and detail. – Rappler.com