MANILA, Philippines – Several Facebook users were locked out of their accounts recently, and speculations surfaced – among them, possible attempts to hijack or take down accounts, many involved in anti-Marcos protests.

On November 25, Facebook user Jan Belmonte, an alumnus of the Ateneo de Manila University and a former Rappler employee, was able to collect a list of hundreds of students and alumni who were notified about suspicious activity on their accounts.

Belmonte, whose tips on Internet security went viral and was reported on by several local news organizations last week, cited “simple explanations” on the incident:

According to Belmonte, the accounts he listed had several things in common: they were owned by university students in Metro Manila, and at least once, they had all posted against the burial of the late president Ferdinand Marcos at the Libingan ng mga Bayani.

The extent of the lockout varied. After receiving a prompt that said “Your account is temporarily locked”, the users were asked to go through a checkpoint, where Facebook asked them to review their recent activity. Some users were able to regain access after this step, while some were completely barred.

They were real people using real names, who had to create new accounts, Belmonte said. 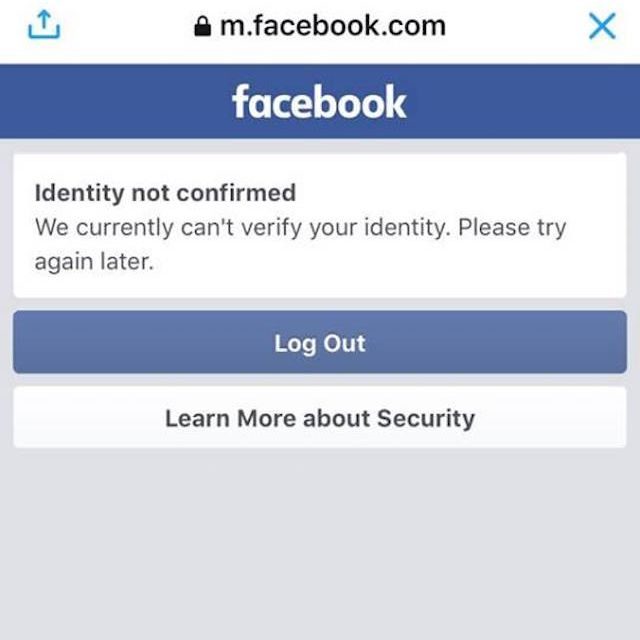 On November 19, a few days before the hacking incidents, a Facebook page called “Duterte Cyber Warriors” announced they have a “DCW mobile offensive tool” that can monitor wi-fi and cellphone traffic within tens of feet to disrupt the communication of people joining the anti-Marcos rally.

On Tuesday, November 29, however, the group asked why they were blamed for the alleged “hacking”, saying that the lockouts could have been caused by malware, a bug, or “incorrect posts” that were reported en masse by other users.

When the multiple account lockouts were brought to the attention of Facebook, the social media platform apologized.

“Security is a top priority for Facebook, and we devote significant resources to helping people protect their accounts and information. We’ve built numerous defenses to combat phishing and malware, including complex automated systems that work behind the scenes to detect and flag Facebook accounts that are likely to be compromised.”

Furthermore, Facebook said, “In this instance, these systems prompted us to ask a set of people to secure their accounts and the precautionary step was not needed in this case. This was also due to a bug in the system so we have removed the messages and the impacted people should now be able to access their accounts normally. We apologise for any inconvenience we caused.”

According to Facebook, one report is enough to take down content if it violates their policies. Similarly, multiple reports will not necessarily lead to the removal of content if Facebook’s standards are not violated.

Nevertheless, Belmonte said the best thing to do in circumstances like this is to take the necessary steps to secure your Facebook accounts. – Rappler.com